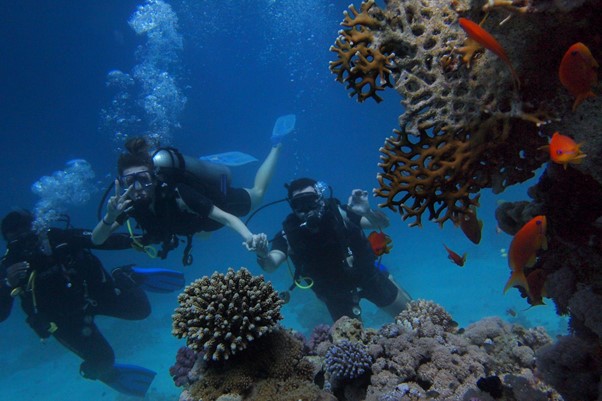 Egypt is the land of pharaohs and great ancient civilization located in the northeast corner of Africa, bordered by the Mediterranean sea in the north, the red sea in the east, and the precious Nile.

Egypt has both ancient and modern civilization which makes it one of the best tourism places in the world and has amazing weather throughout the year, suitable for all tourists from all over the world.

One of the best advantages of Egypt is its people, they are very welcoming and kind which makes tourist feels at home.
Let me take you on a tour around the best place to visit in Egypt.

Top 10 place to visit in Egypt

1. The Pyramids Of Giza:

The burial chambers of kings are still missing and the question of how pharaohs built the pyramids has not received a wholly satisfactory answer. The most common one is that the Egyptians employed a sloping and encircling embankment of brick, earth, and sand, which was increased in height and in length as the pyramid rose; stone blocks were hauled up the ramp by means of sleds, rollers, and levers.

Pyramids were constructed by large work gangs over a period of many years. The Great pyramid age spans over a thousand years, starting in the third dynasty and ending in the Second Intermediate Period. The Greek historian Herodotus was told that it took 100,000 men 20 years to build it. 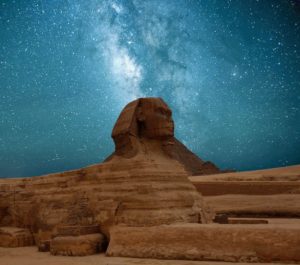 To the south of the Great Pyramid  lies the Sphinx, it’s a structure of a mythical creature known as(Abu Alhawl) which literally means in Arabic. (Father of dread) it is a terrifying name for such an amazing statue, don’t miss visiting it. 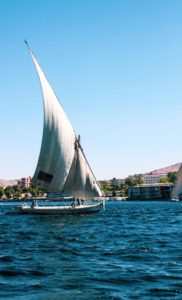 According to the famous Greek historian Herodotus, “Egypt is the gift of the Nile”.

The Nile is the gift of goods according to many old myths as its flood and overflow give the land fertility. To have a Nile cruise for multi-days is a unique experience for all visitors and a good chance to get relaxation and enjoy the sunrise and sunset. Cruising the Nile River between Luxor and Aswan to enjoy the sight and never miss the following 5 famous places(Wadi El Molouk, Temple Of Luxor, Temple of Karnak, Temple of Luxor, Temple of Komombo, Temple of Feyla). 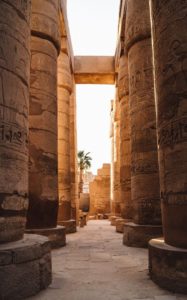 They are 2 cities in the south of Egypt that have many famous historical unique places and natural sights that attract tourists from all over the world. Here are so many places you should put on your agenda when visiting this two cities:

Karnak Temple is one of the oldest temples in the world (Tareek Alkebash).

Temple of Luxor has 2 great statues of King Ramses ii and many other unique pieces.

You can reach it by felucca boat and enjoy the history and beauty of nature in the same place. 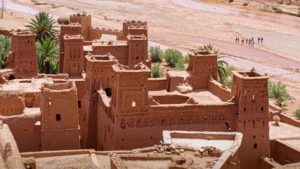 Located in the west of the west desert approximately about 350 km from Cairo, a gorgeous oasis surrounded by palm and olive trees. Characterized by numerous hot water springs known as Cleopatra’s Spring or Cleopatra’s pool as it is a natural spring water stone pool where visitors enjoy the benefits of a spring bath among the town of Siwa.

Siwa offers many places for tourists to visit like The Shali where tourists climb up the melted mound of mud and salt that is the traditional Siwan construction material so they can see the view of dates and olives. The Salt Lakes attract people to Siwa all year round, with its health benefit for its high concentration of salt, the Temple of the Oracle where Alexander the Great is said to have come to receive advice.

Lies in the foothills of Moses Mountain 5012 feet above sea level, this desert monastery is home to an incredible collection of religious iconography and historical structure. It was built by Emperor Justinian for himself and his wife. For most visitors, the trip involves a hike up mountain Sinai to see sunrise or sunset and riding camels in the desert.

This is one of the world’s great museums and one of the best place to visit in Egypt. It is also the oldest archaeological museum in the Middle East wherein each step you can see a wonderful piece of ancient art or magnificent statue like the complete burials of Yuya and Thuya, Narmer Palette commemorating the unification of Upper and Lower Egypt under one king.

The museum also houses the splendid statues of the great kings Khufu, Khafre, and Menkaure, the builders of the pyramids at the Giza plateau.

Cairo houses many famous mosques which represent the Islamic civilization.

This mosque stands in the heart of Al Sayeda square with three gateways leading directly to the mosque. Both mosque and square are named after Al Sayeda Zeinab the granddaughter of the Prophet. It covers 18000m with a capacity of 15000 worshippers. I recommend visiting Al-Azhar Mosque, Sultan Hassan Mosque, and the shopping souk of Khan el-Khalili, where coppersmiths still have their tiny workshops. 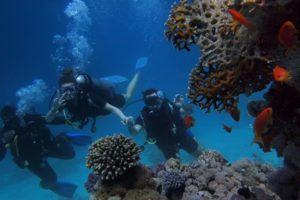 It is located on the east side of Egypt, below its surface another fascinating world where coral reefs are renowned among scuba divers for both the soft corals on display and the vast amount of sea life, ranging from colorful reef fish and nudibranchs to sharks, dolphins, turtles, rays, and even dugongs.

Don’t miss your diving trip in the reefs of Ras Mohammed National Park and the reefs of the Straits of Tiran.

Saqqara is among the best place to visit in Egypt. It is located near Cairo, Saqqara is best known for its Old Kingdom Step Pyramid, which shows how Ancient Egyptian architects advanced their engineering knowledge to finally create a true pyramid shape.

Located in the south of Bahariya Oasis in the western desert, It is truly white, in clear contrast with the yellow desert elsewhere.

The rock formations of the desert are the weird rock balancing, on top of a white pillar and huge boulders loom over the desert plateau. Many of the organized trips here include overnight stays out in the desert. At night, it looks like something out of a science fiction movie.

At the end of the tour, you should never forget (welcome to Egypt).