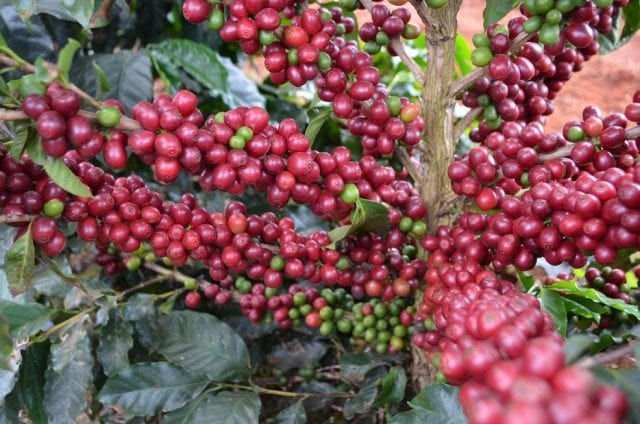 Coffee was discovered in Eastern Africa in an area known as Ethiopia. A popular legend tells of a goat herder named Kaldi. One day he noticed his goats acting frisky after eating berries from a bush. Kaldi tried the berries. He found he had renewed energy.

The news of this amazing fruit spread throughout the region. Monks started drying the berries to transport to distant monasteries. They reconstituted the berries by soaking them in water. They would eat the fruit and drink the liquid to provide stimulation for a more awakened prayer time. The berries were transported from Ethiopia to the Arabian peninsula and were first cultivated in Yemen. This amazing fruit travelled to Turkey where the beans were roasted for the first time over fires. The beans were crushed and boiled in water, creating a crude version of the coffee of today.

Coffee’s journey reached the European continent through Venetian trade merchants. The Catholics were totally against drinking it. In fact, they thought the Pope should ban it, calling it the “Drink of the Devil’. However, the pope had already become an avid coffee drinker. He liked it so much that he blessed it.

In the 1700s coffee made its way to the Americas through a French infantry captain. He travelled with a small plant. It was then transplanted to the Caribbean Island of Martinique. There grew 19 million trees within 50 years. Coffee was declared the national drink of the colonized U.S. by Congress.

Today coffee is a giant global industry employing more than 20 million people. This commodity ranks second only to Petroleum in its dollars traded worldwide. There are 4 billion cups consumed every year. Coffee is the world’s most popular beverage. In Brazil, over 5 million people are employed in cultivating and harvesting over 3 billion coffee plants. Sales of premium speciality coffees have skyrocketed. Sales have reached the multi-billion dollar level and increase annually.

Well, that is the history of coffee originating from the African continent. It all started with a farmer wanting more energy. Even today most of the world wakes up to a cup of coffee to start their day.