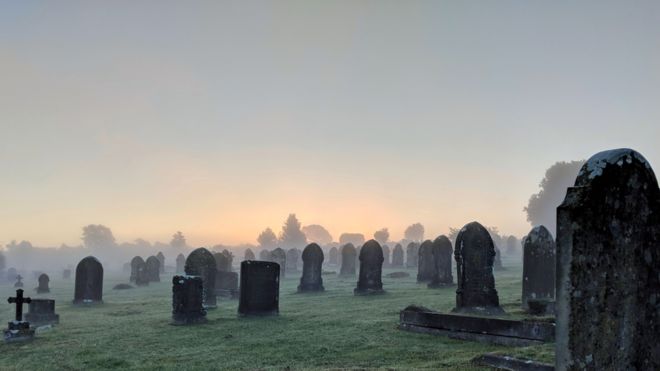 Before now I saw death as an absence. Absence like you are no longer there, absence like Mazi  Okorie would set out to the farm to harvest his yams and Mazi  Okoro wouldn’t meet him at home when he comes to borrow snuff. Or absence like when mother would send Ejima to the stream to fetch water, and Adanna would call out for her to come set the fire for the night dinner and only the echo of her voice would heed her call. Or maybe more personal an absence, like when I cleaned my only shoe, rubbing in kernel oil to shine, all to impress Obiageri at the 7:00 am mass only to discover her body decided to fall ill to malaria that Sunday of all Sundays. I always felt death was this sort of absence.

I saw the limp body of Chibueze as one of such absence, for this child has been one that had brought more downpour than sunshine to the parents. Downpour of tears that flowed ceaselessly as his convulsion came without sympathy to his melancholic parent, at least now they had one less sorrow to grieve for.

Mazi Ibiakwa was another absence every villager could happily attest to, who won’t be glad at the absence of the village loafer who makes palm wine drinking his only hobby and stealing of villagers farm produce his only trade? even his wife, Nwamaka was relieved at his absence, for one less shame and burden has she got to contend with.

But the death of Mama Ugoma taught me a different theory. My grandmother of a hundred and more years’ death didn’t leave an absence, for what absence would one say of a person whose life told stories a thousand moonlight would never surmount? what absence would we say of one whose presence instilled peace to the heart of wearying parties even before she spoke.

One whose words of wisdom and experience helped solve the age-long rift between our village and Umueze village. One whose patience and diligence brought for the family the long lost glory of the lineage of illustrious sons, for her grandson was the first to travel to “obodo oyinbo” on scholarship to study “dokito” and build the first hospital in the village.

One who saw every child as gifted in his own way and refused to assent to the killing of Obizie when he was born with palsy, today isn’t Obizie known as “Obizie the great potter”? what absence would we say of a woman who loved even those that secretly called her a witch for living so long and yet so strong. Mama Ugoma’s death was no absence, it was a loss, a painful loss at that.

The loss left imprints of worthwhile memories in the heart of the bereaved. The loss left inspiration and virtue to draw from the life of the dead. The loss left everyone with ” what can we do without her?” and the answer is given by the legacy of the dead. My grandmother lived her life consciously making herself not a mere absence in death but a loss all humanity wished never to lose. And as l lay on my grandmother’s raffia mat reminiscing on how no one would dot on me as she did, I heard so loud her favorite adage to me,

“Nwam always learns to live a life that death beams as loss and not mere absence for therein lies the beauty of death.”