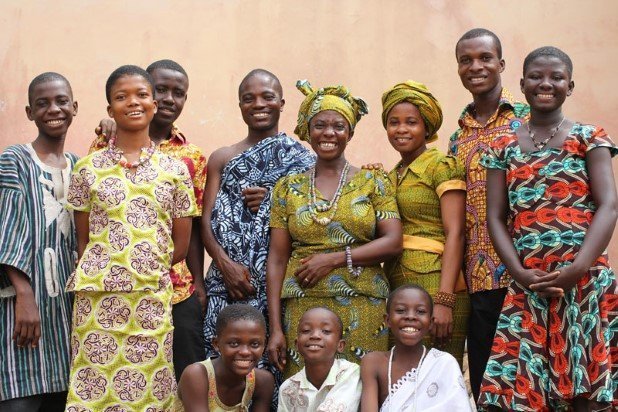 This is our family secret.

The overgrown state of Mama Udennaya’s farm was something to cringe the nose at in disapproval, no hardworking woman of Umudike village would leave her farm this unkept, more still after having planted crops on the land. No doubt the weeds will choke the growth of the crops, but to Mama Udennaya, the weeds had right to grow as much as the crops, more still it was mid into the rainy season, so no chance to weed the farm. Most persons secretly suspected she found joy in the flourishing of the weeds.

On a deeper reflection and gathering of information about Mama Udennaya and her farm, it was so much consolation that her land could yield anything useful, weeds or crops. Everyone knew when and how Mazi Udoka, Mama Udennaya late husband, died. After being plagued by various disease that got the family deep into debt in search of solution to the ailment, from village to village, herbalist to witch doctors, all to no avail. His death brought more sorrow of the debt left behind by the illness that still took his life, than the fact that his death was a loss to the household!

Mama Udennaya stricken with grief and confusion, could not think of how to extradite herself from the debt her husband’s death had brought, left with no other option than to sell all the lands meant for as an inheritance for her six children, particularly Udennaya, Udoka, Ifeanyi and Ebuka; her four sons. She consoled herself with their traditional proverb that ” a man who was alive will live to surpass the achievement of his father “. Her sons had to be alive to make this saying true, hence, the step she took.

” Udennaya, nwam, when you grow up and have your own business and money, you will buy all the lands in Umudike and beyond, and even build ‘ulelu’ for me” she replied her son’s sad disposition at their situation, laying emphasis on storey buildings- ulelu, her sons will build.

But her woes began when her husband’s kinsmen, got to find out and accused her of killing their brother and selling his lands. There was no magnitude of the assault she didn’t face, from scraping her hair bald, to swear an oath, by drinking water used in cleaning her husband’s corpse, to pledge her innocence. Still, they were not pacified.

The only land left that held little market value, which she decided to use in farming to sustain herself and her children, on her husband’s kinsmen hearing something was still left, they all came demanding she released it to them. At this point her complacency was spent out,

” How do you expect me and my children to feed and survive if you take this land from me? is it not enough that you have put me through all the humiliation and rites to prove my innocence? will you now turn us to beggars in Umudike because I’m a window that married from the Udenkwo family, I will rather join my husband in the grave than see any of you take the land from me! ” she swore, sweating in anger.

The council of elders judged the case in favour of Mama Udennaya, sighting the point that none of Mazi Udoka kinsmen was willing to take custody of any of their late brother’s children,

“Our brothers, please, leave the land for Mama Udennaya, for it will be second death to the family if this land is taken and they are left with no means of survival, loafing as beggars and miscreants, the gods forbid it” The elders said.

At this point, they resorted to diabolical means to get the land, from swelling of legs by whoever sets foot in the land to clear the grass for planting, to the terrible nightmare which Mama Udennaya experience night after night. Mama Udennaya too, not willing to accept defeat travelled to her maternal to seek for a solution and she got one.

After the harmattan came, and the villagers surprisingly saw Mama Udennaya and her children, clearing and burning the weeds, in preparation of the planting season. The questioning stares from everyone that passed by was one that needed an answer and that was one Mama Udennaya wouldn’t provide. For all she cared, her husband’s kinsmen said she won’t sleep and she had fed them with their own share of their migraine, if not worse.

When Ukamaka, Adaugo friend asked her, how they were able to put off their father’s kinsmen from the land, she simply laughed and said,

“Mama just told us, that life will not always give us what we want, even though we deserve it, we have to demand it and violently if needful”

“But what did she do”