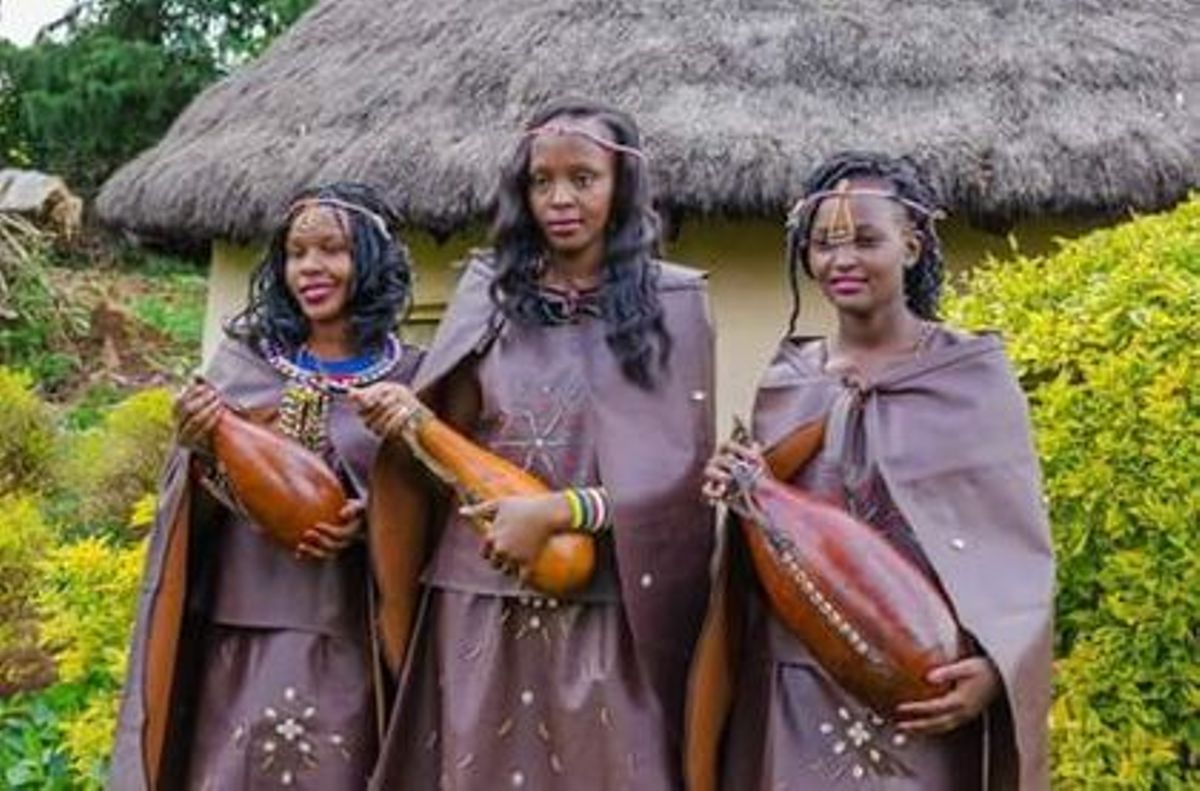 Seated in the heart of East Africa, Kenya is widely known for its unique diversity in languages, culture, and traditions. Kenya has 3 main language groups in which each tribe is included. The Bantus who occupy the Eastern, Coastal, and Central regions of Kenya, the Cushites who are known to live in the North-Eastern and the arid parts of Kenya and finally the Nilotes who occupy Rift valley and the western part of Kenya. There is also a known population of Kenyan Arabs, European and Asians.

The Bantu-speaking tribes form the macroscale include, Akamba, Kikuyu, Embu, Meru, Luhya, Taita, Mijikenda among others. The Bantus are mainly known to be farmers, they rely on agriculture and cultivation for food and ready money. The Mijikenda tribe is popular for giving rise to the popularity of the Swahili language which is widely spoken in Kenya as a second language alongside English. It is said that the Swahili language came from their interaction with the Arab and Persian traders.

The Cushitic tribes are popular for keeping exhaustive herds of Cattle, goats, sheep, and camels, they practice nomadic pastoralism. They include Boran, Somali, Gabbra, Boni, Rendille among others.
The Nilotic tribes were known for nomadic practices, hunting, gathering, and cattle herding. The tribes include Teso, Samburu, Turkana, Kalenjin, and the world-famous Maasai tribe.

The Top 7 Tribes in Kenya

This is the largest tribe in Kenya holding around 17 percent of the Kenyan population. Native in the central part of Kenya on the slopes of Mt. Kenya, they adored a supreme being called “Ngai “, who was believed to live in Mt. Kenya.
Their major economic activity was farming with tea and coffee as their main cash crops. The Agikuyu’s staple food is Githeri (mixture of maize and beans), Ucuru (fermented Uji) and Mukimo (mashed potatoes and green peas).
In the fight for independence, Kikuyu was in the front line through the Kenya Central Association and the Mau Mau movement. Dedan Kimathi is a popular Kikuyu man who died as a freedom fighter.
A few of the notable members of the Agikuyu include the late first president Mzee Jomo Kenyatta, the third president Mwai Kibaki, the current Kenyan president, Uhuru Kenyatta, and the late Wangari Mathai the Nobel peace prize Recipient among others.
Kikuyu people are known for their business aggressiveness, opportunistic tendencies, love for money, and the love of their language.

Known to speak “Dholuo”, the Luo community is the fourth largest group at 10 percent of the Kenyan population. They are Nilotes settled around Lake Victoria Basin and they majorly relied on fishing for food and as an economic activity.
They believed in a supreme being called “Nyasae” and had sacred shrines for worship like on rocks or under a tree.
The Luo community lived in clans that were headed by clan elders. They were very strict in marriage engagements to make sure the men did not marry from the same clan. Their initiation process involved removing their lower six front teeth as a rite used to test endurance and courage.
The Luo community has notable leaders whom they celebrate to date, Luanda Magere who was a famous warrior, it was believed that his body was as hard as a rock and the Luo community won countless tribal wars during his time. Gor Mahia is a well-known Luo hero, he was known for his lethal magic and prophesies, the Luo community has a famous football club in the country named after him. The Odinga family is also very popular among Luos, the late Jaramogi Oginga Odinga was a chieftain in the Kenyan struggle for independence and his son Raila Odinga served as a prime minister in 2008.

The Luo community is famous for its love of fish and ugali. They also are popular for ‘professional mourning’, which is a practice of paying a group of people to grieve for others. To date, their burial ceremony includes animal slaughtering, dancing, and professional mourning.

Also known as the Akamba, they are Bantus popularly living in the Eastern part of Kenya. They comprise around 11 percent of the Kenyan population.
In ancient times, the Kambas were long-distance traders together with the Swahili and Mijikenda tribes. They traded slaves, ivory, honey, beads among others. Part of the Kamba community was into farming, they mainly planted cassava, millet, sorghum, and maize.
They believed in ‘Mulungu’ and the intercessory of their dead loved ones, their deity was believed to live in the sky. The spirits of their dead loved ones were always remembered in family rituals and would be offered libation at discrete altars.
Each village in the Kamba community had a medicine man or woman, they acted as the doctors of today. They also prophesied, took the lead in religious functions, and could also call experts to cure illnesses that they could not cure. The Kamba people highly believed in black magic.
Their staple food was ‘Muthokio’ which was a mortar and pestle pounded maize. It is still a very popular meal among the Kamba community to date.
Syokimau is a famous prophetess in Kamba land, she is said to have prophesied about colonialism, the upcoming of the railway line, and a generation that would build houses on top of each other in 1800. Her memory lives on as Nairobi has a popular Estate named Syokimau.
Kambas are popularly known for believing in black magic and their love for ‘Muthokoi’
(Pounded maize). They are also known to be very loyal employees.

Luhya is the second-largest tribe in Kenya taking approximately 14 percent of the Kenyan population and are also Bantus. They adored a supreme being called “Nyasaye or “Were Kakhaba”.
Based in the Western part of Kenya, the tribe has 18 subtribes, Bukusu, Isukha, Banyala,Maragoli,Tachoni, Wanga, Samia, Idakho, Gisu, Khayo, Kabras, Marachi, Kisa, Masaaba, Marama, and Tiriki with mutually understood and different dialects.
The Abaluyia are farmers and their staple food is Ugali and chicken or any accompaniment that they popularly call “mboga”.
They are famous for bullfighting, this was a practice used to mark important events in earlier days but has since turned into a popular sport. They are also famous for the public boys’ circumcision practices that involve on-road parades, food, songs, and dances.

The Maasai community is the most culturally rich tribe in Kenya to date. Maasai are Nilotes inhabiting the Northern and southern parts of Kenya with 2 percent of the Kenyan population. They speak a language called Maa.
They are nomadic pastoralists and are popular for moving around parts of Kenya with huge herds of livestock looking for greener pastures to date. They worshipped a deity called ‘Enkai’, they believe that they descended from heaven through a rope connected to the earth.
The Maasai people have a distinct dressing that people have borrowed worldwide, they dress in brightly colored robes that people casually call ‘Maasai shukas’. They are keen on beading and ornaments, they create and sell exceptional pieces worldwide.
Oloibon Lenana, Ole Ntimama, Stanley Oiloitiptip, activist Nice Nailantei, and athlete David Rudisha are some of the many notable Maasai people.
Maasai people are very popular worldwide, their popular high jumps, rituals, distinctive culture, courageous warriors, custom dress, and their popular manyatta houses have remained as a tourist attraction to date.

They enjoy a popular Kalenjin drink called Mursik (fermented milk) which they credit for their snow-white teeth.
Kalenjins are Nilotes and take up to 12 percent of the Kenyan population. The Kalenjin tribe is made up of 8 subtribes, Tugen, Nandi, Kipsigis, Pokot, Marakwet, Terikh, Sabaot and Keiyo.
They enacted in agriculture and crop farming and were also known as hunters and gatherers. They adored a god called ‘Asia’ (signified by the sun). The tribe is known in Kenya for their running prowess, they are casually called the running tribe. They have represented Kenya in worldwide running marathons and championships.
Some of the popular athletes from the tribe include Eliud Kipchoge the marathon record holder, the late Wanjiru and Pamela Jelimo. Kenya’s second president the late Moi was also a Kalenjin from the subtribe of Tugen.

Kisii people are Western Bantu speakers who are also known as Gusii or Abagusii. They form 6 percent of the Kenya population.
They are widely known for farming indigenous vegetables and bananas, soapstone carving craft which they have received international recognition as the craft attracts tourists.
They worshiped a supreme god called Engoro who created all-natural forces and the universe. He divulged himself in thunder, storms, lightning, and earthquakes. They believed in the early circumcision of both girls and boys and during the practice, they would be taught tribe rules.
Naftali Temu was a popular Kisii runner who won Kenya’s first gold medal in Mexico.
Kisiis are widely known for being short-tempered and their prominent banana delicacy ‘Matoke’.

As you can see, tribes in Kenya bring in such a different yet rich and diverse cultural wealth. Kenya has remained one of the most visited countries in Africa and tribal cultures and traditions are in the first line of tourist interests.