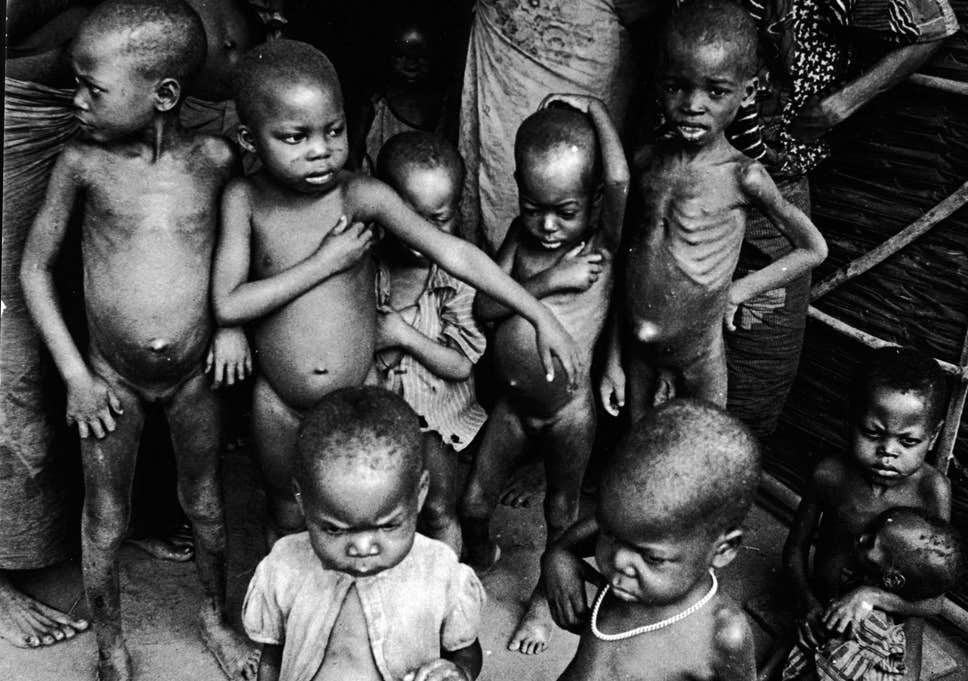 Recounting his experience about the Biafra Genocide, my father used phrases like:

“We set out to take refuge at a camp in Onitsha, my father had paid some Military men to escort us there, he knew he was going to die because, during the war, no matter your belief or where you belong or claimed to belong, death was very eminent.

“Bullet can come from anywhere, and once it does, there was no difference between a Biafran and a Nigerian, we all had the same skin and the same destiny (to die or not to die), the only thing that separated us then, was that some people were tired of marginalization and they needed freedom, while others didn’t just know what they want.

“We had a Britain who was waiting for us at Onitsha, but my father wanted to die at the war front. ‘I rather die a hero, than run like a coward‘ he instructed the three soldiers to escort us to the camp, where the white guy was waiting to help us escape out of the Country.

“Our journey to Onitsha was rather very long, we had to boycott many ‘danger zone’ as the military men told us, but just at the blink of getting to Onitsha, the three soldiers betrayed my father, I escaped miraculously via the help of my mother, but my two brothers were unlucky as they were shot from behind when they were trying to escape, while I watched from my hiding spot as they ravage my mother one after the other before finally shooting her dead. They took the three soldiers and I stay under the abandoned car thinking of my next direction, either forward to the White guy or backward to the war front to meet my father,” he added.

Just like many veterans who survived the Biafra genocide, my father was not happy with the rule Britain played during the genocide. According to him, the British Government did well in 1967 when they organized a conference in Ghana and some terms were agreed, but when General Gowon tore up the agreement in getting to Lagos and war was declared on July 7, Britain did not make any attempt to mediate, instead, they labelled Biafrans as rebels and declared total support for Nigeria.

“Most times, I asked myself this question, where do we go wrong? what did my brothers do? they didn’t carry any firearm, they were not terrorist but were murdered by cruel people who had no concern for human right”

Today is 10 years after we lost our father, and as I sit here at the French Museum, I remember everything he told us about the Biafra genocide. It may take us thousands of years to heal, but the thought that we started a war against ourselves is very depressing.

We are our own problem and we are also our only solution.