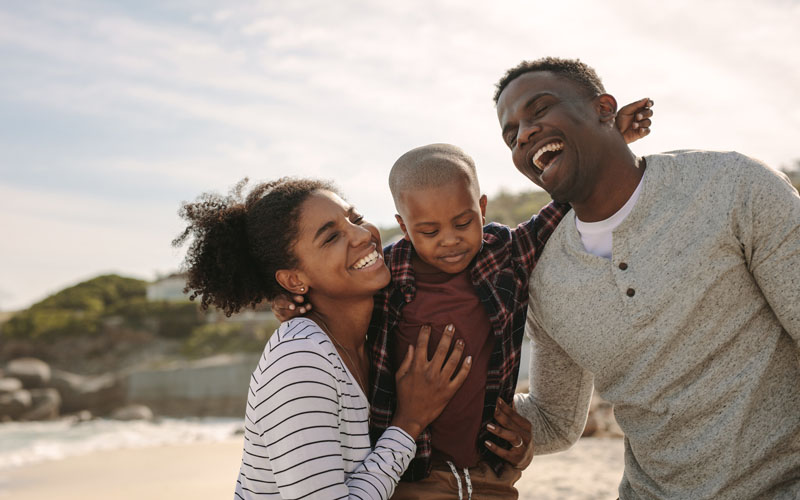 Most African Americans suffer from an identity crisis, they are torn between identifying with the United States of America and identifying fully with Africa. They know they are the descendants of Africans who were shipped from the continent in chains and dropped on western plantations to work as slaves during the inglorious era of the slave trade.

The African American has black skin and this black skin has more often than not makes him or her a target and victim of racial discrimination, violence and segregation by racists in America. This sets him back and makes him realize that he would never be accepted by the predominantly white society.

The older generation of African Americans have made efforts to identify with the African continent. Some have studied and researched their history, trying to trace their genealogy to an African country. Roots by Alex Hayley created a cultural sensation and black awareness consciousness in the USA in the late 1970s when the book and the movie were released. It awakened the interest of blacks living in America in Africa. Some African Americans have travelled to Africa to see the motherland and reconnect with their heritage. Monuments, museums dedicated to slave trade are popular tourist attractions on the continent.

The modern-day African American who was born in America and who has lived all his life in America bears no connection with Africa. He thinks and behaves like an American. He is an American citizen by birth and parentage. He is ignorant about Africa, Africa to him is a country filled with lions and poor people. The images of Africa fed to him by the media are images of poverty, war and disease reinforce this thinking, so he looks down on Africans and might even treat Africans living around him with contempt.

Then one day he becomes a victim of systematic racism in the United States: He gets shot at or arrested by the cops for no reason, he is denied a position he is qualified for, he is unfairly treated, or he suffers verbal racist abuse. At this point the African American realizes that he has not been accepted by the system, he realizes that his skin colour will always make him a victim of an unjust system. He is at a crossroad; not accepted by his American society and having no connection with the African consciousness. It can be very depressing.

He then begins to be aware of his black heritage, his black consciousness rises and he starts forming groups and movements dedicated to fighting for justice. He holds a placard and screams, “Black lives matter!”. The African American starts learning about African history, he learns about the culture, the food, the languages, the dressing, the arts and crafts. He watches the Black Panther movie and pumps up his fist at “Wakanda forever!”

Africans need to learn their history no matter where they live in the world. We need to unite and work together towards the advancement of the black race. The African American should identify with Africa and the issues of Africans. The blacks in Africa should identify with Black Americans and see them as brothers and sisters.

It is disconcerting that Barrack Obama, the first African-American president didn’t do much to integrate the blacks in Africa and black Americans in the USA. In fairness to him, he was elected as President of a USA with a majority white population and not the president of blacks but given the power he wielded with his office, he could have done much more for posterity sake.

If you are an African American reading this, it is okay to have an identity crisis, it is okay to feel no connection with Africa but it is not okay to remain same way after reading this. You should have a mentality shift. Raise your level of black consciousness, join support groups, listen to conscious black music and like the lyrics of the song, Skeleton move by South Africa’s Master Kg, “no matter where you go remember the road that will lead you home”.