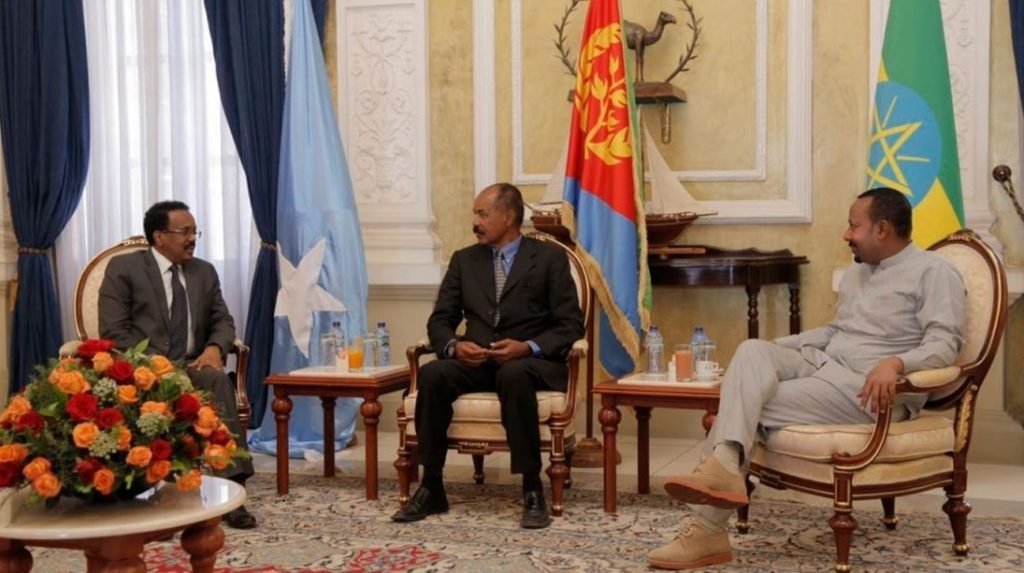 Consolidating peace and security in the horn of Africa region is not only a good thing for Eastern Africa, but a good prospect for economic and political stability in Somalia.

Somalia as a key player in the horn of Africa region, has been faced with armed conflict, kidnapping, violet crimes and high level of terrorist attack for many decades.

For the records, of the 4 counties (Djibouti, Eritrea, Ethiopia, and Somalia) that made up the horn of Africa region, Somalia is the most affected in terms of violent conflict, crime and Poverty rate. So what does this resolutions means for the future of the County?

My friend Nujuum Hashi Ahmed who is a painter at Mogadishu  has been on the fore-front promoting peace and clamoring for the end to the conflict in Somalia. Her work is centered on creating a positive image for our Country, because even with the crisis we still have thousands of people who still hope that Somalia can be the economic hub of Africa. 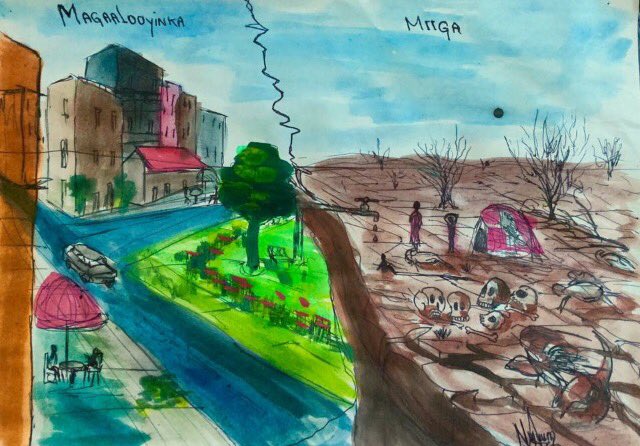 As young creatives, we know that Africa and the World has shut it doors from our Country when they listed our Country as an unsafe zone for tourist. In one article I read on smartraveller.gov.au today, they have the following conclusion about our Country

“We’ve reviewed our travel advice for Somalia. There’s an ongoing high threat of terrorism with attacks expected to continue. If you’re in Somalia, leave if it’s safe to do so.”

While we are doing all we can to make our country safe for the sake of future generation, the meeting of the 3 leaders of the horn of Africa regionn was strategic and very fruitful as explained by the Prime Minister of Ethiopia.

I held fruitful discussions with President Isaias Afwerki and Mohammed Abdullahi. We reaffirmed the 2018 Tripartite Agreement. We have developed a common understanding on consolidating peace, stability and security in our region as we also work on our socio-economic development. pic.twitter.com/HyqnNnrJil

I will hold this their joint statement to my heart, because I believe that our Country will rise again. To all those that still believe in us, we will never disappoint, Somalia will rise again

“The three leaders adopted a Joint Plan of Action for 2020 and beyond focusing on the two main and intertwined objectives of consolidating peace, stability, and security as well as promoting economic and social development. They also agreed to bolster their joint efforts to foster effective regional cooperation.

On the security front, the three leaders formulated a comprehensive plan to combat and neutralize the common threats they face, including terrorism, arms and human trafficking and drug smuggling.

Regarding economic and social development, they agreed to prioritize the mobilization of their bountiful human and natural resources; build, modernize and interface their infrastructure and develop their production and service sectors.” the statement reads