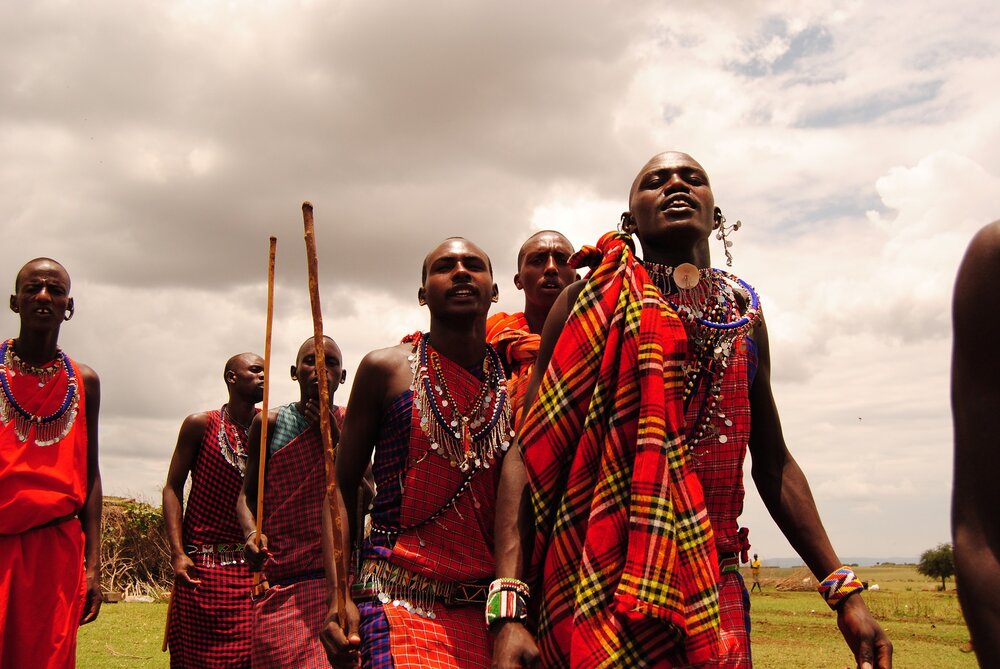 Maasai is a community that is found in Africa, East Africa, Kenya, and Tanzania. It is among the widely known community in East African. The main reason why this community is famous is; as a result to preserve their culture for centuries.

The Maasai community is known for their dressing code whereby despite manufacturing clothes, they still prefer to wear ‘Shuka’ or sheets featuring specific colors. Besides, it is a community that is yet to adopt the 21st culture.
It is a community in East Africa which is not shy to showcase its culture, customs, and traditions. Additionally, Maasai is known as the community which is near the national parks and reserves. They serve the privilege to welcome tourists to the parks, which has led to their culture being known internationally. 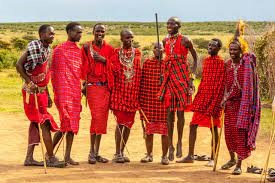 The Maasai community is said to have originated from -west Kenya. The migration took place in the 15th century, and after traveling for kilometers, they started to settle in the 17th -18 century in today’s Kenya and Tanzania border.
The Maasai occupied a large piece of land because they wanted to have a field to feed their livestock. In the 19th century, they owned almost every land on the Great Rift Valley and a stretching way to Dodoma and Mount Marsabit.

Maasai’s rich history can be traced way back to the time they settled in these areas. They used to raid their cattle using shields and spears. It is one of the cultures and traditions still emulated and practised by herds from the Maasai community.
Today Maasai, despite owning huge pieces of land, the Government of both countries, Tanzania, Kenya claimed the land to set up Park and Reserves. Among well-known National parks in the Serengeti, one part is in Tanzania, and the other is in Kenya.

The Maasai community has their cultural practices and traditions which they adhere to. Most of these cultural practices are pioneered by the Maasai elders and retired elders.
Maasai people believe in God, and they refer to Him as Engai or Enkai. They hold prayers on occasion which the Maasai elders head.
Maasai don’t hold burial ceremonies after death. They leave the body to the field for scavengers. They believe burial will ruin their lands, and it is something they still practice up to date. It is only the great chiefs who have the honor to be buried according to their beliefs.

Maasai’s primary source of wealth is determined by the cattle you have and the number of children. The more you own, the wealthier. Cattles remain their main source of income even today.
Maasai value children more than cattle because no matter the number of cows you have, you have no children, you are deemed poor, and Vice versa. Their quest to have more cattle has led to rusting, something discouraged by the Government. The rusting is because the Maasai believed that God afforded them all the cattle so when they are rusting, they are claiming what is theirs. The myth is, however, true.

When you tour Kenya, your journey cannot be complete without being entertained by their dancing.
The Maasai sing in their language (Maa), and the music consists of rhythms performed by a chorus of vocalists singing harmonies, with the melody being sung by the song leader. The individual who can best sing that song is usually the song leader.

The song leader begins singing the namba of a song, and the entire group responds with a single acknowledgment call. Women sing lullabies, hum songs, and sing praise songs to their boys.
The role of the Greater Kudu’s horn in summoning morans (initiates) for the Eunoto rite is one exception to the vocal creation of Maasai music (a coming of age ceremony). The ritual typically lasts ten days or more.
Flirting is a part of the singing and dancing around the manyattas. Young males will form a line and chant, while ladies will stand in front of them and sing in response.

Traditional Maasai rhythms, chants, and beats are increasingly being incorporated into the music of contemporary Hip Hop singers from northern Tanzania.
The Maasai are recognized for their jumping kind of dance, which is traditionally performed by warriors and their colorful clothes, proud warrior society, and unique customs.
Adumu or aigus is the Maa name for this dance. The Maasai warriors create a semicircle and take turns jumping as high as they can in the center without touching the ground with their heels. The others chant a high-pitched melody whose tone varies according to the height of the jump as each man jumps.

Maasai used to dress the animal skin, but they started to change their dressing in the 1960s. Today they wrap up cloth around their body.
Clothing differs according to sex, age, and location. After their circumcision, young males wear black for several months. Red is, however, the Maasai’s favorite color. Black, blue, checkered, striped materials and multicolored African clothes are also worn.