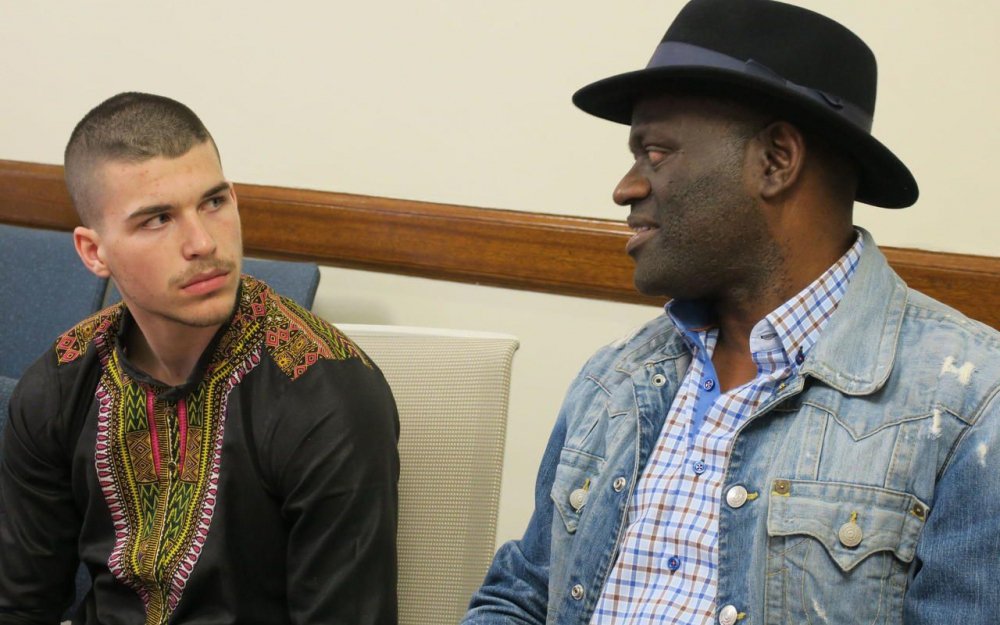 I became obsessed with the writings of Alain Mabanckou after reading his 2009 novel ‘broken glass’.

Broken glass is a novel that mirrors a narrator who tell us a story of a bar he frequents: the credit gone away. The bar as the story entails is what is obtained in most African society where people tries to find solace in a bottle and in doing so get too attached to it.

The 52-year-old born Congolese writer, Mabanckou did not just open our eyes to see the stubborn snail who owned the bar, but also the travails of broken glass who was graciously given a notebook by the bar owner to documents his visit to the bar.

The bar was always full of life, just like a typical African bar where you have regular customers who have permanent spots and newbies who are not always too shy to wash down their stress or misfortune with a bottle of solace.

Broken glass truly lived up to his name and tries to complement his unhappiness with his new-found vocation ‘dancing with the bottle of solace’.  And his musings clearly depict the story of a depressed person who is in dire need of help but thinks he knows it all.

Mabanckou like many great African writers has carved a name for himself as the master of words and a writer who believes and promote true African stories. For instance In a 2016 interview with Rokiatou Soumaré, he graciously buried the perception that Africa was in darkness before colonization, according to him such thoughts and perception is a product of ignorance.

“I try to explain how French literature in the nineteenth or even in the sixteenth century treated African literature or Africa like the continent of darkness, as if we couldn’t speak, couldn’t think. I explain that we weren’t in darkness, however,”


“It was maybe the ignorance of France that made people think Africa was the continent of darkness, which was a reference to Conrad’s Heart of Darkness. At the same time, I try to explain how African people did their best to escape from these prejudices in order to create another kind of literature in which they were trying to demonstrate what Africa was; they wanted to show that we had culture even before the white man came to Africa, so our history didn’t begin with colonization,” he added.


Mabanckou is a hero and a true promoter of Africa’s value. This is our recipe for today.

2 thoughts on “Recipe for the Morning: A moment with Alain Mabanckou ”