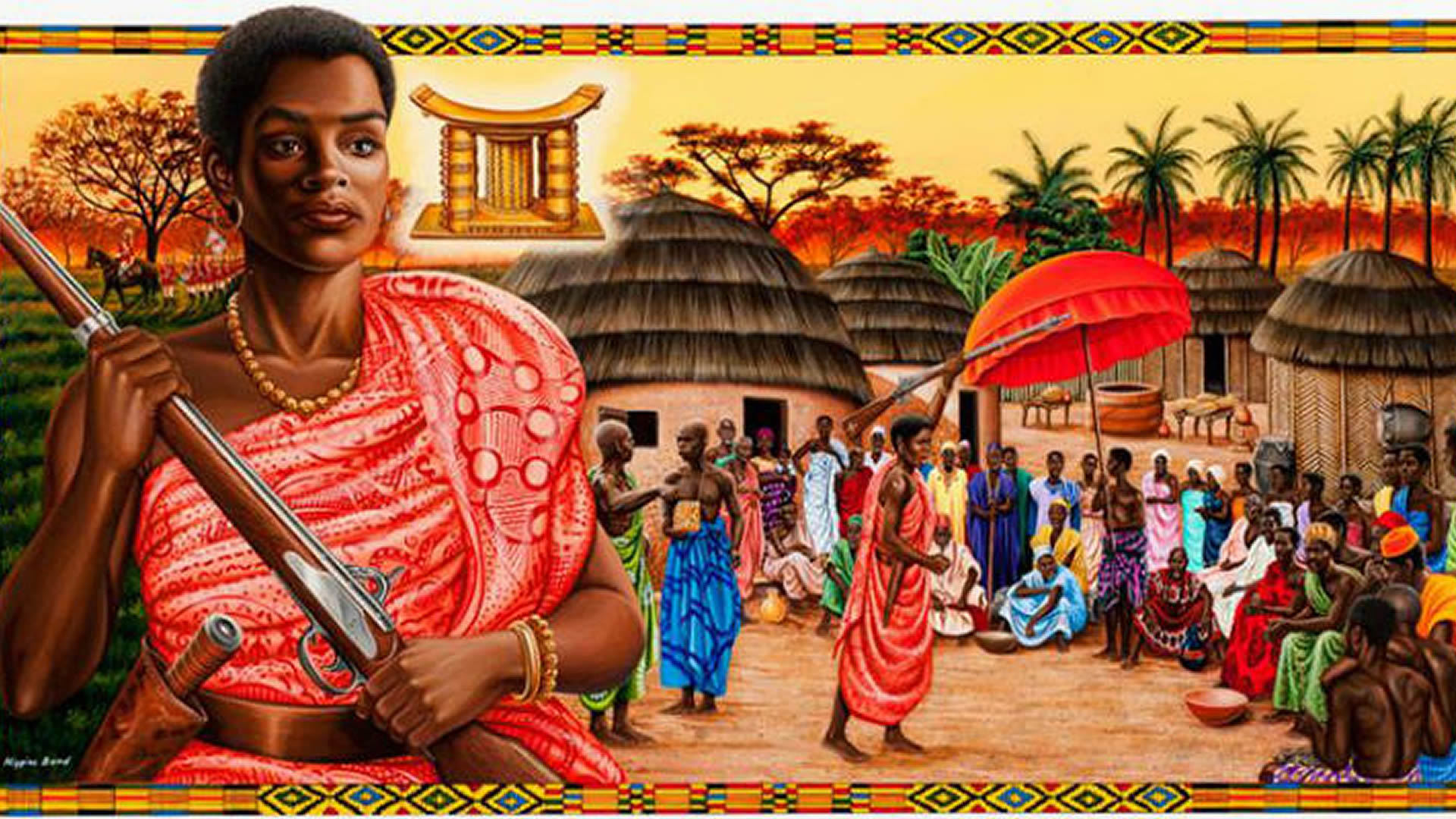 The world today has developed a culture of singlehood parenting. Slangs like “Baby mama” and “Baby Daddy” have quickly risen to stand in place of absentee parenting. These abandoned parents face many challenges in bringing up their children and protecting them from vices.

However, single parenting may come as an accident, maybe someone loses his/her spouse through death or even kidnapping. Such an involuntary parenthood example is the story of Yaa Asantewaa, a queen who stepped in to help the Ashanti Chiefs prevent the confiscation of their Sacred golden stool by a British Governor of the gold coast, Frederick Hodgson.

Queen Yaa Asantewaa gathered her own army of over 1000 people and waged war against the British who were after their symbol of existence, the golden stool. She was inspired by previous civil wars she experienced and her brother’s death. Yaa Asantewaa story is an Inspiration to all African women who dare to dream big. The golden stool is believed to have descended from the sky in present-day Ghana. It was an oracle for the spirit and soul of the Ashanti people.

Yaa Asantewaa was an intellectual, a statesman, a humanitarian activist, a Monarch, and a leader all rolled into one. She rose to prominence as the leader of the Ashanti revolt against British colonization in defense of the Golden Stool. She advocated for women’s independence and gender equality. Yaa was a sister to Nana Akwasi Afrane Okpase, the ruler of the Ejisu ethnic group in modern-day Ghana.

The Ashanti had previously gone to war with the British, they were a British territory by conquest. However, their sociopolitical system wasn’t abolished, and their chiefs ruled across the kingdom as normal. Trouble started after British governor, Frederick Hodgson, asked to retain the golden stool. It was to enable him to get more respect and gratitude as Ashanti’s leader. The stool was a symbol of power to the Ashanti.

King  Prempeh I was exiled and his subordinates, the chiefs, were left to make their decisions haphazardly. Just before the Chiefs gave in the towel to let the golden stool go, Yaa Asantewaa stood out and offered herself to fight for the most treasured sacred item n the kingdom. She asked for supporters and slowly, men and women rose to defend the golden stool.

Days later, as Frederick’s deputy conducted a bush search for the gold stool, Ayaa’s army ambushed them. The mission was unsuccessful as it rained heavily giving chance to the British to retaliate to nearby British offices. The British fortified their offices by putting barricades and gun turrets at every corner of their vicinity. The offices contained Nigerians, British, and other mixed colonial administrators. The Ashanti in return maimed the British by cutting down communication lines, blocking food supply routes, and attacking relief aid providers.

The Ashanti had weak artillery to enable them to seize the fort. Food supplies ran low and a rescue group of 700 soldiers arrived to support the British. The colonialists together with other injured victims were evacuated and this gave a break to the war. Later on, a British newspaper featured the story of Yaa Asantewaa and her fight to protect the sociopolitical heritage of the Ashanti.

1. Now I even have seen that a number of you fear to travel forward to fight for our king.

2. If it were within the brave days of, Osei Tutu, Okomfo Anokye, and Opolu Ware, chiefs wouldn’t sit right down to see their king removed without firing an attempt.

3. No white man could have dared to talk to the chief of the Ashanti within the way the Governor spoke to you chiefs this morning.

4. Is it true that the bravery of the Ashanti is not anymore? I cannot believe it. It cannot be!

5. I must say this if you the lads of Ashanti won’t proceed, then we’ll. We, the ladies, will.

Asantewaa was conversant with the British way of colonialism. She used her position to launch an uprising that helped defend her kingdom. Today, In Ghana, She is called the Queen Mother. The experience of seeing a woman being a leader and a militia was a Jack-shepherd scenario that scared the British troops.

Ghana is among the notable country with a transparent judicial system that empowers women to contribute to national growth. Their culture is also unique as it supplemented male leadership with Queens who would lead in the absence of Kings.