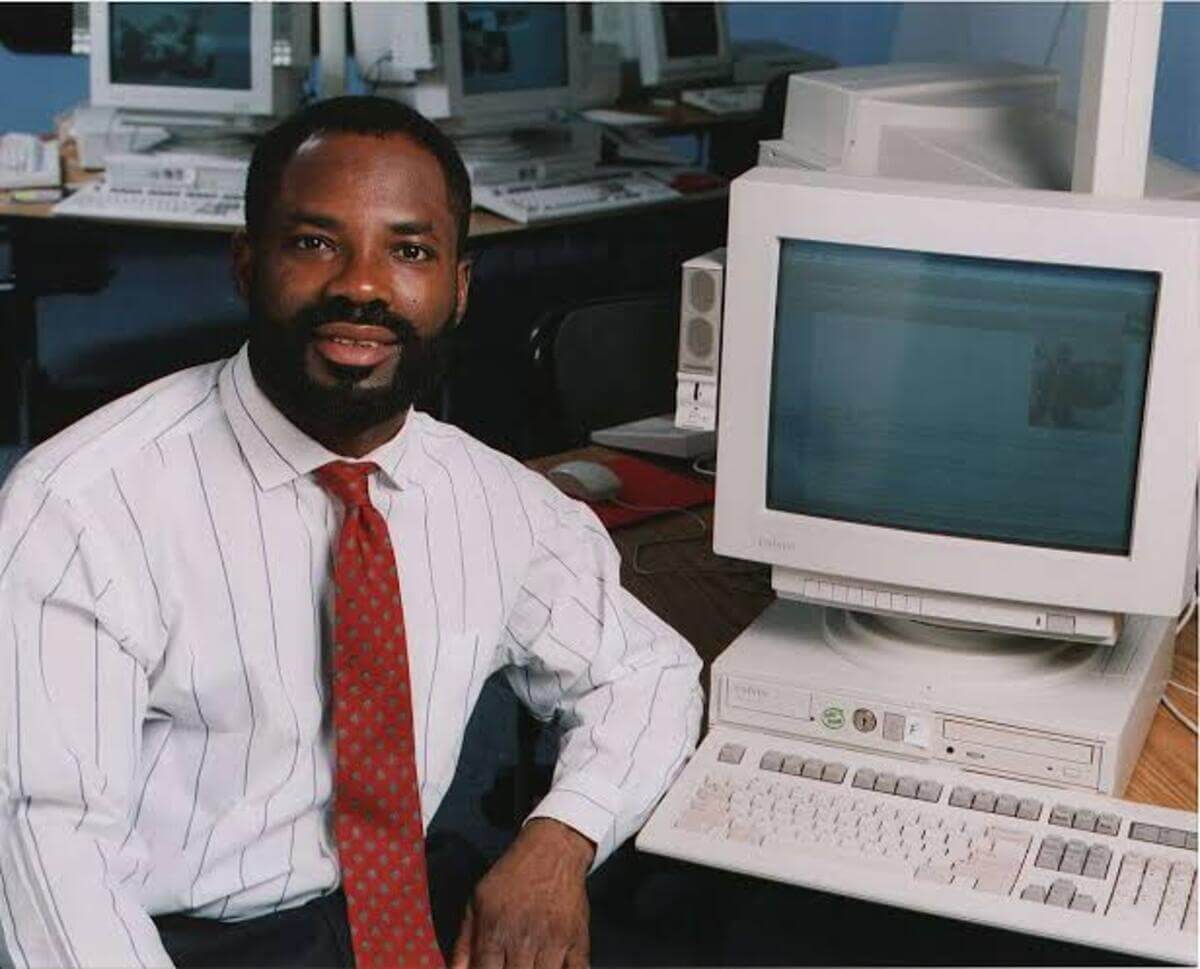 At the age of 14, Philip Emeagwali was already a mathematical genius; he was so good that he could solve difficult equations that his science teachers could not dream of, that even the ex-US president, Bill Clinton, described him as an example of what Nigerians can achieve when given the opportunity.

It is surprising, and in fact, inspiring, how a 14year old high school dropout would later on design and co-design some of the most amazing devices this world has ever seen. But how was young Philip Emeagwali able to turn his fate around from being a teenage high school dropout to becoming one of the most renowned computer scientists in the world? Well, stick with me as we explore the history behind this great African icon.

Philip Emeagwali was born in Akure, a city now located in a region known as Ondo state, due to the severity of the Nigerian civil war, his father was forced to leave everything he owned in Akure, and relocate with his family to the south-eastern part of the country where their safety was guaranteed. Emeagwali grew up with eight of his siblings in a building that had been destroyed by rocket shells in a town called Onitsha. Because his father could not afford to send all nine children to school, Philip Emeagwali, who was the eldest amongst his siblings, had to drop out of school at the age of 14. This hurt the young boy’s feelings, but he continued to study on his own and his father, who was a former classmate of Dr. Chike Obi (the first Nigerian to attain a Ph.D. in mathematics), assisted him daily and under his tutelage, Emeagwali conducted heavy mental exercises, such as tackling 100 arithmetic problems in one hour. He was certain that his intellect would keep him safe and it did. In 1973, the University of London offered a high school equivalency exam for Africans, which Philip Emeagwali wrote and passed with distinction to get his general certificate of education known as (GCE). When he was 17, he studied hard with the help of his father and earned a scholarship to Oregon State University in the United States of America, where he earned a bachelor’s degree in mathematics.

While a lot of people may know the name “Philip Emeagwali,” only a few actually have knowledge of what brought his name to the limelight. Philip Emeagwali is renowned for his massive contribution to “The Connection Machine”. The Connection Machine is the world’s fastest computer, with 65,000 computers connected in a parallel network. This computer has a calculation rate of 3.1 billion calculations per second. This outperforms the Cray Supercomputer’s theoretical peak speed. Philip Emeagwali earned the Gordon Bell Prize in 1989 for his work on The Connection Machine, even though he did not “create” it. The parallel computer ran twice as fast as the computer from the previous year. Philip Emeagwali’s contribution to The Connection Machine was a significant improvement over prior designs created by IBM’s Thomas J. Watson, Jr. and Fred Brook. Emeagwali attributed his idea for the Connection Machine breakthrough to his observations of bees in nature. He recognized that their method of collaborating and talking with one another was naturally more efficient than attempting to do activities alone. He wanted computers to be able to simulate the building and functioning of a honeycomb in a beehive. Emeagwali presented a realistic and low-cost solution for computers all around the globe to communicate and interact. The secret to his success was programming each microprocessor to communicate with six other microprocessors at the same time. His findings aided in the invention of the internet we all use today.

Philip Emeagwali has received numerous awards and recognition for his contributions to science, including:

The Connection Machine, using software created by Philip Emeagwali, solved a 350-year-old packing issue that was thought to be one of the world’s most difficult unsolved mathematical puzzles. The Connection Machine also generated equations that explained how sperm travel, contaminated groundwater flows, the subterranean movement that causes volcanic eruptions, and how to extract petroleum in relatively safe and larger quantities.

Philip Emeagwali, through his numerous scientific discoveries, continues to inspire and motivate millions of Africans throughout the world. With all he had to go through to achieve his dreams, he will be forever recognized as one of Africa’s and indeed the world’s greatest minds.

1. My life is God’s gift to me. My invention is my gift to God.
2. Technology is a tool and a means to the end. Knowledge and information is the end
3. I know many people who regretted dropping out of school. But I do not know anyone who regretted staying in school.
4. To understand where we are or where we are going or what directions we should take require that we review where we have been.
5. There are no true portrait of Fibonacci or Euclid or any ancient mathematician that was born, raised and educated in Africa. While we know that Fibonacci and Euclid were African by birth, we cannot prove that they were European by ancestry.
6. My focus is not on solving nature’s deeper mysteries. It is on using nature’s deeper mysteries to solve important societal problems.
7.Inventing is a crusade for me. The love of science is what inspires me. For many years, I lived on bread and water. I used my scarce financial resources and leisure hours to overcome the lack of funding. I entered the battlefield as carefree as someone on a Jihad.
8. When I enrolled in college at age 19, I had a total of eight years of formal classroom education. As a result, I was not comfortable with formal lectures and receiving regular homework assignments.
9. Technology is the gift of ancient Africans to the modern world
10.When we invest in our children, we will find that our standard of living grows, too. We should invest in education not because it is easy, but because our children will be the beneficiaries tomorrow of the decisions, we adults, make today.