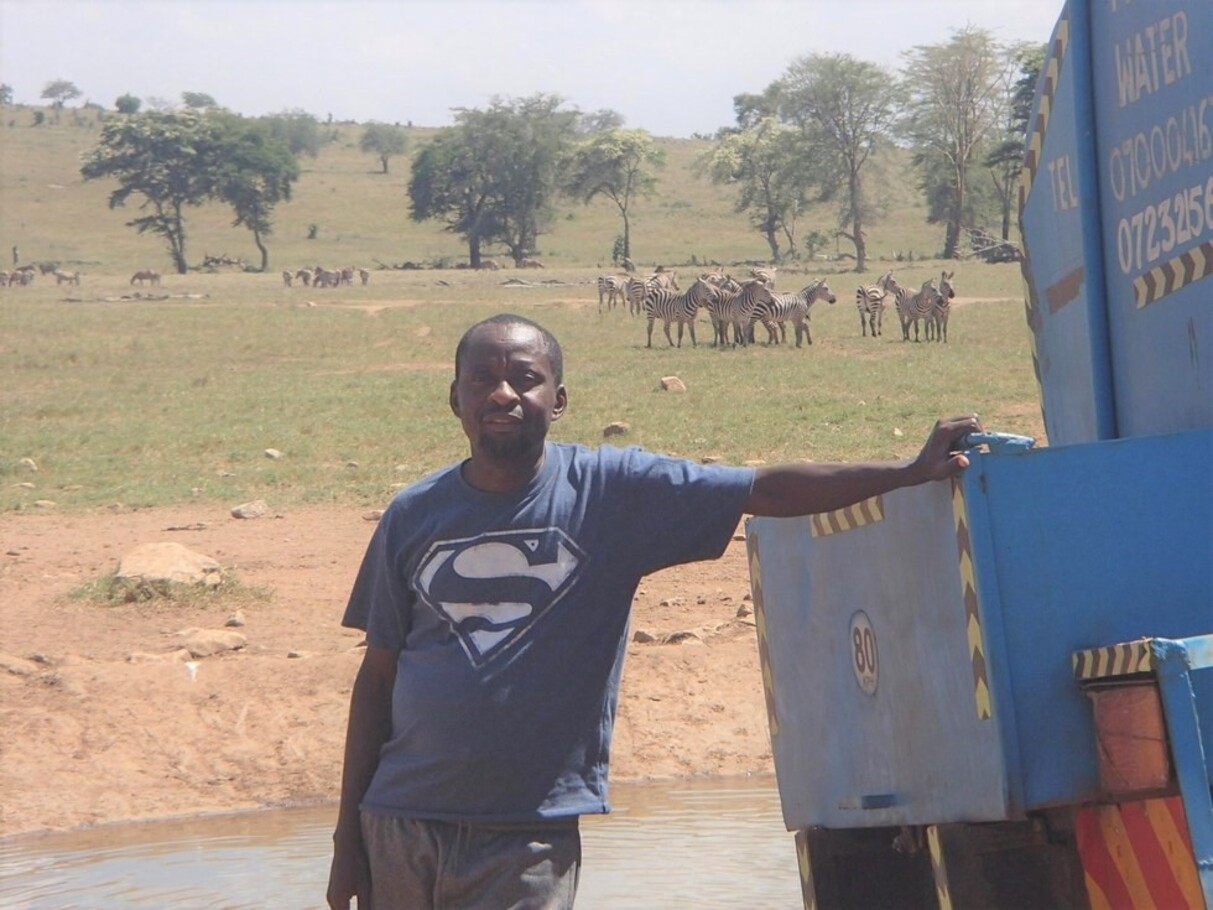 Very little is known of Kajire, a small town in Southern Kenya overshadowed by the glory of neighboring towns such as Voi and Wundanyi that carry both a historical and national significance. However, these three towns have one thing in common, their vicinity to the largest national park in Kenya, Tsavo – a vast savannah ecosystem that boasts of various animals that attract hundreds of thousands of tourists every year.

In 2016, a severe drought ravaged part of the Tsavo brought death to many animals due to water scarcity. Patrick Kilonzo, while out and about, met a buffalo sniffing at an empty water hole. At that moment, he developed an idea that would change his life forever.

In his mind, Patrick Kilonzo thought of the repercussions of animals getting desperate for water. The animals would encroach on human settlements, creating conflict and destruction. He decided to take water to the animals rather than wait for the animals to come to people’s homes.

Amid discouragement from some people around him and support from friends, Patrick rented a water truck and committed himself to make numerous trips to fill watering holes with water. He would make up to five delivery trips a day. It did not take long before his actions went viral.

Very few people can boast of having a thousand views on Facebook. Kilonzo’s video went viral and boasts over ninety million views worldwide to date. Another viral video has over 40 million views. With such recognition came great support from people in different countries. Well-wishers created a Go Fund Me page to help in raising money for Patrick’s noble passion.

Through additional support from both the local and international well-wishers, Patrick bought his water truck, which eased the financial burden of hiring a water truck. He also acquired equipment to dig more water holes for the sake of the animals.

Patrick Kilonzo started wildlife conservation over 15 years ago, long before the popularity came into play. It is no wonder that his passion and humility never changed even after people started recognizing his work.

Patrick was a subsistence farmer when he took up his passion to care for the animals in Tsavo West National Park. He had no sustainable income that would ensure constant purchase of water. However, he openly approached those around him, and they supported him as best as they could.

He began his task while still undergoing treatment for kidney disease, which still required funding. The sickness did little to deter him from providing water for the animals, who eventually recognized him and his truck.

In 2019, Patrick needed a kidney transplant because constant kidney dialysis had affected his knee tendons leaving him immobile. However, his loyal team, led by Tsavo Water girl Margaret Njuguna, continued attending to the animals as he was in and out of the hospital.

Patrick Mwalua’s passion for his work made him develop a heart to solve problems in the community. In 2018, he received a Head of State Commendation Award for his efforts to conserve wildlife.

As a conservationist, Patrick founded the Mwalua Wildlife Trust. They embarked on building dams and water holes within the Tsavo, ensuring that animals did not gather at a single water point and create conflict.

Patrick also worked on creating awareness to reduce human-wildlife conflict within the region. He also started a YouTube channel in August 2020 where he would document his journey as well as current projects.

Some Quotes of Patrick Kilonzo Mwalua

1 thought on “Patrick Kilonzo Mwalua: The Unknown King of Tsavo”