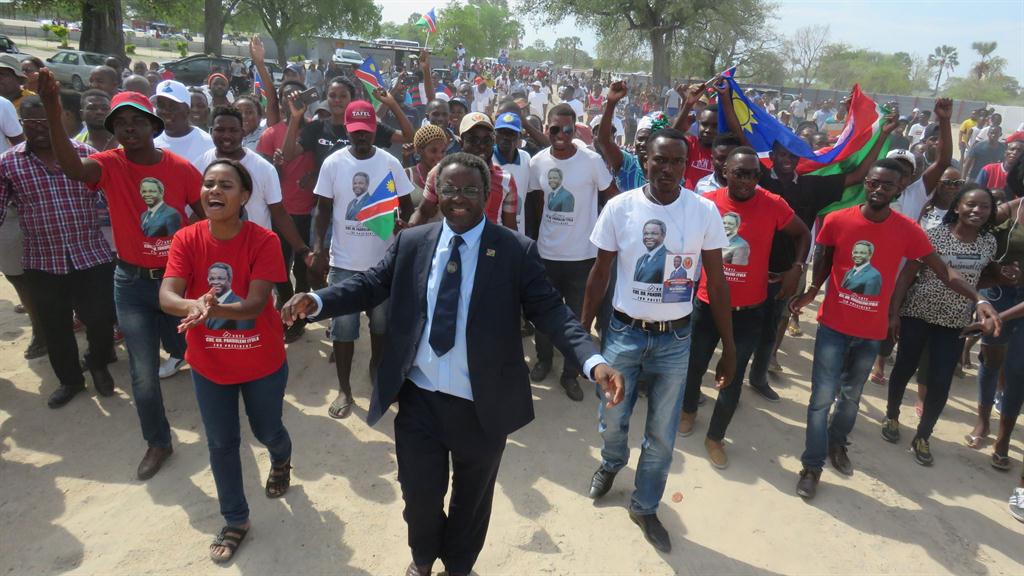 “Vote for me. We will be agents of change. If you miss the station it will be a disaster, – Panduleni Itula”

I can never forget those lines, It was one of the quotes that inspired most young Namibians to campaign passionately for Panduleni Itula. Panduleni contested as an Independent candidate; entered the contest late; was contesting against the Incumbent President, Hage Geingob and the almighty SWAPO party, yet even when all the odd were against him, the incumbent president narrowly escaped with a slim victory.

What if, there was a party structure? What if we had a little more time to carry our messages across the interior of Luderitz, Swakopmund, Rundu, Opuwo, Outapi, etc? Pandela Itula might have lose the election, but he won the heart of many Namibians.

Like we discussed during the campaign, an inspired group of people can inspire a revolution. Our movement was not just for the election, but we were fighting for a greater Namibia.

The starting point of our revolution began the moment his name appeared on the ballot box, at that moment we realize that we have a greater future, because if young people can come together, sponsor a candidate, run an issue based campaign, even without a political party, victory can be achieve.

This thoughts plus Panduleni’s determination to strengthen the core of our democracy make me fall in love with his philosophy everyday.

In a recent  interview with the Namibian  about the formation of the new party “The Patriot” or “The Independent Patriot for change” he showed the World the true meaning of leadership.

“We have political differences of how we wish to restore our people’s dignity but we should never cultivate hatred or anger against our own brothers and sisters,

“Let us do this peacefully and maturely and with dignity and respect. No emotions and no anger against your fellow compatriots.

“Patriotism first then the rest follows. Let honesty, integrity, dignity and rule of law be our guiding principle towards our compatriots.

“Let us celebrate the birth of a new dawn, a liberation of our people and a bright future for generations to come, but never use insults or emotions. Walk away from political immaturity as a true patriot”