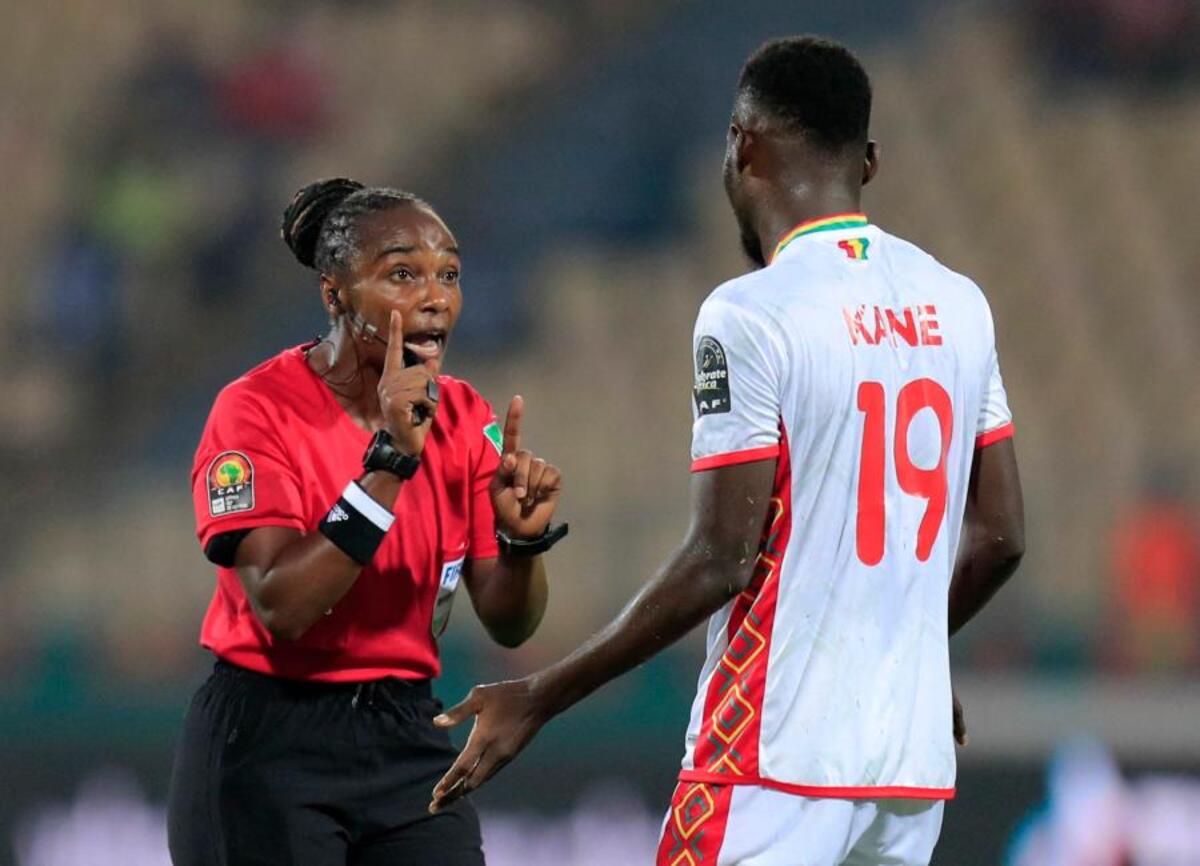 Salima Mukansanga has made history as the First African Woman to officiate an Africa Cup of Nations (AFCON) Match. Salima Mukansanga who refereed the group stage match between Zimbabwe and Guinea on January 18th 2022, become the first woman to breaks the 65 year’s history of the AFCON tournament.

“It’s an opportunity to open the door and to show that, all African [Women] are capable. – Salima Mukansanga”

Born in 1988, Salima has been in-charge of officiating at African Women Cup of Nations, CAF Women’s Champions League, Olympics and Women’s World Cup. In a Press Conference on January 21, Salima mentioned capacity not favor as the reason she was given the chance to officiate at the AFCON tournament.

“We’re here not because we had favor to be here; It’s because we deserve to be here. So, back home, we have been working very hard, because a lot of people say, ‘Women, they can’t run at the pace of men, the speed and whatever, “Yes, we can’t be men, but we can do our best to be on the same level.”

Salima acted as an assistant referee during the group stage match between Guinea and Malawi on Jan 10 helping the referee to supervise supervise substitution and carrying out other administrative duties before taking the center stage on January 18.

“It’s a privilege. It’s a pleasure to me, to the rest of African women referees…”

Salima alongside Fatiha Jermoumi and Bouchra Karboubi from Morocco, and Carine Atemzabong from Cameroun are the only four official currently at the AFCON tournament in Cameroun with Salima as the only Centre referee.