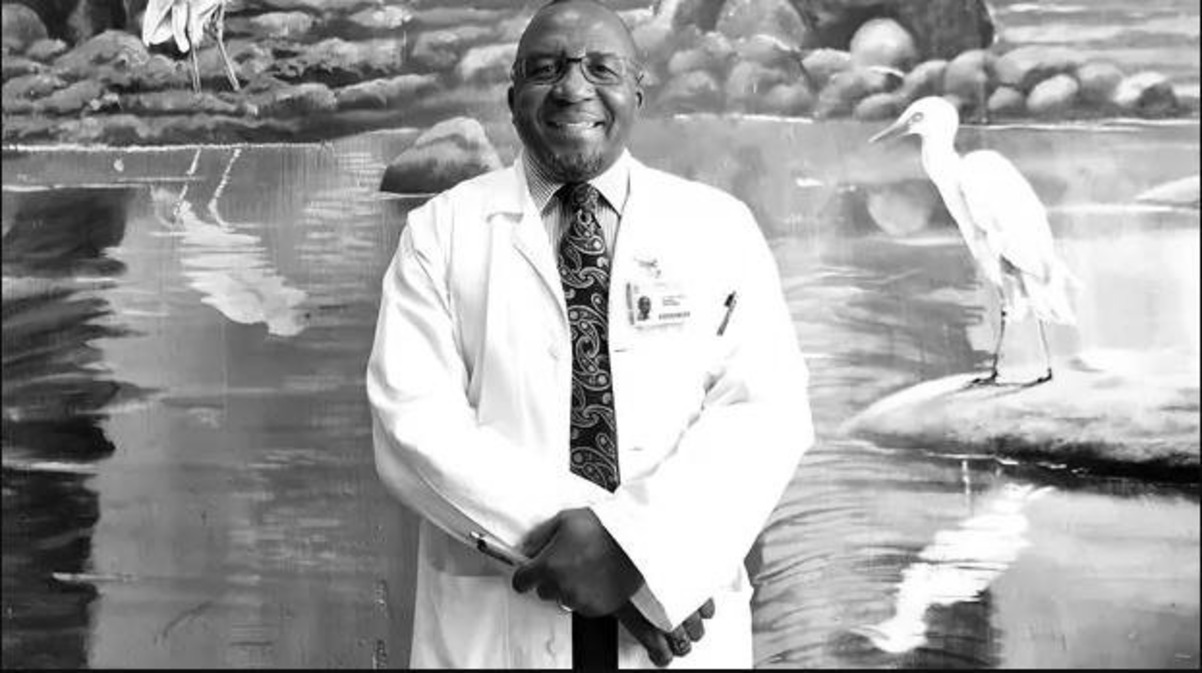 Dr. Mashudu Tshifularo is a South African otolaryngologist and ENT surgeon born on June 18, 1964 in the rural village of Mbahela outside Thohoyandou, in Venda, South Africa. He achieved a successful milestone in the world of medicine in 2019 when he became the first surgeon to successfully perform a transplant of a patient’s middle ear to cure his deafness using 3D technology.

He led the first team in the world to surgically cure deafness through reconstructive middle ear implants at the University of Pretoria and Steve Biko Academic Hospital in 2019. Using 3D printing, he was able to recreate the bones that made up the inner ear—namely, the hammer, anvil, stirrup, and ossicles. In other words, he replaced damaged ear bones with 3D-printed ones.

Due to his incredible medical achievements, Dr. Tshifularo is considered to be one of the world’s most successful ENT surgeons. In this article, we will be discussing some interesting facts about this world-renowned ENT surgeon.

Who is Dr. Mashudu Tshifularo?

Dr. Mashudu Tshifularo is an otolaryngologist who became the world’s first successful surgeon to perform an implant in a deaf patient’s ear using 3D printing technology. He was appointed professor and head of the department of Otorhinolaryngology (Ear, Nose, and Throat) at the University of Pretoria in 1995, where he is still regarded as a medical legend.

Mashudu Tshifularo was born on June 18, 1964 in Mbahela, a rural town in Venda, South Africa. He is from Venda, a tribe that has been present in South Africa for centuries. He is the third child of his parents’ marriage; his father, Zacharia Thanyani Tshifularo, was a herder, who struggled to provide for his family.

Mashudu studied at Mbilwi Secondary School in Simbasa, Limpopo, where he matriculated. He then continued his education at the University of Natal, where he began his career as a physician at Tshilidzini Hospital in 1990.

Right from an early young age, Mashudu had always dreamt of becoming a medical doctor. Despite the fact that he was born in poverty, he worked hard both physically and academically to pursue his dreams, and now he has broken a world record of not just being the first black medical doctor, but in fact, the only medical doctor in the world to cure deafness using 3D technology.

These implants are called Endo-Ossicular Replacement Surgery (EORS). In EORS, a CT scan is used to create a computer model of the patient’s head, and then a 3D printer is used to build a custom-made titanium implant to replace a patient’s damaged or missing ear bone.

He is acknowledged globally as the only otolaryngologist to have successfully carried out a surgery of this nature, a feat he achieved through endoscopy, a less invasive method of surgery.

3D Printing—What Is This Technology And How Does It Work?

3D printing is a process that involves building three-dimensional objects from a digital model using computer-controlled equipment. It is not a method of mass-producing items, but it can be used to produce customized products by using computer software to generate a digital model of a product and then physically print it layer by layer.

The most common type of 3D printer uses digital technology to fabricate three-dimensional objects layer by layer. These printers use various types of plastic resins and powdered materials to build up the object layer by layer. Finally, the object is finished by rinsing it under high pressure to remove excess materials.

Dr. Mashudu Tshifularo’s most significant contribution to medical science was in 2019, when he performed the world’s first successful transplant of a patient’s middle ear to cure his deafness using 3D technology.

Prior to Mashudu’s surgery, no one had ever successfully repaired deafness through the reconstruction of the middle ear. Mashudu is also known for developing the first surgical technique that allowed for a bloodless endoscope-assisted tonsillectomy in 2008.

These surgeries, as well as others, have enabled Mashudu to achieve a successful milestone in the world of medicine and gain popularity.

How did the world react to Dr. Tshifularo’s achievements?

His medical achievements have been widely celebrated both in his home country and around the world. In November 2019, he was awarded the Global Excellence Award for Excellence in Medical Research at the 2019 Health Excellence Awards.

Dr. Mashudu Tshifularo received the Global Excellence Award for Excellence in Medical Research for his groundbreaking use of 3D printing at a ceremony held at Johannesburg’s Emperors Palace.

Dr. Mashudu Tshifularo’s scientific research using 3D technology to cure deafness has led to many medical innovations and research that will help people overcome other forms of medical disabilities.

His achievement has cemented the notion among his top colleagues globally to recognize him as one of the world’s most successful ENT surgeons as well as an international medical celebrity. Hence, he was awarded the Hamilton Naki Award at the 2019 NRF Awards amongst other awards and recognitions to his name.

The Hamilton Naki Award honours individuals who have achieved world-class research performance irrespective of the problems they may have faced in achieving such high medical standards.

Dr. Mashudu Tshifularo is an otolaryngologist and ENT surgeon who is known for leading the world’s first surgery to restore hearing to a deaf patient. This remarkable milestone was achieved through his bold use of 3D printing to create an implant that was successfully implanted into the patient’s ear.

Due to his incredible achievements, Dr. Tshifularo is considered one of the world’s most successful ENT surgeons and remains a great example to young Africans of how talented and determined people can overcome obstacles and succeed in life.