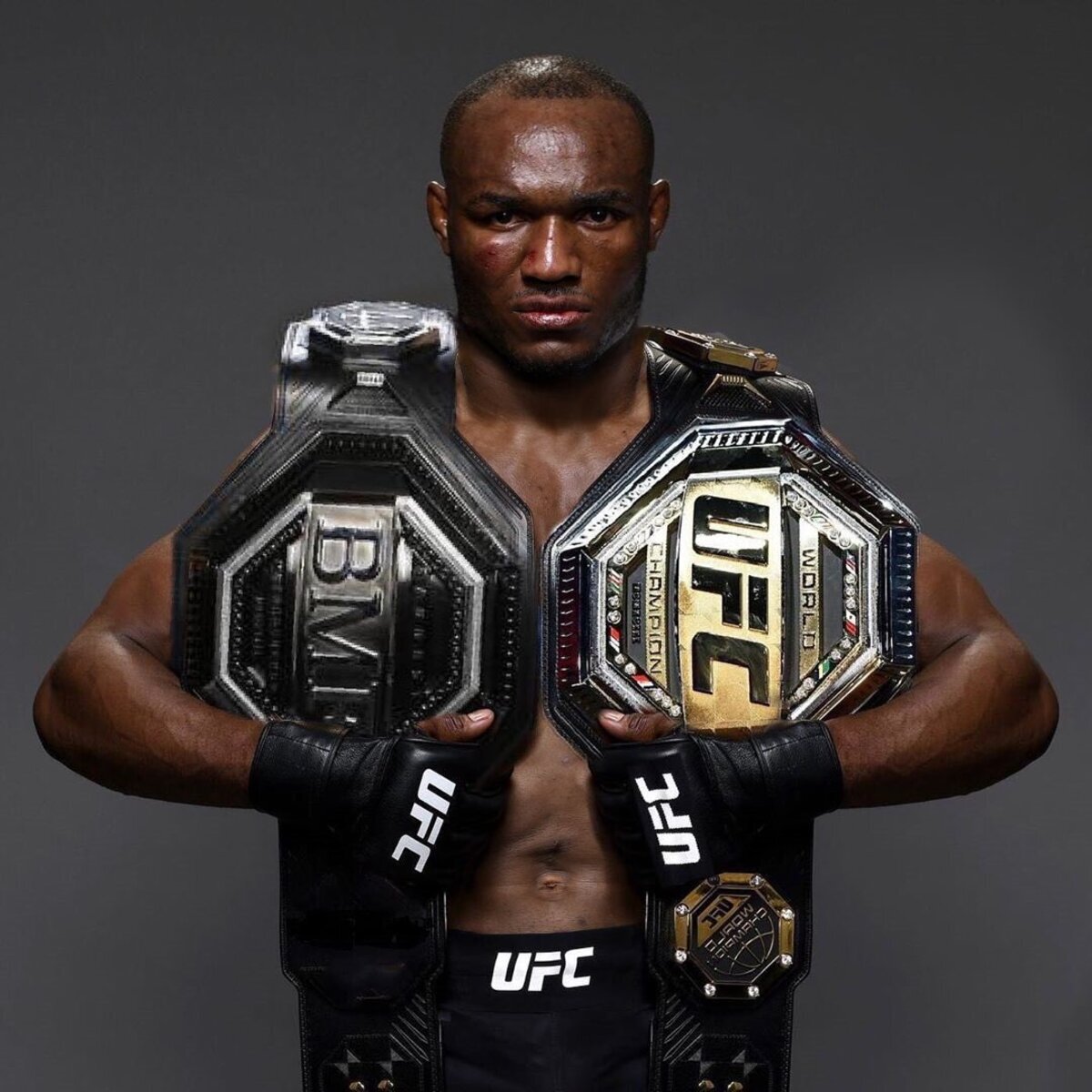 A lot of people dream of becoming UFC champions. But for Kamaru Usman, that dream was different. He’s the first African-born athlete to win the UFC belt on the whole continent of Africa.

Kamaru Usman is an African-American mixed martial artist and the reigning UFC Welterweight Champion. Born in Edo state, Nigeria, Usman moved to the United States when he was 8 years old, making him the first African-born champion in the UFC.

He has a professional MMA record of 20-1-0 and is currently ranked #1 in the world by ESPN.com and UFC.com. Here are some facts about this man who is breaking all barriers:

Who is Kamaru Usman?

Born in the Auchi region of Edo State, Nigeria on May 11th, 1987, he is a Nigerian-American professional mixed martial artist and former freestyle wrestler. He graduated as a folkstyle wrestler too. Usman is also ranked number one in the UFC men’s pound-for-pound rankings as of September 2021. His father was an army major, and his mother worked as a teacher.

Due to hard economic hardship, his dad had to leave him and two of his brothers, Kashetu and Mohammed, behind in search of greener pastures in the US. However, it wasn’t all smooth sailing for young Usman because he battled with difficulties growing up in Benin City with his grandmother when his dad left them behind, only to return years later better off than before after becoming an American citizen and pharmacist.

Usman started wrestling in his second year of high school at Arlington’s Bowie High School. Since he had difficulty pronouncing Usman’s name, his wrestling coach called him “Marty.” He was given that nickname, and it followed him throughout his entire amateur wrestling career.

In college, after competing with Jon Jones at the senior national tournament and amassing a 53-3 record in high school wrestling while placing third on the Texas state championships circuit, Usman left for college early to compete as an NCAA wrestler before ultimately transferring to train full-time in mixed martial arts (MMA) once he graduated from the University of Nebraska at Kearney (UNK).

He made his official UFC debut against Leon Edwards on December 19th, 2015, when he won by unanimous decision. Ever since then, Usman has fought his way up through the ranks, defending with ease so far what has been considered one of the longest reigning titles ever held by anyone who competed in this league.

What motivated him to become a UFC champion?

Kamaru Usman is a Muslim and wanted to be the first UFC champion from Africa.

Usman told CNN that he was motivated by his unforgettable childhood in Nigeria.

Usman’s second motivation was to represent his entire continent, Africa. He stated that his ultimate goal is to win all the belts in the welterweight division so he can bring them back to Africa with him in order to show them off and inspire young athletes on the continent.

How did he get the name “The Nigerian Nightmare”?

Usman had always wanted to have a special signature on his name that represented his country, Nigeria, and his continent, Africa, so in 2012, he contacted his mentor and National Football League (NFL) legend, Christian Okoye, to allow him to use his nickname in the MMA ring and rejuvenate the old glory behind the name “The Nigerian Nightmare.”

Christian Okoye, who originally had the nickname, was renowned in the NFL as being one of the most fiercest African athletes, if not the most. With Usman’s eagerness to uphold the glory behind the nickname, Christian Okoye finally gave his blessings to the rising star for him to use it.

That’s how he became famous as “The Nigerian Nightmare!”

What does it mean for Usman to be the first African UFC champion?

The first African UFC champion is a major milestone for the UFC. According to MMA Fighting, Usman is also the first Muslim to win a UFC title.

Usman’s history-making victory has gained him more popularity because of his Nigerian roots. According to SportsDay, Usman is the first fighter from Nigeria to win a UFC title. He’s one of only five fighters from Africa to ever fight for a UFC belt, and he’s the first to win one.

Fighting has become more than just a hobby for him; it has become his passion and gives him purpose. Now that he’s the defending world champion, Usman continues to fight so that he can inspire other people across Africa who are looking to follow their dreams.

What are some of Usman’s accomplishments in MMA?

Usman has had a lot of success in MMA so far. His winning streak before signing with the UFC was 17-1, which is impressive. He also holds a black belt in Jiu-Jitsu, which is rare for a fighter in his weight class in the UFC.

He is currently ranked number one in the UFC’s latest pound-for-pound rankings.

But Usman isn’t just about fighting—he’s also been vocal about social issues and has drawn attention to injustices by wearing shirts that address police brutality against Africans and African-Americans. To sum up, he’s not just an athlete; he’s an activist too.

He has a message for the next generation of Africans.

Usman encourages other people from Africa to follow his lead and overcome their challenges head-on. He knows firsthand how important it is to believe in yourself and not back down when faced with adversity. This mindset has helped him succeed as an immigrant, a fighter, and now a UFC champion.

Usman’s life is an example for all people. He has persevered in the face of hardship and always found strength through his faith. His accomplishments are a testament to the power of dedication and hard work. And finally, he is the first African UFC champion.

In short, Kamaru Usman is an inspiration to all Africans.