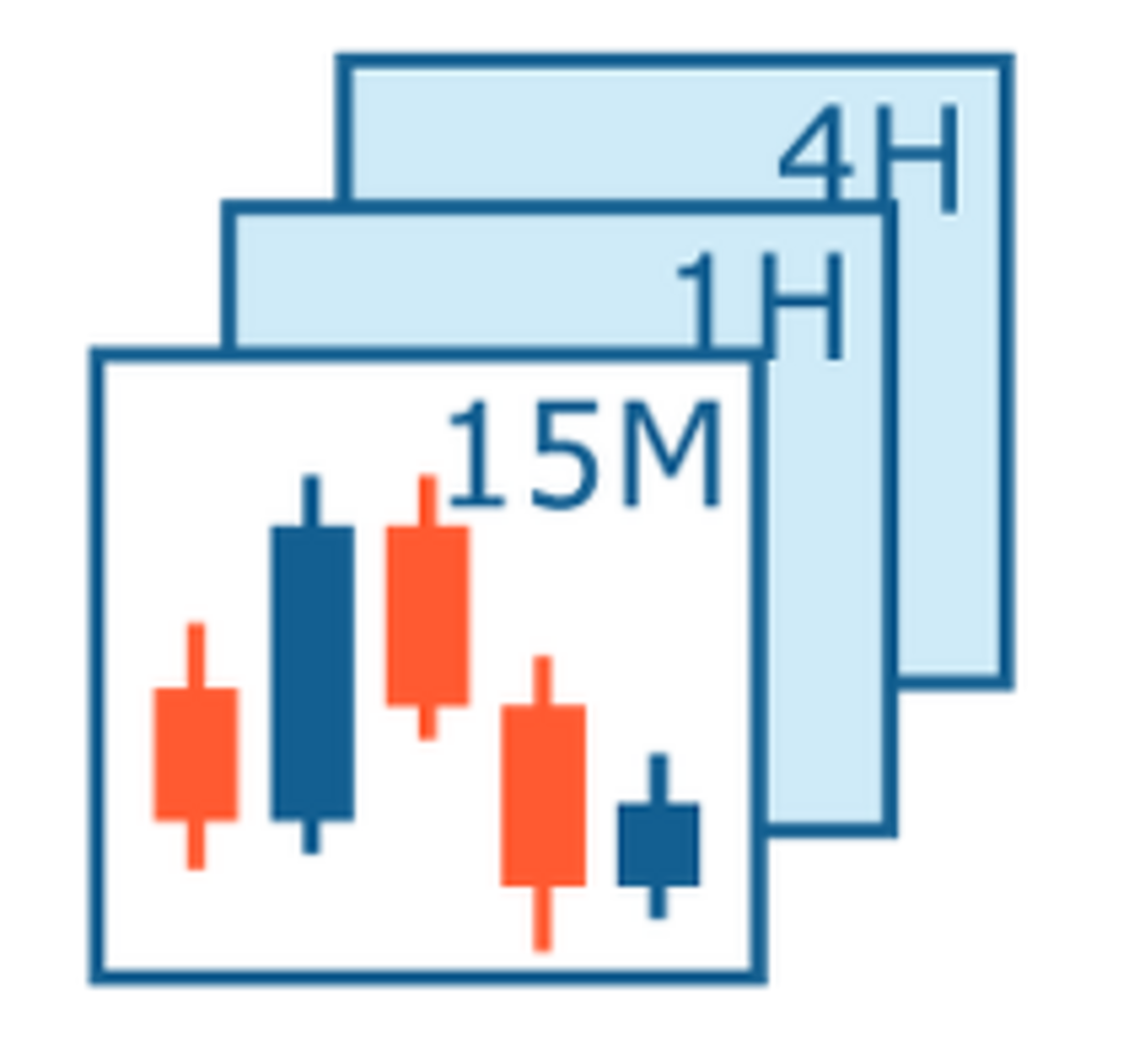 Multiple time frame analysis is monitoring a currency pair across different time zones. There are no rigid rules as to what timeframes should be combined, although there are general guidelines that seasoned forex traders use. Seasoned traders combine three time frames; using less than three time frames can result in insufficient data while using more than three can give redundant readings.

Seasoned traders use the ratios of 1:4 and 1:6 when switching between timeframes. When using the ratio of 1:4, that means that if the shortest time frame is 15 minutes, then you should switch four times more, meaning you switch to the 1 hour timeframe. When using the 1:6 ratio, you switch from a 15-minute time frame to the 300-minute timeframe. It is pointless to focus on extremely small time frames since the price movements give little information on the general market trend, and you can get overwhelmed when the market is highly volatile.

How to conduct multiple timeframe analysis

It would be pointless if I told you about the benefits of multi-timeframe analysis and did not give you guidance on how to set up these time frames. You select the timeframes for analysis according to the amount of time available for trading and the timeframes used most by seasoned traders for winning trades.

Why use multiple time frame analysis

Using multiple time frame analysis reinforces your decisions to either go long or short. Studying Multiple time frames is a top-down analysis that allows traders to see the current market trend. Therefore, the trader enjoys the lowest risk if they trade according to the trend. Actually, most seasoned traders trade according to the direction of the trend. If at all you conduct multi-timeframe analysis, and you notice that shorter timeframes are changing trend direction, you should be cautious about setting up trades against the overall long-term trend because a reversal can occur at any point. Trading against the trend poses a higher risk. Alternatively, the trader can choose to wait for the shorter time frames to align with the general trend so as to enter positions according to the direction of the market.

The secret is effectively utilizing fundamental and technical analysis tools and identifying important points of value.

The simple moving average is an important indicator of price trends. When the price is above the 200 SMA, the market is considered to be in a long-term uptrend. In this case, the 200 SMA identifies the long-term trend while the 50 SMA identifies short-time price trends. If the price is trading above the 20-day SMA, it is considered to be in a short-term uptrend. The vice versa is true.

Another way to trade the Simple Moving Average is the SMA crossover, which is essentially when a short-term SMA crosses over a long-term SMA and vice versa. In a bullish market, If the 50 SMA crosses above the 200 SMA, this is a clear indication of a bullish trend, and the presence of high trading volumes can confirm this. This trading setup is known as the golden cross, and it is a sign to go long.