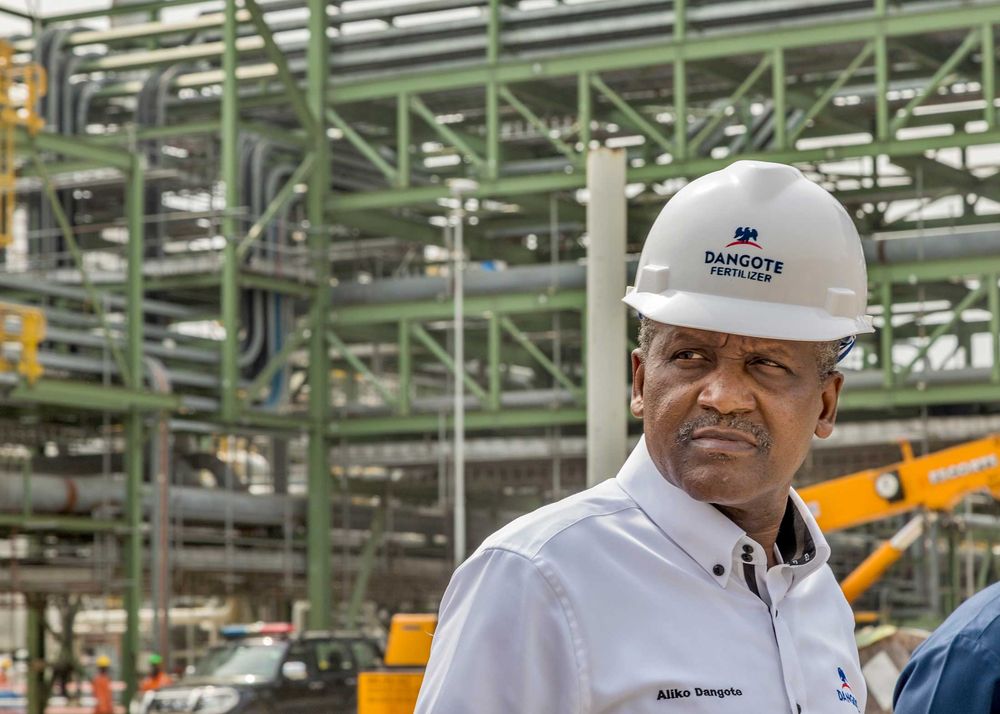 Aliko Dangote is Africa’s richest man. According to a July 2020 Forbes ranking, he has an estimated net worth of 13.5 billion dollars. That is a whole lot of money! I can only imagine what I would do if I had that amount of money.

Africa’s richest man was born into a wealthy family, his story is not the typical grass to grace narrative that we all love to listen to. His great grandfather Alhaji Alhassan Dantata was the richest West African at the time of his death in 1955. You might wonder if Dangote‘s story can motivate young Africans. The answer is Yes! Here is a man that has risen to the top and built a financial empire out of sheer determination and focus.

Dangote said he had the entrepreneurial spirit in him right from childhood. As a primary school pupil, he would buy cartons of sweets(candy) and would sell them just to make money. Little did he know that he would become Africa’s richest man in the years to come.

Aliko Dangote started his business with a loan. At the age of 21, Dangote borrowed $3,000 from his uncle to import and sell agricultural commodities in Nigeria. The business venture quickly became a success, and within three months of starting operations, he was able to repay the entire loan. Today his company Dangote Group is a multitrillion naira conglomerate with operations in Benin, Ghana, Nigeria, Zambia and Togo. Dangote has investments across Africa and is a very influential figure on the continent.

The Dangote group sells sugar, salt, flour, cement, processed food products. They export agricultural commodities to different countries around the world. The company has investments in real estate, banking, transport, textiles, oil, and gas. The company employs more than 11,000 people and is the largest industrial conglomerate in West Africa.

One lesson we young Africans can learn from Dangote is the lesson of meeting needs. If we can provide solutions to the problems in our environment we can make money and create wealth. Dangote sells the simple everyday commodities that people make use of in their homes. If Dangote’s company folds up today, there will be a food crisis in many African countries. In Nigeria, the construction industry will grind to a halt because Dangote Cement is the major building material in the country.

As expected, Africa’s richest man is a philanthropist, he donates to his people, the government of Nigeria, African countries and international organizations. The Dangote group has provided succour to millions through philanthropic gestures.

The mystique of Africa’s richest man is his ability to conceal his private life from the public glare. Little is known about his private life except for the fact that he is unmarried, has three daughters and an adopted son. Aliko Dangote has managed to keep his private life away from us, we know him yet we don’t know him. He is not active on social media so we rarely get to see pictures and images of his private engagements, unlike some billionaires who treat us to a reality show of their daily lives. If you were the richest man in Africa, would you show off?

The mystique of Dangote lies in his simplicity. People who met him and have had close encounters with him say he is a simple man with an unassuming personality. This increases his attractiveness and makes people wonder about his lifestyle.

Africa‘s richest man will be around for a long time and his mystique will continue to exist for as long as he lives his normal life. We need more focused billionaires like Aliko Dangote, we need employers of labour and wealth creators on the continent!