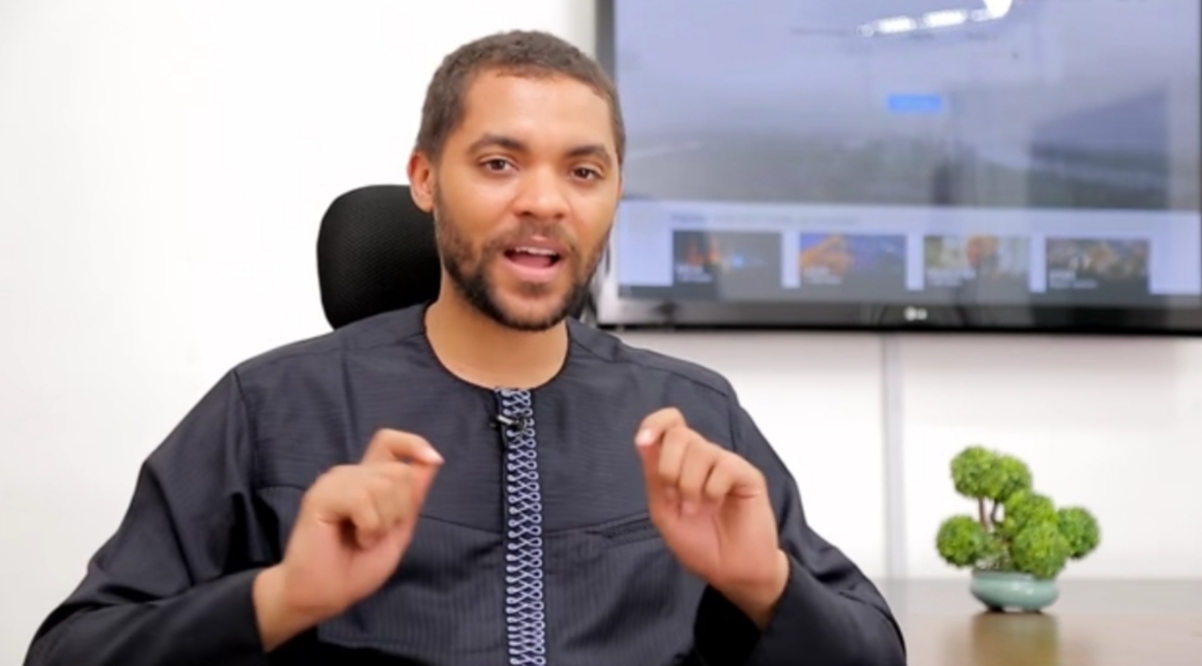 Mark Essien is the Founder and CEO of Hotels.ng, an online company that makes it easy for people to locate and book hotels online. This idea of Hotels.ng was inspired by Uber, the largest taxi company that owns no taxi. In like fashion, hotels.ng owns no hotels. What they do is simply make hotel bookings possible online. This way, they solve the problem of customers looking for hotels to lodge in unfamiliar locations. Work might bring such customers to such location, even tourism could bring such customers to such location.

Mark Essien was born on the 18th of December, 1980. He hails from Akwa Ibom State South South Nigeria, Ikot Ekpene to be precise where he had his primary and secondary education before travelling to Germany at the age of 18 for his tertiary education. He holds a Bachelor of Science in Computer Engineering (Hardware & Robotics) from Beuth University, Berlin and a MSc in Computer Science from Freie University Berlin, Germany. Before the birth of hotels.ng, he engaged in series of software development, chief of which was a file sharing software he called Gnumm. Gnumm gained traction as it had a lot of downloads which eventually got the attention of Snoopstar, an augmented reality platform which was part of the Bertelmann group. After much negotiations, Essien sold the software to snoopstar and decided to work with Bertelmann group so as to learn more and develop his skills.

The Birth of Hotels.ng

Mark Essien had always had interest in the travel industry. He thought of ways on how he could contribute to the development of this industry but was discouraged because of how crowded it was. He wanted to make a difference. One day, the thought of owning a Uber like company crossed his mind. Replicating Uber’s strategy in the hotel and hospitality industry was the idea. Without wasting much time, he decided to go back to his country, Nigeria where he would launch this idea with the vision of expanding to other African countries.

As a software developer, building an app for his idea, hotels.ng wasn’t rocket science. He built it alone from the scratch but needed funding to float the idea, so he took to social media to do is little promotion. This got the attention of Jason Njoku who was fascinated by the idea. Jason himself had already had a successful online venture known as IrokoTv. He became the first investor who initially invested $75,000 USD and later after few months, invested $150, 000 USD which was used in building the initial traction group. In 2015, 2 years after Hotels.ng was launched, and about 1.2 million dollars was raised which helped the company expand to other parts of Africa. They have branches in South Africa, Kenya, starting in Tanzania and Rwanda, and a little bit in Ghana according to Essien in an interview.

Hotels.ng is the biggest online hotel booking agency in Nigeria that launched in 2013. One would think that this company was going to start in Lagos, a hub of industrial development in Nigeria. But instead, Essien started in Calabar due to its tourism characteristic. While in Calabar, over 300 hotels were registered on Hotel.ng. He would later spread his reach around the country as more funds were raised. Lagos market was alarming as 2500 hotels were added to the app. In an interview, Essien revealed that Lagos has about 35-45% engagement. While Abuja, the Federal capital has about 18%. He reveals that an average of 15 hotels are being added every week. Today, hotels.ng has over 12,000 hotels registered to the platform.

Hotels.ng might have started in Nigeria, but the goal is to become an African company as Essien is always troubled with the zeal to make Africa a better continent. His vision is to make it possible for tourists to be able to access hotels in any destination of choice with ease. Forbes published Essien’s net worth to be $8 Million USD

The major challenge Hotels.ng has faced in the past was that one of their servers that had been running for 4 years stop functioning.  Developers who had built it were no more available. It became cumbersome to revive it. Quoting Essien,
“At Hotels.ng, we use 6 servers – all are fully dedicated, baremetal servers. That means we get the pleasant task of managing everything on the servers. It saves us a lot of money, but for that, we really need to go deep into the infrastructure.”

“Sometime in November last year, one of our servers died. It had been running along for 4 years without a problem. Then one of the SSDs died – of course, in the middle of the night.”

“I woke up to many messages on my phone, lots of emails, etc.

It initially looked like an easy problem to solve – we could still log into the server. But it was not, because even though we could log in, disk writes were unreliable.”

“After a bit of struggle to get it back up, we realised that we needed to move the server. After a server runs for 4 years, nobody really knows the intricacies of what is happening anymore – and the team that set it up, had over the years been replaced by a completely new team.

So we went through an 18 hour ordeal to get everything working again. ”

This challenge taught him a lesson which served as a fantastic experience at the same time. Essien knows better now by replicating the database on 3 machines.

1. Everything we lack is an opportunity we will use to jump past the rest of the world.

2. I think it is easier to do things alone than with a (bad) co-founder.

3. There are always a bunch of challenges at every stage of your company. Success comes from identifying what the particular most pressing problem is right now, and solving that one problem. If you look at the big picture, then you get distracted from solving the small problems. The big picture is an ideal, but the small problem is the current thing blocking you from getting there.

4. No matter where you are, if you have the grit and the drive, you will achieve great things.

5. Go ahead and execute even with the fear until it is no longer a problem.

6. Believe in your product even when trusted friends don’t encourage you

8. The only true currency we humans have is time. Everybody is given a pot of time when they are born, and every day they take out a little from it. One dreaded day, the pot is empty.

10. Whenever there is a good market, a lot of people enter the market

11. Personal branding is extremely important in all forms of business

12. Understand what you are doing

14. Understand what it means to have a monopoly position and what drives you into that.

2 thoughts on “How Uber Inspired Mark Essien, CEO of Hotels.ng”