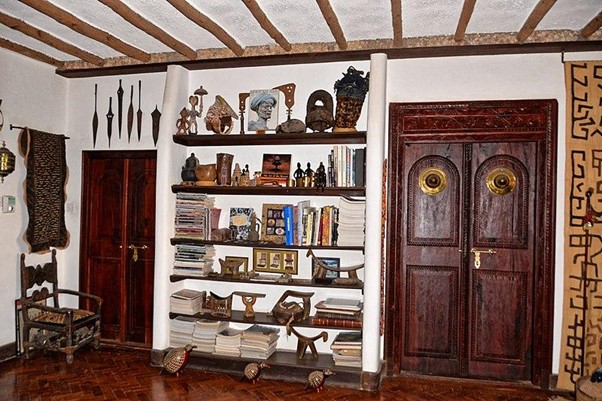 Africans in the diaspora, who were not born in the mother continent, have historically had  difficulty tracing their African Ancestry or  ancestral roots. However, technological advances in genealogical tests over the past few years have enabled more African-Americans to trace their roots. Some results are as accurate as to give you the specific present-day African nation your ancestors came from and the specific tribe or clan.

Read on to find out more about how you can trace your African ancestry.

Why Trace Your African Ancestry

When actor Isaiah Washington traced his African roots, he said: “I now have a sense of closure and a new meaning for the term African-American.”

Like Washington, you can find closure by tracing your African roots. It could be closure from the wounds of the past or just the peace of mind of knowing you actually could have belonged somewhere in the African continent.

For others, tracing their African roots is about having a sense of identity. White Americans have a culture of waving the flags of the European countries their ancestors relocated from. In fact, through the popular racist song “Every Race Has a Flag but The Coon,” whites would mock African-Americans for their inability to trace back their family roots.

African-American celebrities have popularized the idea of identifying with their African origins. Isaiah Washington traced his roots to Sierra Leone, Oprah Winfrey has relatives from the Zulu tribe in South Africa, and Erykah Badu’s lineage traces back to the Bamikele of Cameroon.

In an ideal world, tracing your ancestry would only require looking up government records. But due to issues such as slavery and the lack of recording systems in some countries, government records are unreliable. For instance, in the US, the government did not include the names of enslaved African Americans in censuses until 1870, the first census after the Civil War.

So, DNA-based genealogy tests are your best option.

Your DNA carries unique markers that can help confirm your African ethnicity and the present-day African country your ancestors were stolen from. Companies offering genealogy tests trace your ancestry by analyzing the Y chromosome, passed down by your biological father. The other option is analyzing the mitochondrial DNA.

Both are passed down from generation to generation unchanged for up to 2,000 years along a single lineage.

Tracking your roots through the maternal route is more likely to bring back African roots because of a history of women slaves being raped by their white owners. However, the test requires a living male relative.

Some of the companies providing genealogy tests include AncestryDNA, MyHeritage, 23andMe, and African Ancestry.

Challenges You Might Face While Tracing Your African Ancestry

The following are some of the challenges you might face when trying to trace your African Ancestry:

Lack of Enough Samples to Compare your DNA with

Ancestry tests are generally more accurate for whites than people of color, although the situation is gradually improving for African Americans. The issue is the lack of enough reference DNA panels.

On Ancestry.com, the only company that lists the number of reference panels it has, there were only 41 samples from Northern Africa in 2015 compared to 2,072 samples in its Germanic Europe panel.

These samples are crucial in genealogical DNA tests as they help improve results when narrowing down where an individual’s ancestors came from. Additionally, the lack of enough samples makes it harder to trace relatives. While someone with German roots can trace a horde of second and even third cousins, people with African roots might only get information on the part of Africa their ancestors came from, say present-day Guinea.

Several companies are offering genealogical DNA tests. Ideally, you want to hire a company with a large pool of reference samples. However, the results will be better if the company has more African reference DNA samples. For that reason, I would recommend African Ancestry.

Compared to other companies, African Ancestry is relatively small. However, it has specialized in tracing African heritage since 2003.

“Our mission is very different from other companies. We were formed to help people connect with their ancestry prior to the Atlantic slave trade,” said Gina Paige, the company’s president, speaking to USA Today. At the time of the interview, in 2018, she added that the company had more than 33,000 African samples collected from 40 African countries (there are 55 countries in Africa).

With the company, you might not only get more accurate results, but you will also be promoting a black-owned business.