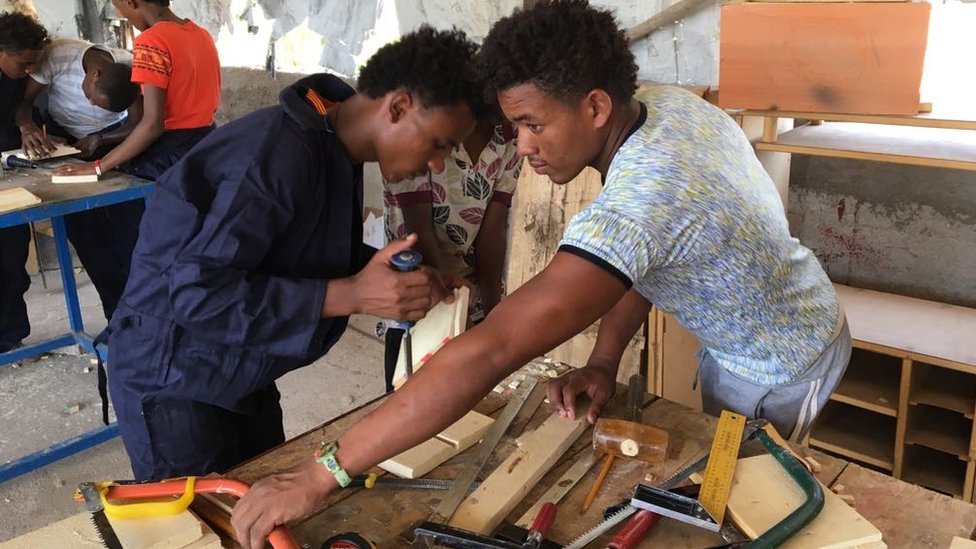 If you thinking of how to survive in Eritrea or going to Eritrea for a visit, then this article was written for you.

Eritrea is located on the eastern coast of Africa. It is bordered by Ethiopia, Sudan and Djibouti. It is a multi-ethnic group with a population of over 5.5 million people. So, knowing how to survive in Eritrea is your number one step to achieving greatness in Eritrea.

Eritrea is an authoritarian state. Since 1993, the country has been under the leadership of President Isaias Afwerki. Western-styled democracy is not practiced in the country and no opposition is allowed. If your political views do not align with that of the regime, you’d better keep them to yourself or risk arrest and jail. Keep a non-partisan front and obey the rules if you want to survive in Eritrea.

The former Italian colony has nine national languages which are Tigrinya, Tigre, Afar, Beja, Bilen, Kunama, Nara, Arabic and Saho. Tigrinya, Arabic, and English serve as de facto working languages, with English used in university education and many technical fields. While Italian, the former colonial language, holds no government recognized status in Eritrea. Tigrinya serves as the de facto language of national identity, it is the most widely spoken language particularly in the southern and central parts of Eritrea.

The amount of cash you can withdraw from your bank account in Eritrea is restricted to just 5000 Nakfa ($330) a month. There are no ATMs in Eritrea. Even if you have millions in your account you can’t withdraw more than that 5000 Nakfa unless you are planning a wedding or any big occasion where you have to obtain an official letter from the government to your bank to permit you to withdraw more than that amount. So to survive in Eritrea you have to be prudent with cash spendings or you might find yourself buying things on credit and getting into debt.

There are few vehicles in Eritrea especially in Asmara the capital city. This is a result of the low population combined with low salaries, high import taxes and fuel shortages. Hence there is no traffic in Asmara making it a very ideal landscape for cycling. If you live in Asmara you should learn cycling as a survival strategy and get a bicycle to get around the city instead of enduring long waits to get on overcrowded buses. There are bicycle repair shops all around Asmara and you won’t run short of spare parts. Money is tight in Eritrea and cycling helps you save money.

Trading is important to survive in Eritrea. You can sell different items and make some cash. Remember that cash is scarce and so selling items can become a very good source of income or additional income if you have a job. You can sell fresh fruits, vegetables, spices and pulses, you can sell pottery goods, you can sell groceries, Chianti, mineral water, wine and spirits. So no matter whether you are in Asmara, Keren, Teseney, Assab, Medefera etc, you can sell a commodity and earn money.

Weddings are big elaborate and elaborate ceremonies in Eritrea and are held frequently. As a way to survive in Eritrea, you can become a wedding planner, be a wedding vendor and make profits.

Addiction to the internet is a luxury in Eritrea. Sim cards are like gold dust in Eritrea. Citizens need to apply to the local government administration to get one. Moreover, even if you get a Sim card, you can’t use it to access the internet because of limited mobile data.

In Eritrea, the major way of accessing the internet is through WiFi, but it is very slow. If you want to get onto social media sites like Facebook and Twitter, you have to use a virtual private network (VPN) to circumvent government censorship. So in Eritrea, you will have to learn to live without access to the internet.

The only major safety threat in Eritrea exists in areas close to the borders of Ethiopia, Sudan and Djibouti. Tensions between the nations mean that these areas are heavily militarized and there is no crossing of borders permitted whatsoever. Avoid the towns near the borders especially at night time as not only is there the risk of politically motivated violence but petty crime rates there are much higher than elsewhere in the country.

Eritreans pride themselves on their self-reliance but a support system is necessary for you to survive in Eritrea. You need to have a network of friends, family, acquaintances, colleagues and neighbours that you can rely on especially in emergencies.

1 thought on “How to Survive in Eritrea: 10 Tips for Living in Eritrea”