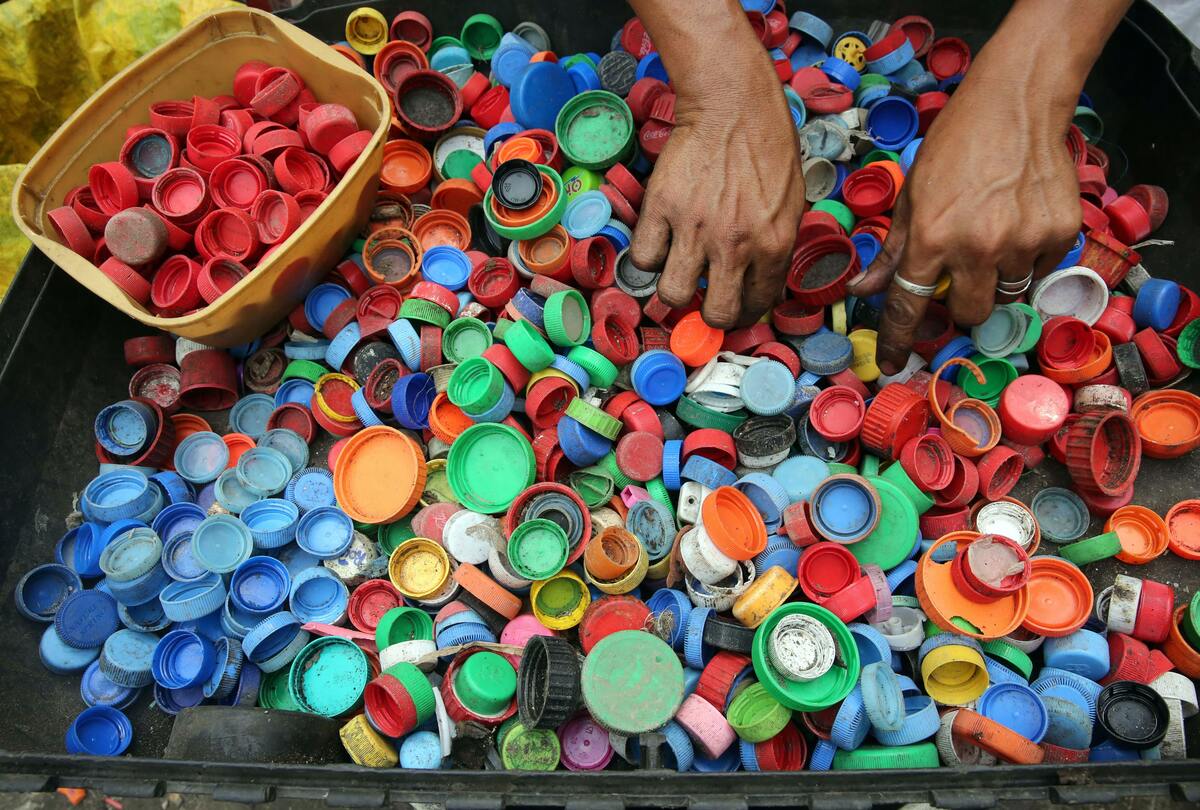 The deplorable reality of making Africa a destination for the West’s waste product has been a debatable discuss amidst scholars and political pundits. While debates have been on, certain women from the suburb of Abidjan, the capital of Ivory coast have taken up the challenge of cleaning the streets by removing plastic wastes. This simple activity has not only been monetized by them, but it has inspired an ingenious product from these plastic wastes. Bricks have been manufactured from these plastic wastes to build schools for pupils in Ivory Coast. This is a major challenge militating against an enviable standard of education in the region. It is against this backdrop that we discuss how some women collect plastic waste to build schools in Ivory Coast.

National Geographic posits that the United States generates more plastic trash than any other nation. Such plastic wastes have been exported to China who has now rejected such trade offers. China’s rejection has made Africa an area of interest. Report reveals that Kenya has become a buffer state for other African countries ranking high among the countries US exports more than a billion pounds of plastic waste to. This information is based on theAfricareport.com   in 2020.

While scholars and certain personnel from government parastatals deliberate on the way out, certain local women with no education in Ivory Coast thought it fit to get rid of them by selling to a company that can recycle them into bricks to build classrooms for pupils. This gave rise to the initiative of using plastic wastes to build schools. One of the major challenges facing Ivorian schools is the unavailability of classrooms. They either do not exist and if they do, they are usually overcrowded and never suitable for learning. According to one Dr. Aboubacar Kampo, a representative of UNICEF at the time revealed in a press release that – “in certain areas, for the first-time, kindergartners from poor neighborhoods would be able to attend classrooms with less than 100 other students. Children who never thought there would be a place for them at school will be able to learn and thrive in a new and clean classroom” This prompted a deal with a Colombian company known as Conceptos Plásticos who has been charged with the responsibility of building 528 classrooms for about 26,400 students during the first phase of its contract with UNICEF. In addition to that, they intend  to build latrines, community centers, and even homes using bricks made out of plastic wastes.

These women also referred to as ‘fighting women’ from Gonzagueville, Sakassou and Divo villages identified the problem of shortage of schools in the suburb of Abidjan, the capital of Ivory Coast. They put heads together and came up with a cheap way of using plastic wastes to build schools. Since the traditional building  bricks were expensive, they were inspired by what would naturally discourage an average person. They embarked on the hustle of gathering plastic wastes in the inlands of the suburb which were later exchanged for cash. These plastic were later exported to Colombia to be manufactured into bricks and later exported back to build classrooms for pupils. A report from UNICEF reveals that Abidjan generates more than 300 tonnes of plastic wastes on a regular basis and less than 5% of these waste are recycled. This prompted these insightful and hardworking women to engage in the hustle of picking up plastic wastes from the landfills of Ivory coast. A report in the New York Times reveals that these women make between $8 to $17 dollars by selling to recycling middlemen a week. Although, a paltry sum compared to the $25 weekly minimum wage of the country,  it makes ends meet.

Articles consulted for further information posit that over 8 classrooms have been built from bricks recycled from plastic wastes. Pupils now have conducive classrooms to learn.  Also, apart from schools, bricks manufactured from these plastic wastes will also be used to build toilets and welfare shelters. This art of using plastic wastes to build schools has also served as a model that has inspired others around the world on other forms of recycling plastics. For example, artists have designed stunning installations with plastic wastes. In India, plastic wastes are grounded to asphalt to pave roads and even vehicles like the boat made out of plastic that set sail in Kenya. These women have served as a source of inspiration to many in other African countries and beyond the African continent.

These women have glamorously placed their names in the history book of not only Ivory Coast but of Africa as their story of using plastic wastes to build schools will be told to people yet unborn. They are a source of inspiration and have motivated many to think outside the box. In the nearest future, a plethora of buildings will be made out of plastic waste around the world.