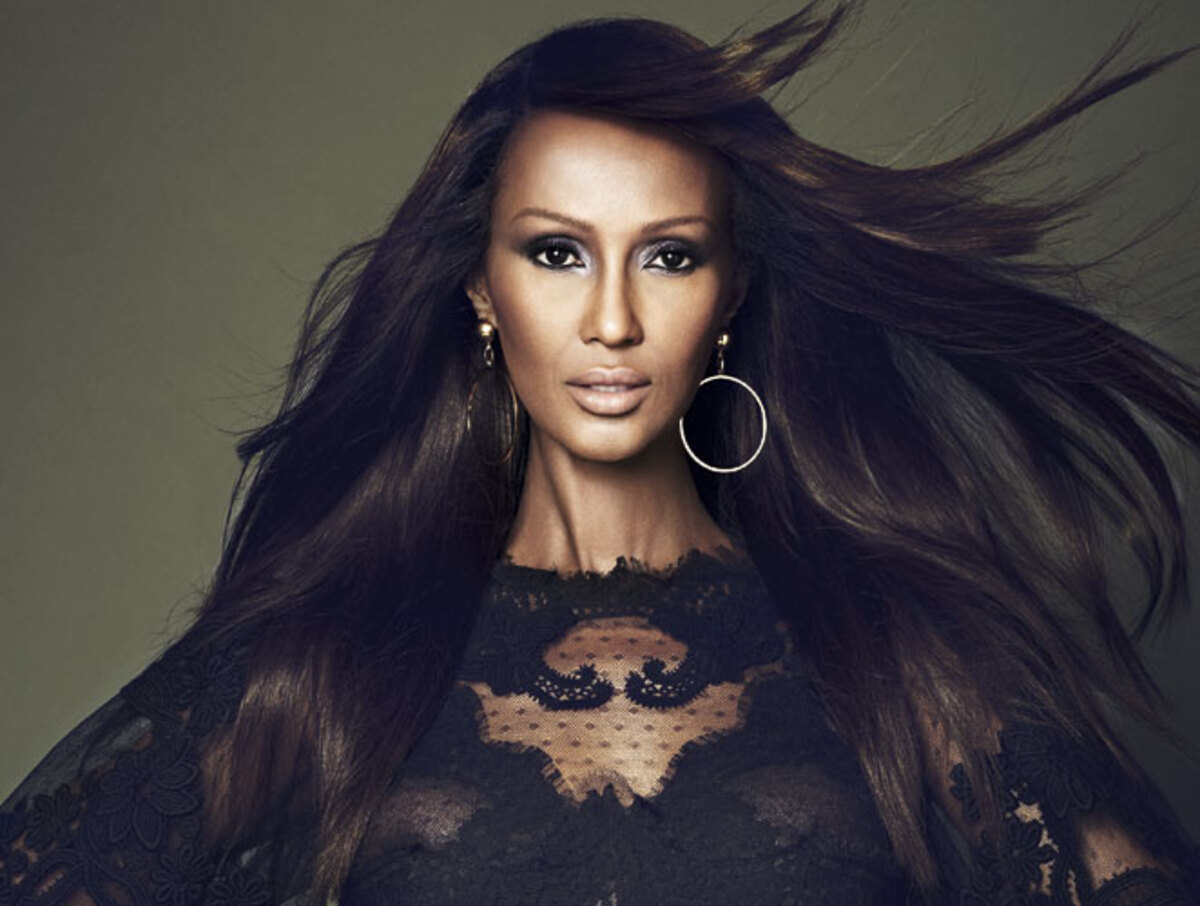 Iman Abdulmajid popularly known as Iman for short is a female model from the Somalian root who has carved out a niche in the modelling world. She is the first female child of her family’s 3 generations.

Iman Abdulmajid was born Zara Mohamed Abdulmajid in Mogadishu, Somalia, on the 25th of July, 1955 to a diplomat father, Mohamed and a gynaecologist mother, Maryan. As stated in the introduction, Iman was the first girl of 3 generations. This reality is responsible for her mental upbringing which makes her see herself as no different from the male gender. It is reported that her grandfather re-christened her with the male name, Iman because he had the strong belief that she was going to succeed with a masculine name. Her parents later strengthened this mentality of her being equal to men. This will later play a major role in influencing her gigantic success.

Journey into the Modelling World

Iman Abdulmajid  who grew up during the period of unrest in Somalia once had a smooth life. Her dad who was an ambassador to Saudi Arabia took his family along with him. But Iman won’t be able to school in Saudi as it was forbidden to educate female children. This warranted the need to send her to a boarding school in Egypt. Her schooling in Egypt was short lived at the age of 14 in 1969 at a time when a coup was staged in Somalia. This was because her dad was recalled.

The family went back to Somalia but later fled Somalia to Kenya as refugees for the sake of security. This period marked a turning point in Iman’s life as it was the genesis of her embarking on a journey to the modelling world. A world she had never thought about.

18 years old Iman was perturbed with the concerns of what happens next for her and her family. They were already refugees with not much to survive on.

On her way to school one day, someone tapped her and asked to take her pictures. She refused because she thought the person was trying to woo her. But after much pestering, she agreed on a condition. This condition was that she was going to pose for pictures for exchange of her tuition fees which runs to the tune of $8,000 USD. The condition seemed like a joke to her thinking it would make him back off. But he obliged. What sort of photographer would agree to such demand? He was a renowned photographer, the popular Peter Beard who became the catalyst to Iman’s career in modelling. She would later become the most famous model in the world, one who once earned a whooping sum of $20,000 in a day.

Everything changed when Peter Beard sent Iman’s pictures to Wilhelmina Cooper, the founder of Wilhelmina Models, a modelling agency based in New York. He found the pictures stunning and asked if she could relocate to the US. She agreed despite being a newly wed. Her exodus would affect her marriage, a part of her life she has kept under wraps. Although it was a relief to her parents who were against the marriage.

On arriving the US, she connived with Beard on a story of how he found her herding cattle in a bush in Africa. This story seemed like a fairytale to many who found it fascinating even after she had debunked it later on.

Months after getting to New York, she made it into the US Vogue magazine. These attracted top clothing lines such as Yves Saint Laurent (YSL) and Calvin Klein. Klein was once quoted saying Iman was a natural, “she knew how to sell the clothes better than anybody.”

Iman found it difficult to adapt to the life in US due to racism. She is quoted as recounting an indelible experience saying “I will never forget the first time I tried to get a taxi at night, only to be ignored because I was black’

One major challenge she faced was engaging in an accident that affected her cheek bone and fractured some part of her ribs. During the process of recuperating, she had a rethink of her life priorities. This period gave birth to philanthropic ideas and initiatives to help her people from the motherland. Such project is the Raise Hope for Congo Campaign, an initiative aimed at protecting and empowering Congolese women and girls. It was also during this period that the idea of starting her own cosmetic line, IMAN was conceived which was later launched in 1994. She collaborated with Proctor & Gamble (P & G) to take the business global. Today, her cosmetic bran, IMAN is globally and reported to take in an estimated sum of $25 million dollars annually.

Although she was married before going to America. The divorce was finalized when she got to New York at the age of 20.

The level she had attained in the modelling world made her an attraction to men of calibre. She went on to date Warren Beatty, then married New York Knicks basketball star Spencer Haywood in 1977. Her marriage to Spencer later crashed.

Her shift towards entrepreneurship made her meet David Bowie who she spent 24 years with until his death in on the 10th of January, 2016 as a result to cancer.

Some Quotes of Iman Abdulmajid

1. Sometimes you will never know the true value of a moment until it becomes a memory.

2. I was taught that I could do what the boys in my family could do, that the sky – and beyond – was the limit’

3. Refugees are 99 per cent of the time people who have left their countries in fear of their lives. I am the face of the refugee

4. I get my stubborn character from my country’s shape

5. Life is too short not to have pasta, steak, and butter.

6. Eliminating the things you love is not wellness. Wellness feeds your soul and makes you feel good.

7. My looks have changed. I have laugh lines – not wrinkles.

9. The day you settle for less is the day you will get less.

10. At the end of the day, my legacy will not be modelling but my cosmetics line.

12. I believe the universe has great plans for us. When you are young, you don’t learn that.

13. I have a 15-year-old daughter who thinks that I always had this self confidence that I have now at the age of 60. And I always tell her that what she is going through – the low self-esteem as a teenager – that is a right of passage.