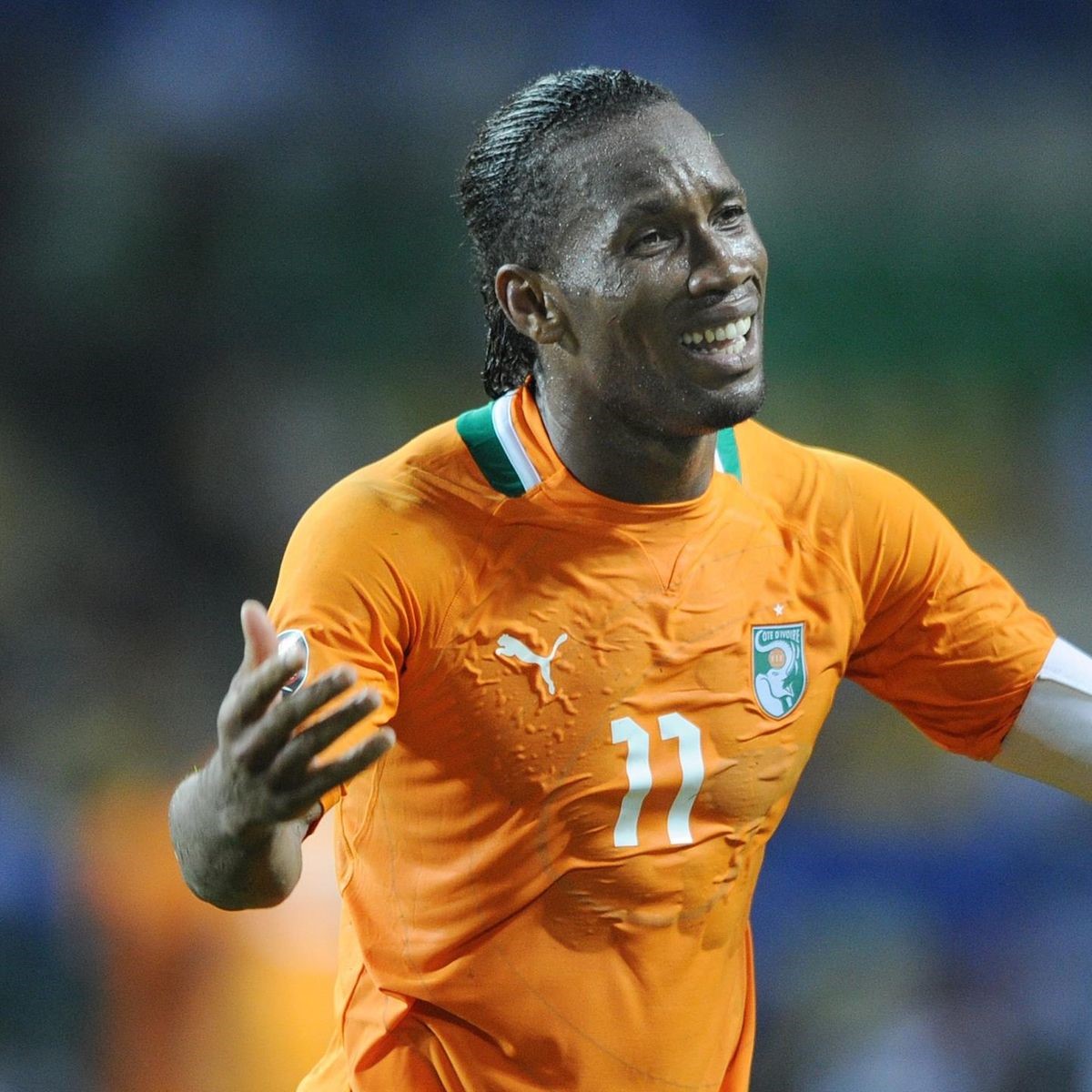 By the year 2005, Ivory Coast was being raged by a civil war that started in 2002. The state of unrest and anarchy was catalyzed by law drafted by the government to qualify a presidential candidate. The new legislations required both parents of a presidential candidate to be born in Ivory coast that meant Alassane Ouattara from the north was not eligible to contest.  This new law created a rift between the North and South which subsequently turned to years of civil wars. One of the person that worked to end the Civil war was Didier Drogba.

During that time, Didier Drogba was playing his professional football with English Football team Chelsea; a team that helped him win every football accolade at club level. Didier also guided Ivory Coast to finish top of the qualifying group that featured the likes of Egypt and Cameron. Their last qualifying game was against Sudan where the team passionately won.

After the Sudan game that saw Ivory Coast book their world cup slot  in 2006, Drogba had something to say to his people. In his speech, he begged the rebel to lay down their arms – “We promised you that celebrations would unite the people- today we beg you on our knees. The one country in Africa with so many riches must not descend into war. Please lay down your weapons and hold elections.” It was the most moving speech by a football player. After his speech, the player rose with the chants “want to have fun”, so they should stop firing their guns.

A year after, Didier Drogba and his team featured in the world cup for the first time, Drogba announced that their game against Madagascar was to be played at Bouake, a region in the north occupied by the rebels. He, the former Chelsea talisman was from the south. He wanted the match to bridge the rift created by the years of war between the northern people and the south where he hailed from. In a five-goal thriller, he scored the last goal erupting celebrations throughout the country.

When the entire world considered the Northern region of the Ivory Coast and the nation as a hotbed of terror and suffering, the players lead by their captain didn’t see that. Instead, they saw a way to end the suffering brought about by the wars.

His speech video went viral in the country. It was like a national anthem played on every TV station in the country. That showed what a patriotic heart could do. He had it all in him and portrayed that to his people and the entire world.

Though there was another war outbreak two years later, at that point and time, Drogba gave a victim of war a breath of peace and belief of hope. He exploited his football shootings skills and popularity to stop shooting with gun to kill. A living football legend and a true advocate of peace, Didier deserves great recognition for his efforts. If it were not for him, who knows how long, would the war have raged in this rich Western African country.

1. I have won many trophies in my time, but nothing will ever top helping win the battle for peace in my country

2. Coaches can teach you two things: confidence and technique.

3. When I arrived in France, I cried every day. Not because I was in France – I could have been anywhere – but because I was so far, far away from my parents. I missed them so much

4. People have an opinion of Africa and it is not so good, but we have to let sport unite us all

5. When I was young there were a lot of players more talented than me. They had pure talent. But my desire was stronger than their talent

6. People think footballers are all like robots – we can control everything on the pitch. But your heart is beating 200 times a minute; it’s very, very physical.

7. I prefer people to see me as an Ivorian and as a patriot