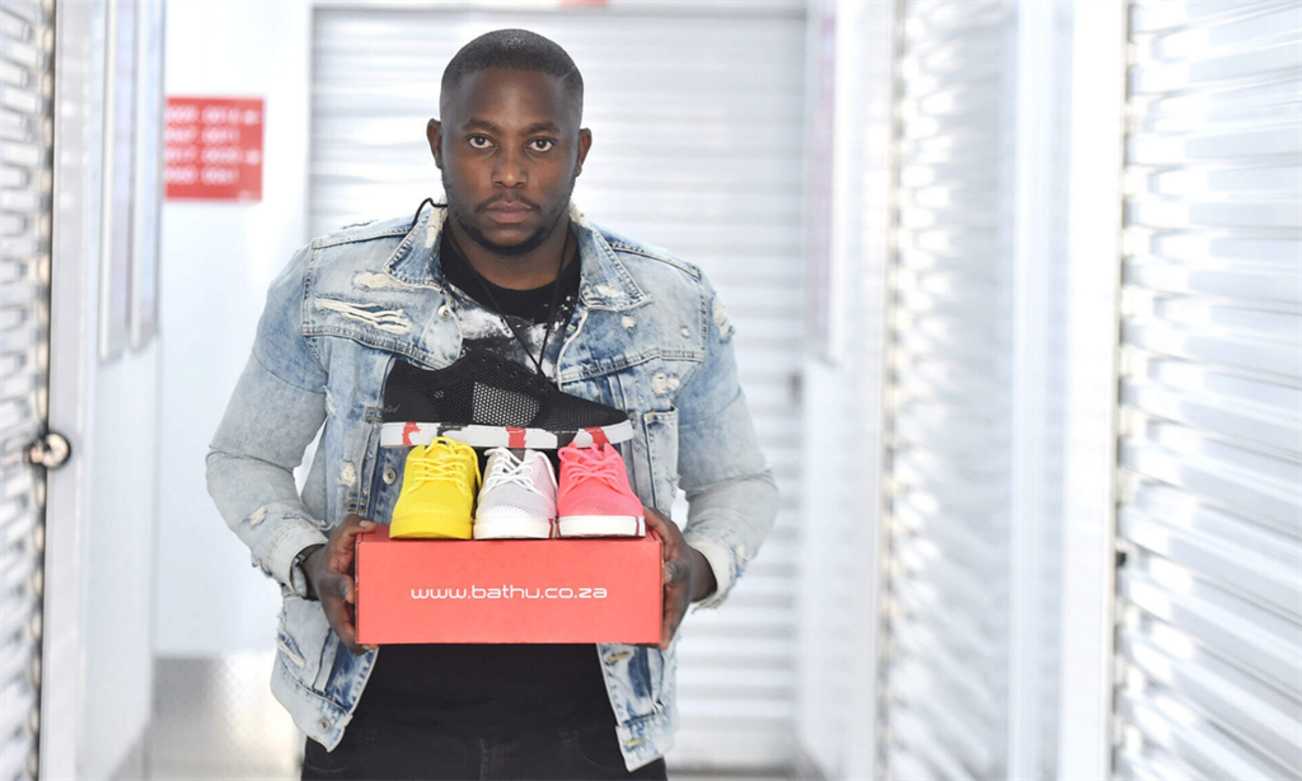 Sometime in 2015, Theo Baloyi, an accountant working with Price Waterhouse Coopers (PWC), was on a trip to Dubai when he saw people at an airport trooping into a particular shop. His curiosity got the better of him and he entered the shop and had a chat with the shop owner, a French man. The chat revealed that the owner was unapologetically selling a French brand. That triggered off a thought in Theo’s mind, “Why not sell an authentic African brand and tell the African story to the world?” The idea of Bathu shoes was born and today it has become a leading African sneaker shoe brand. Theo Baloyi was born and raised in Phake, Hammaskraal, South Africa. He is a down-to-earth and ambitious guy who is always striving to do better than the previous day and is deeply rooted in the ekasi lifestyle.

Theo Baloyi identified the need for an African sneaker shoe brand that Africans can proudly affiliate with. In 2015 with savings accumulated over the 5 year period he spent at PWC, Theo Baloyi launched Bathu Shoes from a tiny room in Alexandra township with the primary objective to tell an untold proudly South African story/narrative to the world through selling uniquely produced shoes.

Bathu is South African township slang for shoes. Before Theo launched the brand, he had to go into research to ensure that he comes up with a high-quality product. He spent 18 months working on the Research & Development, Quality control & Assurance and Proof of concept.

Leaving a lucrative career in finance to start a sneaker business came with uncertainty and the high risk of failure especially due to the peculiarity of the business in the country. Manufacturing footwear in South Africa is not a straightforward process, there were many bottlenecks and constraints. The Bathu idea was rejected 13 times by different factories that Theo pitched to but he persevered till he got a manufacturer who reluctantly accepted to produce the first 100 pairs of Bathu Mesh edition sneakers because the minimum factory requirement was 400 pairs.

The 100 pairs were created and sold to his friends. In year 2016, 400 pairs were sold. On the day of the launch in 2016, the company’s website crashed due to high traffic. Everybody on the internet was talking about the brand, resulting in thousands of order placements.

In 2017 Bathu sealed its first corporate collaboration with an incubation hub in Johannesburg which led to the release of 1000 pairs of the Mesh edition sneakers.

With the increase in demand, the challenge of delivery had to be met, so Bathu bought its first delivery vehicle and opened its first store in Newtown, Jozi in 2018. A second store was opened in the heart of Pretoria, which later relaunched into a bigger space, providing customers with increased capacity and an innovative shopping experience.

The internet played a big role in the marketing drive of Bathu shoes, influencer marketing was adopted as a cost-effective measure. The profits from the sudden spike in sales were reinvested to scale the business. Today, the demand is growing and a minimum of 15000 Bathu shoes are being sold every month.

Bathu Shoes are manufactured locally in Durban, with some of the components imported from Lesotho and East Africa. The long term vision of the company is to have a presence in Europe and South America in order to keep telling its story and be identified globally as a leading African shoe brand.

Award and Accolades of Theo Baloyi