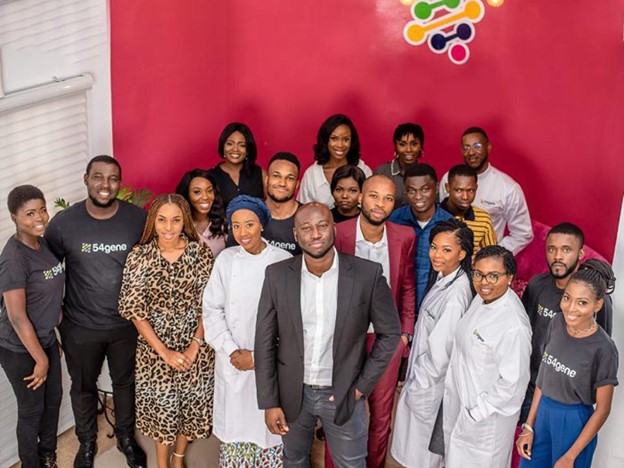 About 60,000 years ago small groups of people left Africa to populate other continents. During the
thousand years of migration, they encountered environmental forces such as hunger, climate and illnesses. In this article, we will explore how African DNA could change the World.

How African DNA Could Change the World

Favored genetic variations allowed some people to live longer and reproduce more successfully. Human genes bear the imprint of these evolutionary forces and since the introduction of human gene mapping over 100 years ago, scientists have used genetics to detect, prevent, and treat diseases such as Alzheimer’s disease, cancer, diabetes, autoimmune disorders, heart disease, and psychiatric illnesses. Now more than ever, unprecedented advances in genomics research are paving way for major changes in the health care and lifestyle sciences sectors.

In the near future, genetic tests that accurately forecast people’s chance of developing common diseases will be readily available in the healthcare industry.

The Perils of Excluding African Genes

The new developments in genetic mapping and manipulation in the 21st century hold the promise of changing medical treatments forever. However, the apparent exclusion or the scientific disregard of the African genetic material is a major roadblock to completely understanding how our bodies and diseases function.
African DNA are humanity’s oldest and most diverse and that diversity offers us with unimaginable potential from rewriting our evolutionary history to scientific breakthroughs through gene editing. Furthermore, research indicates that African DNA contributes to a disproportionately large number of associations when compared to studies of similar sizes in Europeans. This means that the African DNA offers a huge resource to be tapped for genomic medicine.

Why DO African need to be Included in Genomic Research

As a species, we have spent nearly all our evolutionary history on the African Continent, and studying only genomes that exist outside of Africa limits the possible insight that may be gained from genetic associations. According to Charles Rotimi, the director of the Center for Research on Genomics and Global Health at NIH, Humankind has lived its longest on the African continent and this has huge ramifications in genomic medicine. The forces that existed on the African continent shaped our modern genome including how to survive infectious diseases. Exclusions of Africans in genomic research could not only mean missing the revolutionary drug discoveries but could also lead to personalized medicine being ineffective in Africans.

The potential of African genomics improving healthcare quality is well recognized globally. Discoveries from large-scale African genome studies might lead to the development of new revolutionary medicines that will help Africans as well as people of other descents.

Infectious diseases have been highly prevalent in Africa which has improved our understanding of disease transmission, our ability to fight common diseases, and pathogens’ ability to avoid body defenses.

For instance, studies now show that prenatal genetic diagnoses can be used to predict a child will be born with sickle cell disease, a disease that is prevalent in Africans or people of African descent, which paves the way to prepare treatment and reduce the severity of the disease. Surprisingly, further research shows that one of the genes that cause sickle cell disease offers some natural resistance to malaria.

A genome-wide analysis conducted in 2019 led to the discovery of a previously unreported gene, Zinc Finger RANBP2 which influences susceptibility to type 2 diabetes. This not only provides the opportunity to help Africans with type 2 diabetes but the global population as well.

African DNA has already helped researchers in understanding why some people have a higher risk of having kidney disease, why certain people react negatively to codeine, and who may be most susceptible to infectious diseases.

In addition, limited research on sickle cell anemia, hearing loss, familial cancer syndromes, Huntington disease, and others has shown the value of extra emphasis on studying the African genome due to the peoples’ massive genetic diversity.

Over the past two decades Africa has succeeded in decreasing infectious diseases. Therefore, genomic research would be beneficial for the identification of genetic risk factors and lead to the development of precision medicine and highly effective treatments, especially in outbreaks such as Covid-19.

While African countries haven’t been spared by Covid-19 with 3.8 million cases and more than 100,000 deaths, the death toll is much lower than experts had predicted when the first Covid-19 cases were reported in Egypt on 14th February 2020. African countries have relatively weaker public health strategies compared to their global north counterparts so what’s really going on?

While some scientists believe that the continent’s experience with dealing with serious infectious diseases such as Ebola might have prepared African nations to deal with Covid-19, some scientists think that African genes may be playing a key role.

For example, Africans’ genetic background may be influencing the prevalence of the ACE-2 receptor which is used by viruses to break into human cells. Another explanation would be that Africans’ immune systems have adapted to fight viruses either through high levels of infection or with other kinds of vaccines.

While the jury is still out, one thing is for sure- it’s hard to discern when such African genomic data is scarce.

Even though scientists are only beginning to explore the genetic diversity of the African genome, its importance appears to be growing within the scientific community.

One such scientist making sure that Africa is not getting left behind is Thirty-four-year-old Dr. Abasi Ene-Obong. Dr. Ene-Obong is the founder of 54gene, a Nigerian genomics research company that has been studying African DNA since 2019. The young company aims to build the first and the largest Pan-African Biobank and already has over 300 researchers, geneticists, and clinicians.

Investors such as YCombinator, Fifty Years, Better Ventures, KdT Ventures, Hack VC, and Techammer have seen the massive potential of a company like 54gene in Africa. The company received $4.5 million in seed funding by July 2019, barely 7 months after it started.

The 54gene name represents the 54 African companies. The company hopes to unlock African genomic data that has been overlooked, consequently generating data that can translate into potential drugs or at least identifying markers of potential future diseases down the road.

According to Dr. Abasi EneObong, 54gene will contribute heavily to the industry by providing data on specific phenotypes, interactions between genes and environment, and other topics that may be lacking from existing genomics databases. Ene-Obong was recently honored in the Fortune 40 Under 40 list for his company’s work.

The African Biobank being developed by 54gene’s will make it easier to leverage the extensive diversity offered by the African DNA, especially the number of mutations missing in the European populations. This will aid in discovering and developing life-saving medications for people of all races.

Another key benefit of having an African Biobank is being able to run programs that test drugs and treatments that ensure the African population benefit from optimal medicines. Moreover, 54gene also launched a $500,000 fund to boost Nigeria’s local testing capacity for coronavirus, demonstrating that the company is willing to help with the present challenging issues in Africa.

African Biobanks like 54gene’s hold enormous promise for the discovery and development of revolutionary new medicines, as well as rectifying the immense imbalance in genomic research, given Africa’s tremendous and mostly unexplored genetic pool.

Who will own Africa’s DNA’s?

While medical researchers agree on the value of decoding African DNA, a growing number of researchers are concerned about who will control the data and the whole research agenda in general.

Of course, for Africans, these fears are shaped by the history of colonial powers exploiting and profiting from the natural resources and labor for the continent. Prof. Christian T. Happi, a researcher at  H3Africa (Human Heredity and Health of Africa) is concerned that African genomes are going to be exploited for the good stuff with Africans getting nothing in return.

These concerns are not just abstract. Western firms are already engaging in questionable and unethical practices. For instance, in 2018, a whistleblower filed a complaint against Genome Research Limited for violating ethics and legal agreements by seeking to commercialize DNA samples from indigenous tribes in Africa.

According to Investigative Journalist Emmanuel Freudenthal, blood samples from Ebola patients in West Africa were sent to researchers outside Africa without consent. This also meant the West African researchers were unable to study them.

Moreover, African researchers complain of western researchers who visit African to collect genetic samples and send them back home and at times publishing without giving credit to the scientists who collected the samples in the first place.

Most African scientists are of the opinion that Africans should not be used as subjects for study without African scientists being part of it, and the studies have to be for the collective benefit of the African people. More African countries should also work on improving their data protection regulations like General Data Protection Regulation (GDPR) policy in Europe and Health Insurance Portability and Accountability (HIPAA) laws in the United States.

The narrative that has been communicated to the rest of the world by the scientific and medical genomics communities is misleading and harmful: that the genomes of European descendants are the most important.

It is now apparent that analyzing African DNA is critical for developing new diagnostics and providing for early interventions for at-risk people with specific diseases.

To study the millions of African genomes needed we need more collaboration with African partners such as 54gene, facilitating training of  a better medical research workforce in Africa and developing a proper governmental/social infrastructure in African countries to support more research on African DNA.