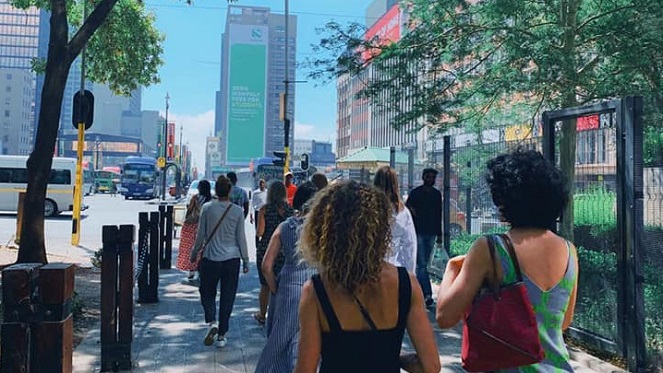 The weather is dry and sunny in the summers. Johannesburg’s temperatures are fairly mild because of the high elevation. The maximum day temperature in January is 25.6 centigrade and the temperature drops in June to 16 centigrade. In winter the climate is sunniest but the nights are very cold.

The temperature at night is usually freezing and cold. Snowfall is rare in Johannesburg city. The climate of Johannesburg is dry but it has over ten million trees and it is now the major man-made forest in the world. Many trees are very old which are planted at the end of the 19th century to provide wood for different industries.
A German immigrant, Hernmann Eckstein, developed these areas and called them the forest estate, Sachenwald. During World War 1, this suburb’s name was changed to Saxonwold. The Northern suburbs are Parkview, Houghton Estate, Hyde Park, Dunkeld, Inanda and Sandhurst.

The city is very modern and wealthy. Johannesburg is the hub of South Africa for commercial, financial, industrial and mining undertakings. The Central Business District covers almost the area of six square kilometres. Skyscrapers dominate the city’s landscape. The skyscraper includes Carlton Center, Marble Towers, Ponte City Apartment, 11 Diagonal Street and Southern life. Johannesburg has some of Africa’s tallest buildings which include, Sentech Tower, Carlton Center and Hillbrow Tower which play host to the offices of many international organizations.

Many of the city’s old buildings have been demolished and in their place, new and modern buildings have been built. Hillbrow is a densely populated residential area of South Africa and is located in the North of the Central Business District. Braamfontein is the second populated area with many offices and houses.
There are many parks and gardens in Johannesburg. The City Parks are a haven for green trees as Johannesburg aims to become the greenest city in the world.