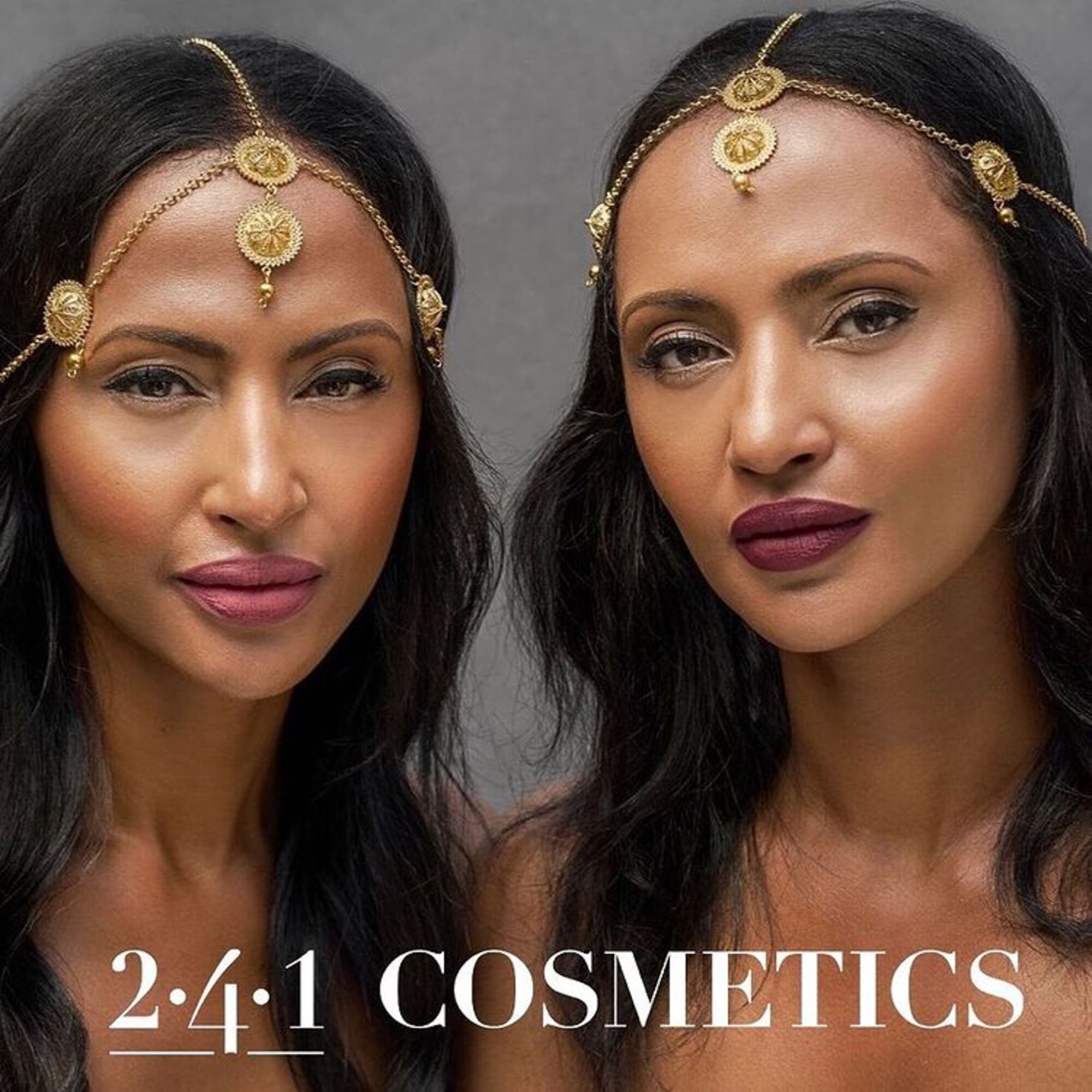 There is a saying which goes thus, what a man can do, a woman can do better. Or rather, in this case, two women can do it best. In this regard, the ‘two women’ are the world’s famous Eritrean twins, Feven and Helena Yohannes.

41-year-old Feven and Helen Yohannes are two African women whose grass-to grace story inspires many women, especially black women today. The Eritrean twins are the founders and CEOs of 2.4.1, a beauty and cosmetic brand they started in 2019. The following year, 2020, they gained more public relevance when their beauty brand found its way to Oprah Winfrey’s Favorite Things List.

From then, people began to do more research about the Eritrean twins to know why their brand was so special to get the attention of Oprah. I am sure you would also be interested in knowing how they got to this point in their career. Not to worry, this piece will provide more insight into their story, how they moved from a refugee camp to founding a beauty brand. Sit tight and enjoy the ride.

The Story of the Eritrean Twins: History

In 1981, the Eritrean twins were born in a refugee camp in Gibra, Sudan, to the Yohannes family, who were at that time, Eritrean refugees. The 1980s civil war between Eritrea and Ethiopia had caused their family to migrate to Sudan at that point. The Eritrean twins explained that their birth was termed ‘a miracle’ by people as it was difficult for women in the refugee camp to have safe deliveries due to the lack of proper medical help. They also added that it was more shocking to other refugees when their mother delivered two healthy babies. At the age of four, the Eritrean twins had to leave the refugee camp with their family in search of a greener pasture in New York, America.

Moving from the Refugee Camp to America

Their family was lucky enough to get selected for a green card lottery sponsored by the Third Presbyterian Church in Rochester. This paved the way for the Yohannes family to move to the United States for political asylum in 1985. Settling in the land of opportunities allowed Feven and Helena Yohannes to explore their passion for makeup.

After over three years of incubation and getting various rejection emails from investors, the Eritrean twins decided to make a bold move to launch their brand in July 2019. TwoFourOne (2.4.1), the beauty and cosmetic brand, had its name smartly coined by Feven and Helena.

The brand name was derived from the phrase people used to describe them when they were much younger; while in the refugee camp, people would tease and compare them to know if they had the same personality by asking, “are you two or are you for one?” Their father would tell them to overlook the comparison, advising that they can both be unique and intelligent without being competitive. Hence, the name Two-for-one. The Eritrean twins explained that they also want women out there to see themselves as special people regardless of the differences the world highlights for them.

One cannot overlook their Eritrean roots’ impact on their career choice. The twins learned to apply makeup by watching their mother and got the idea of 2.4.1’s famous ‘red sea’ lipstick colour from a red lipstick their mother used to apply. Unlike the common misconception about makeup helping women to look beautiful, the Eritrean twins believe that makeup should enhance a woman’s beauty and not conceal it. 2.4.1 brand philosophy is built on this principle.

Before starting 2.4.1, Feven and Helena had long practiced their makeup skills by helping their mother, themselves, high school classmates, and other women around them with their makeup. Their most interesting makeup item is the ‘eyeliner’, a makeup piece that originated in Egypt, a country close to Eritrea.

What Inspired the Eritrean Twins in their Success Story?

Feven and Helena cannot speak about their grass to grace story without emphasizing their parents’ sacrifices and impacts on their growth. Their father was a soldier who took a lot of risks to ensure his family got to a safer location. When they got to the United States, their parents had to take up menial jobs to ensure they provided for their children.

Their father worked as a janitor while their mother worked as a cleaner in the Third Presbyterian Church, Rochester. Their parents did not stop at that; they continued to work to get better jobs to help care for their children. After some years, their father got a master’s degree while their mother became a nurse. Through their parent’s resilience, the Eritrean twins could focus on working hard on their passion.

In 2020, their brand made it to Oprah Winfrey’s Favourite Things List list. They also got the opportunity to talk to Oprahmag.com on Zoom about their brand, family, and their impact on black women.

Feven and Helena are also motivated by their Eritrean roots. Coming from a country located in a region that is widely ignored and overshadowed pushed them harder to make a place for their country. They proudly represent Eritrean and Africa in their brand by using names, colours, and makeup items associated with their region. One of their product collections, Asmara liquid, is named after Asmara, the capital city of Eritrea.

How Feven and Helena are Enhancing Black Women’s Confidence through 2.4.1 Cosmetics

Feven and Helena’s childhood experience in the refugee camp shaped their business ideology. The founders of 2.4.1 believe that it is very important for women to be able to look out for each other at all times.

The Eritrean twins also proudly believe that makeup should not be given to women to conceal their beauty but to enhance it. A woman should be confident in herself with or without makeup on. A quote shared on the 241 websites summarises Feven and Helena’s brand mission to women; “the two are on a quest to instil confidence, kindness, and integrity in women with their beauty brand, as they say, “one eyeliner at a time.”