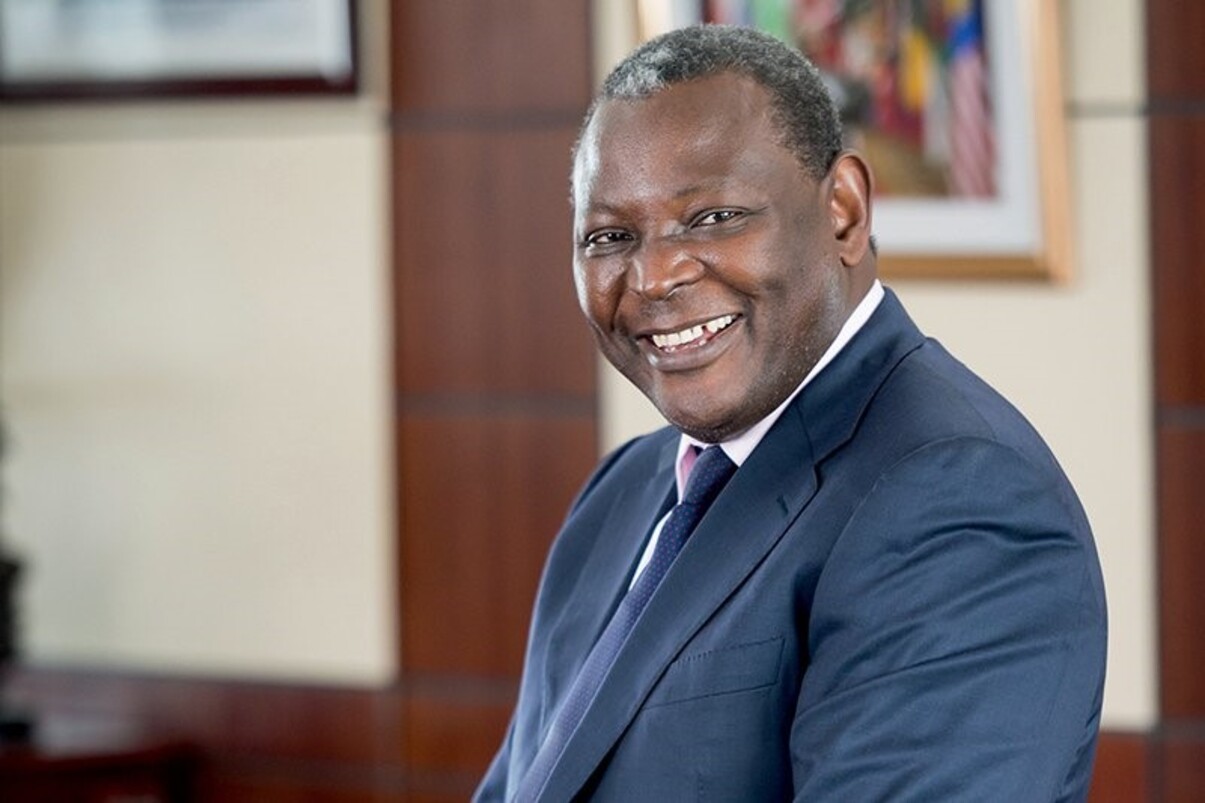 The road to joining the billionaires’ club is not a cakewalk. It is full of highs and lows, and only the strongest entrepreneurs reach the destination. James Mwangi is a goal-oriented entrepreneur, economist, and transformational leader. Here is the story of how James Mwangi fought through tooth and nail to become one of Kenya’s self-made billionaires.

Born in 1962, James Mwangi grew up in Kangema; a rural community in Central Kenya. When his father died during the struggle for independence, Mwangi’s mother became both the provider and caregiver. With seven mouths to feed, Mwangi’s mother worked tirelessly to meet her children’s needs.

The pressure to make ends meet made Mwangi’s mother join the milk vending business. To assist their mother, Mwangi and his siblings began hawking milk. Slowly, he began to develop an interest in the supply chain concept.

Mwangi’s mother secured her children’s future by ensuring they accessed education. In an interview recently, Mwangi recalled how his mother valued education. Although they lived in a society that denied girls education, Mwangi’s mother enrolled all the children in schools.

Mwangi studied in Nyagatugu Primary School. His academic brilliance gained him a government scholarship to study in Kagumo High School. While at the University of Nairobi, Mwangi majored in Commerce and later became a Certified Public Accountant. Today, Mwangi holds several honorary doctorates and occupies leadership positions in national and global organizations.

The Birth of Equity Bank

Mwangi began his career life by serving as an auditor at PricewaterhouseCoopers. After a few months, he joined Ernst and Young Global Limited and worked as an accountant for three years. Mwangi also worked as a banker in Trade Bank.

In 1993, the senior directors of Equity Building Society (EBS) invited Mwangi to join their business. EBS was a mortgage firm whose main clients were low-income earners. Due to a lack of expertise, the firm was making huge losses that threatened its continuity.

Mwangi became the firm’s Finance Director. At that time, EBS had no capital, no resources, and no strategy for redeeming its financial stability. Mwangi stepped in and adopted transformational leadership to restructure the firm. He used two tactics: changing the workers’ mindset and widening the firm’s market. Mwangi also convinced the workers to use at least 25% of their salaries to buy the firm’s shares.

As a marketing strategy, EBS reached out to people in villages who did not know about banking. Mwangi taught the staff to value the customers above anything else. Consequently, EBS rapidly grew over ten years after Mwangi joined the business.

In 2004, the Mwangi transformed EBS into a commercial bank. The bank was named Equity Bank Limited, and Mwangi took over the CEO position. Through his brilliant leadership, Equity Bank has revolutionized Kenya’s banking industry. The bank serves almost half of Kenya’s population. For ten consecutive years, Kenyans have named Equity Bank as their best bank.

Mwangi has shown commitment to charitable activities. In 2010, Equity Bank launched a scholarship program named ‘Wings to Fly’ to sponsor the education of brilliant students from poor backgrounds. The program has funded thousands of students to study locally and globally. During the onset of the COVID-19 pandemic, Mwangi and Equity Foundation donated $10 million to provide health care workers with Personal Protective Equipment.

James Mwangi is living proof that you can choose not to allow your past to define your future. You have the power to turn the tides in our favor. All you have to do is to change your mindset and start making your biggest goals a reality.

2 thoughts on “From a Milk Vendor to a Bank Owner: The Story of Kenya’s Billionaire, James Mwangi”