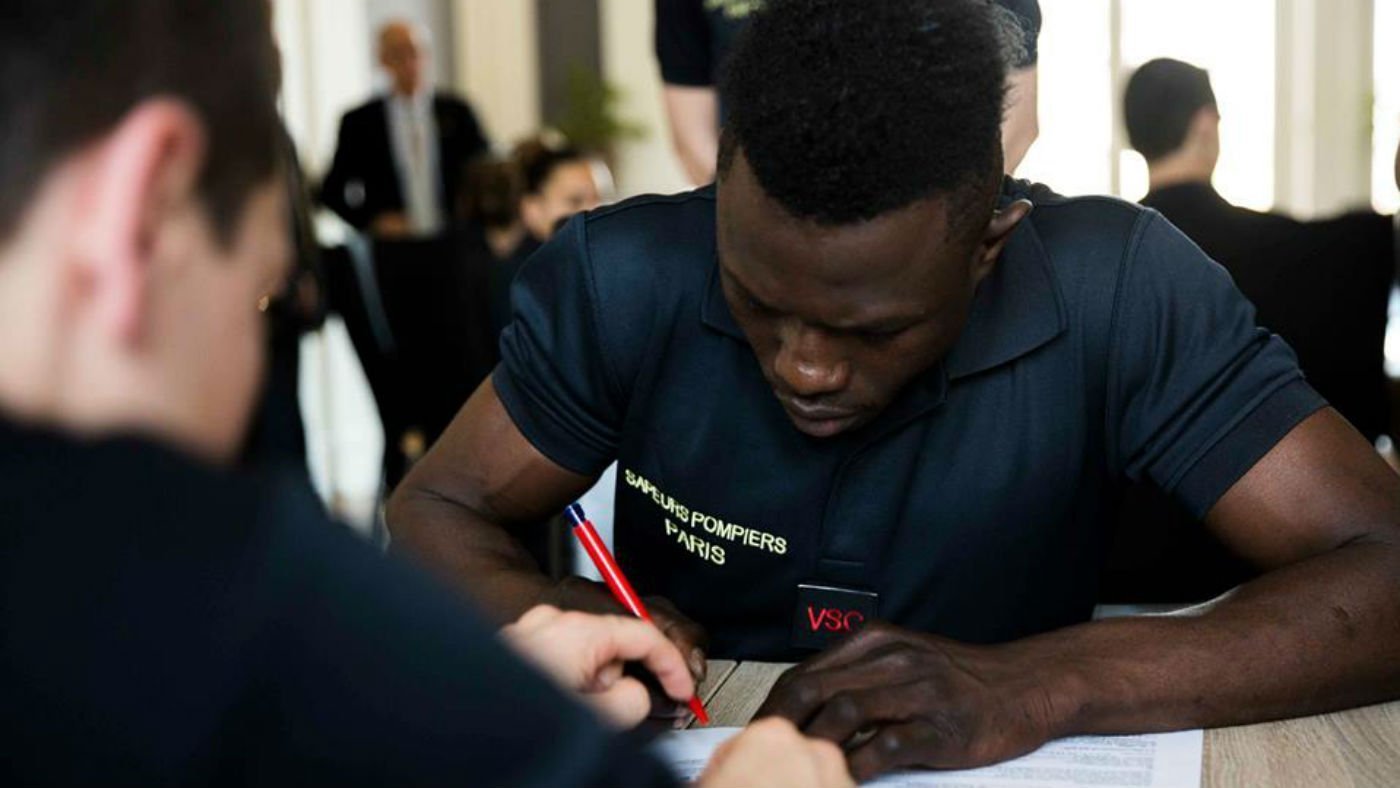 Wait let me tell you about Gassama ‘s Bravery

A long time ago before the white man stepped his foot on Africa, there existed an empire along the western coast of the continent. Its name was called the Songhai empire. Citizens of the empire were a proud and industrious people. The empire had many cities, towns, and villages.
There existed a village called Munga on the outskirts of the empire. Munga was surrounded by thick forests with lots of wild animals living in there, making it difficult to get easy access into the village.
The people of Mungu were farmers. They planted rice, millet, tobacco and tree crops. They lived a simple, communal and peaceful life until one day when in the dead of the night, a mysterious creature emerged from the forest and attacked the village. It killed many men, women, and children.

A great cry arose in the village as day broke. The people wailed for their loved ones. The elders of the village held a meeting and resolved to set up a vigilante to watch over and guard the village at night and if possible kill the creature.
The bravest young men were selected into the vigilante. They were warriors, men who have proved their worth in battle. They were fortified with charms and amulets from the village marabout for protection.

Sekou, Oumar, and Gassama were three friends who were part of the team. They had fought side by side in the Famous battle of the Golden stream

When night descended on the village like an unwelcomed visitor and the villagers retired to their mats and journeyed into the dream world, the viligante began their work. They patrolled the village with their swords and spears.
They beat drums in a rhythmic pattern as they chanted and sang songs of battle. As they moved to the edge of the forest, they saw a terrible sight.

A creature three times the size of an elephant was emerging from the forest. Its face was hideous with bulgy eyes, a square jaw, and two thick horns. It had the snout of a pig. Hair grew all over its body. It had long claws on its arms. The beast opened its mouth and roared, sending chills down the spine of the men.

They shouted in awe and fear. The beast charged towards the men.
The valiant men flung their spears at the beast but the spears bounced off its body.
Some of the men began retreating in fear. In a quick move, the creature seized three of the men and crushed them against the trunk of a baobab tree.

The rest of the men scampered away.
They were no match for the creature.
But Gassama stood his ground and raised his hands in the air. He looked up at the dark sky.
The beast was growling and heading in his direction.

The collision was massive as the spear snapped into two halves, with one half stuck in the right eye of the beast. Gassama lay on the ground having being flung off by the impact of the crash. His left arm was broken.
The beast bellowed and thrashed about in pain. Blood seeped from its eye, leaving a red trail on the body of the creature. The beast banged into trees and kicked wildly. Gassama struggled to get up from the ground but the beast with its left eye charged at him, giving him a vicious kick that sent him rolling into the forest.

Gassama felt the cold hands of death tightening around him. His skin was covered with bruises and dirt. His head threatened to split open from a throbbing headache. He clawed at the ground desperately seeking for a weapon to use against the beast.
The beast pounced on him bellowing with fury, it lifted him and smashed him multiple times on the ground.
Gassama could barely breathe. His ribs were broken, he could see the spirits coming to take him to the other world where dead people go to be at rest, but he had to do something. He had to stop the beast from overriding the village. He was the last hope of his people. He closed his eyes and mumbled some words.

The sun was up in the sky as the men filed slowly with the body into the square. They entered the square surrounded by an array of huts. They dropped the body in the space created by the old men with long beards.
“He was a brave man! He was the bravest man in our village!! He saved us! He gave his life for us!” The head of the old men spoke in a raised voice laden with emotion.

The people broke down in tears as wailing and lamentations flooded the air.
Gassama was buried with full honours in the graveyard reserved for men of great valour.
There are many versions as to what really happened that night but the popular version says Gassama’s hand was guided by the ancestral spirits to a soft spot on the body of the beast where he struck, leading to the instant death of the beast. After then he died.
The legend of the bravery of Gassama lives on in Munga up to this day.