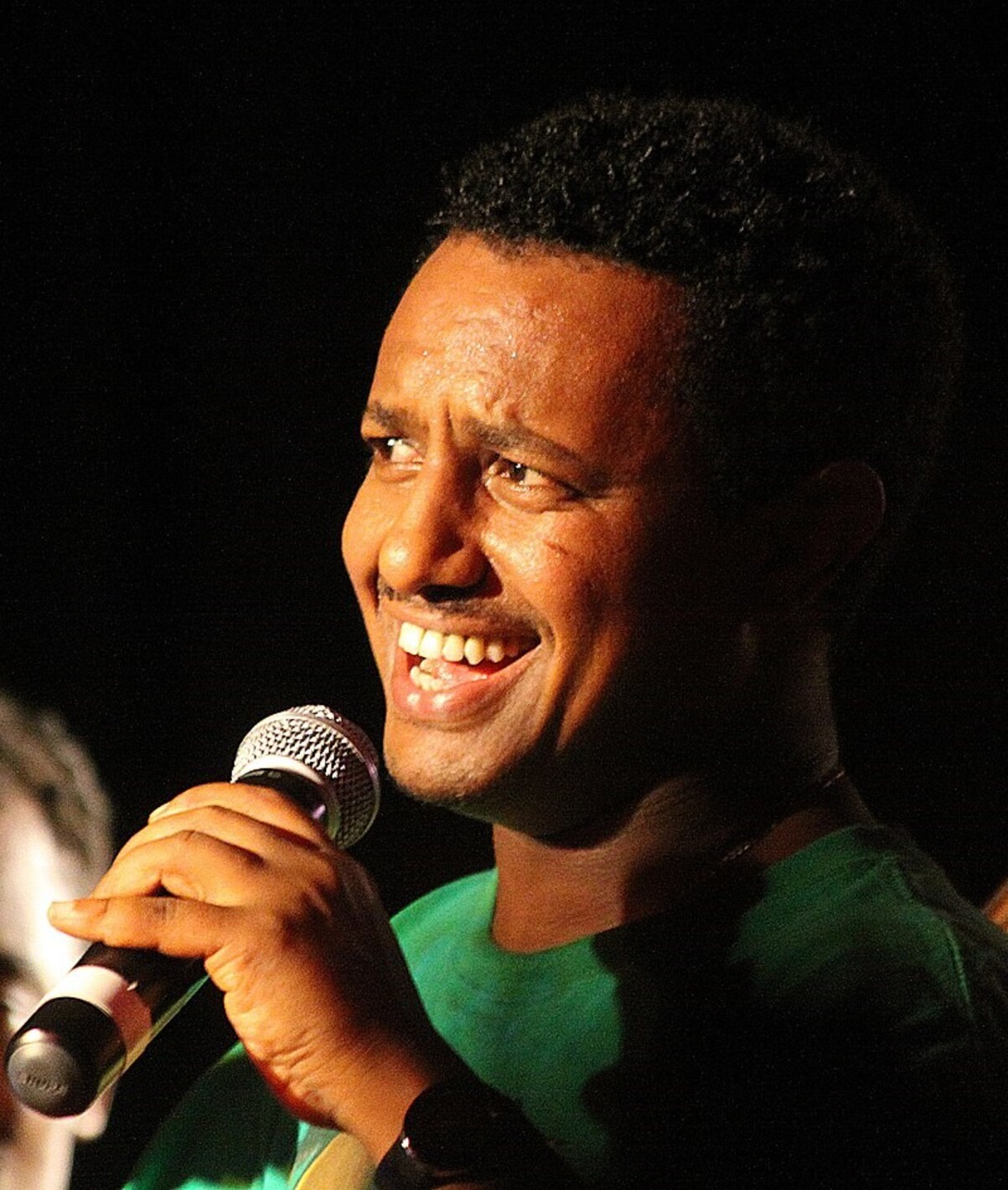 Find me an Ethiopian that doesn’t go ‘gung-ho’ at the first beat of Teddy Afro’s “Ethiopia,” song, and I will find you an African that can’t dance. To many Ethiopian artists, Teddy Afro is the pinnacle to aspire to. To the mass, he is the man who first articulated his love for country, and then went to prison for it.

Tewodros Kassahun: Teddy Afro as he is known by his stage name, was born on July 14, 1976, in Addis Ababa, Ethiopia. A prolific artist, between 2001 and 2002 he dipped his feat in the music industry and released two albums “Abugida,” and “Teddy.” Many professed their loves to each other, got married to, and stirred their guts with nostalgia over his romantic songs.

Teddy’s notoriety however loomed with his third album, “Yasteseryal,” which brought a new side of him to light. Eritrea having been recently divided from Ethiopia in a bloody war, the content of his song “Kab Dahlak,” was essentially an equivalent of Celine Dion’s “My Heart will go on.” Only, instead of Jack and Rose, there were the people of two countries; once friends turned foes. It reminded both country’s people that the unnecessary battle was between the rulers and not them.

While that got a few eyes rolling, it was other tracks like “Semie Lelelew Afe,” and “Yasteseryal” that brutally critiqued the ruling party, being democratic on paper yet tyrannical, and corrupt in reality.

In a democracy that claimed free speech, many songs of Teddy’s from that album got banned from being played in public. With the revolution they incited, playing them painted a target on anyone that defied the rule, and an even bigger one on the artist himself. Teddy was also prohibited from doing any concerts. He lost lots in revenue.

Still, the “Teddy Afro net worth,” became the people he gained. His songs became the anthem surrounding the alleged voting irregularities of the governmental election of the time which resulted in the bloody bath of the 2005 Ethiopian police massacre. There was not an Ethiopian whose patriotic spirits didn’t shoot through the roof to one of Teddy’s songs. He simply became the voice of the people.

In 2006, in a baffling turn of events, Teddy Afro was suddenly accused of manslaughter, claimed to have killed a homeless man in a hit and run. Although he denied committing the crime, he was sentenced to six years in prison. On his journey to prison, he uttered these famous words,

The people who saw the whole scenario for the sham that it was, might as well have been in prison with him. During his time there, an unprecedented flood of visitors and protestors would swarm and destabilize the daily goings of the prison. For most, it became a daily camping trip. His sentence was later reduced. He was released after two years of incarceration.

The scene of his release was more festive than Christmas at the North Pole. As prison would change anyone, most expected him to be stripped-off of will power. But who is Teddy, if not a curveball thrower?

His fourth album, “Tikur Sewe,” released in 2012, became the most widely sold and expensive album in Ethiopia. Most rubbed their last pennies to show their love to the artist who lived by his words. The album was not disappointing either. Far from it.

“Tikur Sewe” was mostly a historical homage to past giants of Ethiopia, told through the mouth of a present giant. With “Menelik,” a song whose concert once famously turned Meskel Square into a massive stomping ground, he thanked the Emperor Menelik Ⅱ and Empress Taytu. He passed on a generational gratitude as they bravely preserved an independent Ethiopia that defied the odds of colonization. With “O Africaye,” he sang of his love for his continent. His Africa.

As if that was not enough, his fifth album, “Ethiopia” would not only go on to break all the records of its predecessor, but it went global. With it, he topped the Billboard World Albums chart.

Among others in the album, with his song, “Mar Eske Tuaf,” he paid tribute to Haddis Alemayehu, a timeless Ethiopian author. Teddy transformed one of the author’s literary works to a heartwarming melody, and later a visual rendition of substance.

His song “Ethiopia,” a namesake of the album itself, went on to unofficially become an alternative to the official Ethiopian national anthem. To this day, no eyes remain dry, no hearts attempt stillness, from the first whoosh of that song. One of its translated verses goes as such —

“Even if I live and die, for my motherland; She is my grace; She is my country.”

Teddy Afro has time and time again, voluntarily lent his voice to 100+ million people who were rendered muffled from speaking for themselves. It wouldn’t be a stretch to say that Ethiopians have had six basic human needs for a while now. Five are ones they share with others. But the sixth is custom to them — The man they fondly call “Teddy.” The man who continues to spread a pandemic of kindness, more contagious than COVID-19, with just two words—