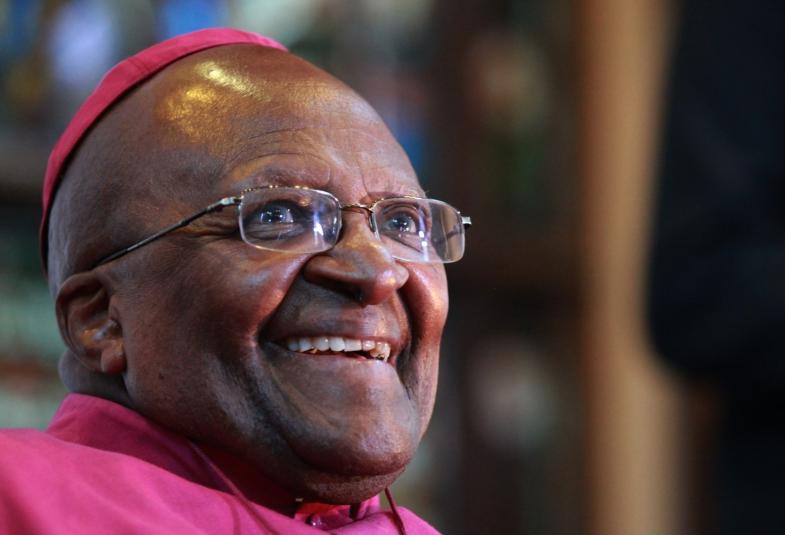 It is commonplace in our present society to find and notice most spiritual or religious people shy away from politics or issues that affect their society so long as it may lead to political anarchy or opposition. But the reverse is the case in Bishop Desmond Tutu, a retired Anglican archbishop, who rose to the peak of his priesthood and most striking as the first black to be so, yet stood strong and high in pursuing the good of his people.

Desmond Tutu was born in 1931, Klerksdorp Transvaal, South Africa. Growing up, from his early childhood he noticed the racial discrimination attached to people of his color, a treatment that was no fault of theirs, and realised the inappropriateness of maltreating people because their skin colour was different from yours. When he was a child, black South Africans were not allowed to vote and society was rigidly segregated; The white, upper class with highbrow areas and infrastructure while the blacks were submerged in the slums. This set his perception of the apartheid regime then and thus, dictated his life path thereafter.

As a teenager he wished to become a medical doctor after suffering from severe tuberculosis but due to slim finance of his family to sponsor his medical career, he opted to study to become a teacher. After which, he returned back to his alma mata, Johannesburg Bantu High School, where he taught for about three years. As a teacher, he encouraged his students to be the best they could be despite the limited resources available for them to be educated. But when the government passed the Bantu Education Act in 1953, the law lowered the standards of education for black South Africans and greatly limited their chances of receiving good quality education. This got him increasingly frustrated at the Act which explicitly promoted inequality. Unwilling to be a part of the corrupt education system anymore, he resigned from his teaching job in 1957, and went to study theology, being ordained a priest in 1960.

He became a prominent spokesperson for the rights of blacks as an Anti- Apartheid activist and In 1975, Desmond Tutu was appointed Dean of St Mary Cathedral in Johannesburg, being the first black to hold this position. He realised he had been given a platform that had never been offered to a black before, and resolved to use the position given to him to fight against the injustice meted out to blacks in his country.

In 1976, He was appointed Bishop of Lesotho, raising his international profile, he wrote a letter to South African Minister, warning that a failure to quickly redress racial inequality could have dire consequences. The latter was ignored. In 1978, he wa selected as General Secretary of South Africa Council of Churches, again the first black in that position, he used his elevated position to advocate for an end to apartheid. In 1983, He played a pivotal role in the formation of the National Forum Committee to fight the constitutional changes, the constitution being proposed for South Africans to defend against the growing Anti- apartheid movement.

He soon garnered international fame for his works and was honoured with the 1984 Nobel price for peace. Following his Nobel Peace Price in 1984, South African’s Anti- apartheid movement gained international support and Tutu was elevated to the status of a much respected world leader. Becoming the first Arch Bishop of Capetown in 1985.

He was an outspoken activist and wrote extensively against Apartheid, often comparing Apartheid to Nazism, thereby incurring the wrath of the government which revoked his passport twice. His activeness in protest marches led to his arrest and Imprisonment in 1980. Despite his staunch disapproval of apartheid, he advocated against violent protests.

In 1993, South African apartheid finally ended, due to no small effort put in by Tutu’s relentless campaigning and able leadership. The nation first black president Nelson Mandela was elected in 1994, and Tutu was given the honour of introducing the new president of the citizens, declaring their freedom, this freedom he had always been a spokesperson for, all his life. What a glorious moment for him. Indeed a dream come true.

Thereafter, President Mandela appointed him to lead the Truth and Reconciliation commission, a group designed to repair the damage done during the apartheid. Post his retirement in 1996, he worked as a global activist on issues partaining democracy, freedom and human rights.

He is married to Nomalizo Leach, and they have four children, being happily married for six decades now. One of his favorite quotes goes thus;
“Do your little bit of good where you are, its those little bits of good put together that overwhelms the world.”
He has received several Awards and honours both locally, nationally and internationally. Forever reckoned as a voice to Peace, Equality and Justice.

Dear Africans, the fact that you are a Reverend, Imam or high priest in your religious place of worship should not prevent your voice from being heard about the social ills in Africa. Your voice counts and the actions to be taken thereafter eagerly needed. Let’s be the Desmond Tutu of our villages, communities, states, countries and Africa at large. The world will be forever grateful and  glad we were ever born Africans.