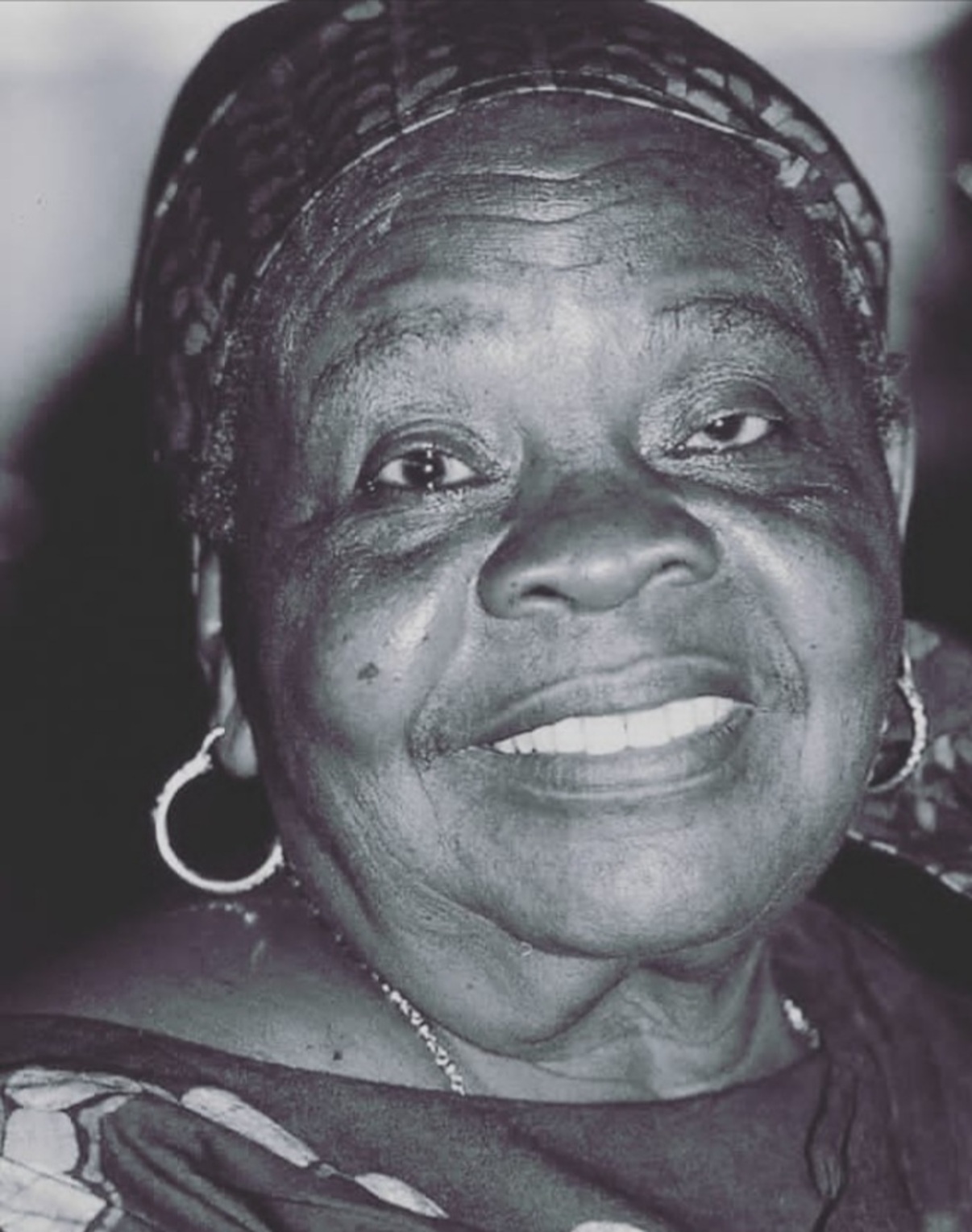 “Tiny legs trying to catch up with the pace of my mother as she guided me by hand to the Mnazi mmoja bus stop, zig-zagging between hundreds of people walking so fast on the sidewalk. My 6 years old curious eyes shifted abruptly from counting the number of legs that I was seeing to a bright yellow sign with bold black letters that said, BIBI TITI ROAD.”

“Mama who is Bibi Titi? Why does she have a road?”

I was met with silence from her because my voice was lost in all the sounds around me. So I waited until we were safely in a bus and asked the question again and my mother simply said that Bibi Titi was a famous person back in the days. I was okay with that answer for twelve more years until I came across the same old road sign and this time I decided to dig deeper.

Who Was Bibi Titi?

Born in Dar es Salaam in 1926 in a strict Muslim family, Bibi Titi Mohamed did not go to school until she was 9 years old. Her father believed that a child should only get Islamic education so his death paved way for Bibi Titi’s entry into formal education. She did not stay in school for long and when she reached 14 years old, she got married to a man old enough to be her father. She had a daughter and then went on to divorce her husband. She later re-married.

Bibi Titi And The Spotlight.

Blessed with a charming personality and a bold spirit, Bibi Titi Mohamed first rose into fame thanks to her beautiful voice. She used to sing during the Maulid celebrations as a lead singer in a dance group. Many loved her performances and she caught the eyes of many influential people.

In 1950 Bibi Titi Mohamed official dipped her toes in politics. Nationalist movements were in full blast in Tanganyika and Bibi Titi was very vocal on the importance of getting independence. In 1954,TANU a political party under the late Mwalimu Nyerere was formed and Bibi Titi was considered a great addition due to her popularity, energy and motivating personality. In 1955 she became the leader of the women wing in TANU and her job was to sell the party’s ideology to the women all over Tanganyika. At that time many men did not want to involve themselves in politics for fear of losing their jobs, so Bibi Titi focused on getting more female members into TANU who would then go on to motivate their brothers, fathers and husbands to join. She succeeded in convincing about 5,000 women to join in a very short time.

“I talked to Mama Swaleh Kubunju, leader of the ‘Tongakusema’, and she called together all of the ‘Tongakusema’ women. I met them at Livingstone Street at the corner of Kariokoo Street where Mama Kibunju stayed. She said, ‘Titi is calling you, and I have called you for the sake of Titi. Here she is, and she will tell you what she wants’….Then I went to Mama bint Makabuli, the leader of ‘Rumba’. She lives in Narumg’ombe Street near Lumumba Street. She is still alive, but very old. She called the ‘warumba’. And that’s how I went to ‘British Empire’ and to ‘Ratu Sudan’, and to the ‘Sahina’ group—I went to all these groups.”[3] (from a 1984 interview with Susan Geiger 1987:16-17).[4]

Bibi Titi accompanied Mwalimu Nyerere to every region he went to for the purpose of spreading TANU’s ideologies. She was the stage warmer, Bibi Titi and her dance groups performed songs that she had composed about TANU and the fight for independence. After the performance, she would talk to the men and women who came to hear Mwalimu Nyerere speak and soften their hearts and fueled them with passion for freedom before Mwalimu Nyerere came on stage to deliver his speech.

Tanganyika got independence and Bibi Titi stayed by Nyerere’s side. She was appointed to be the Junior Minister for community development and she still kept her seat as TANU’s women wing leader. She was vocal on her thoughts for rural development, employment, provision of healthcare and equal access to education especially for women. She promoted and spoke about gender equality and the importance of teaching girls to go for their dreams.

In the 1965 general elections, she lost her parliament seat and thus losing her position as a Minister. She continued to be active in her party but in 1967 she got in a disagreement with Mwalimu Nyerere’s socialist ideologies after it was declared that leaders were barred from owning any rentable properties. Bibi Titi relied on her properties to survive and this was a hit on her finances. She then went on to resign from her political party and many thought this was the end for her but she was never one to go quitely, she fought back and in 1970 she was charged with treason. Allegedly Bibi Titi and her friends were planning to overthrow the government when Mwalimu Nyerere was abroad. She was sentenced for life in prison but in 1972 she was released on a presidential pardon.

After being released from prison she decided to keep a low profile and from then onwards she was erased from official documents and from the mouths of those who knew of her contribution to the struggle for independence in Tanzania. Her friends disappeared and her husband abandoned her. The history of independence was taught in schools but her name was never mentioned. In 1980’s thanks to the rise of feminism in Tanzania her name re-emerged and her story was uncovered to prove that there were women who participated fully in the struggle for independence and their contributions were diminished.

In her final years, Bibi Titi went to live in South Africa until her death in 2000.

2. The need to come together and pursue a common cause for our freedom is now, we must rise for the sake of Tanzania.