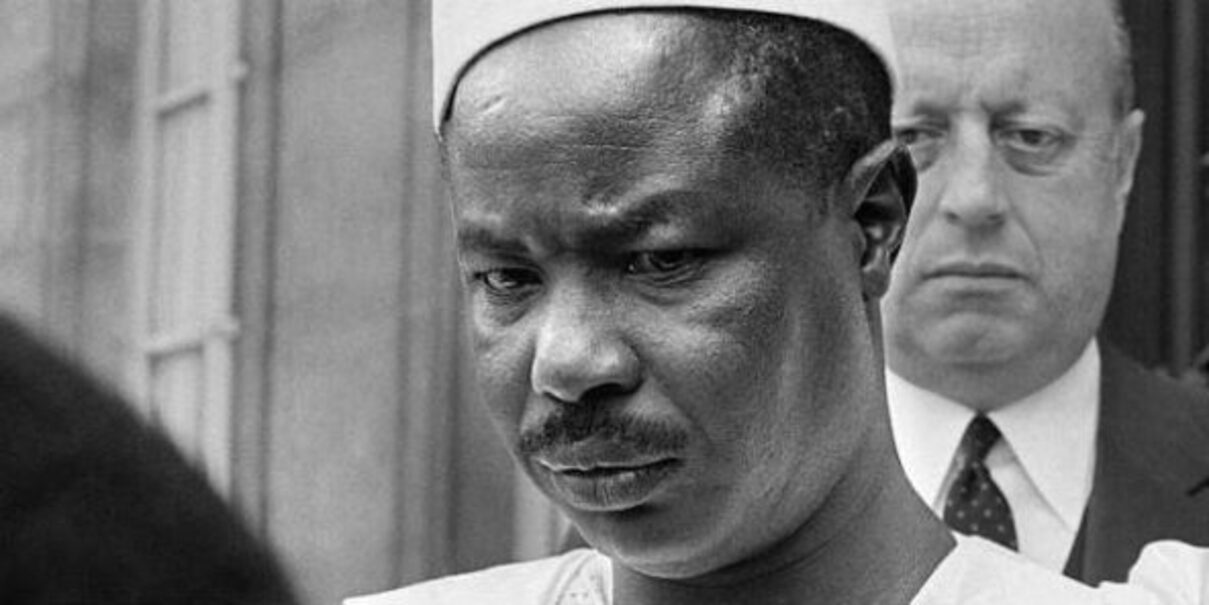 I first read Ahmadou Ahijo Speech on Cameroon Independence on Nov. 6, 1982, when he resigned from office. Then along with my lecturer and some few other people, we were collating data on the struggle for independence in some Africa Countries.

We had a little argument on our way out of the University of Douala about his leadership style, some people in the team believed that he was an authoritarian, while others were indifference. But in the heat of the argument, my lecturer pull out his independence day speech and four other speeches and gave us an assignment; the task was simple, read and decide if you can define his leadership style from this.

Can a man be judged by his speech?

Yes, absolutely, we can judge people from their speech. Ahmadou Ahijo speech was an eye opener, I have so much to tell you about him, and courtesy of Motivation Africa, I will be sharing some of them here from July.

On behalf of the Cameroonian Government and myself, permit me to welcome and express to you the gratitude of the Cameroonian people who acclaim your presence here today. It is a great privilege to me to be their mouthpiece at the moment when our country is witnessing the greatest day of its history.

From all the corners of the world you have answered our invitations, and you have come to bear testimony to the friendship of people who are rejoicing to see a new state enter into the concert of Free Nations. Say to your countries that Cameroonians note with the most profound gratitude, the sympathy which is thus shown them. Say to them that Cameroon wishes to collaborate with all without reserve and without exclusion in solid ties of friendship and of confidence.

CAMEROONIANS, the Cameroons is free and independent. These words should cause to vibrate in each one of us an emotion which we do not dissimulate, since it is natural, since it touches on the most profound and the most pure aspirations of everybody who go by the name of Man.

Cameroonians, my brothers, this day so much desired, we must experience today with great fervour. Its significance must overflow our hearts, and our joy, to be complete, must also be filled with the anxieties which we have experienced and the hopes which we have nourished. After a long ascension we are making a halt and looking back on the course already run.

We rejoice, but we also measure the distance which remains to be covered and for which we are assembling our forces. Altogether, with our mind directed towards the great aim which we attain today, we have broken through all obstacles, we have by-passed all snares, but we know that our effort is not yet ended.

Beginning from the distant epoch when our tribes free but divided contended in war, a Nation was forged that divested itself from the marquetry of race, religion, creed, or custom. As everywhere else in the world where in the course of the centuries nations have been created, the people of this country had only few things in common originally. Links were, however, built little by little and then became strengthened resulting in the formation of a national sentiment which we now profoundly feel.

The shock of the Second World War, by bringing nearer together the different peoples that fought for the same cause, hastened a movement that had already been deeply rooted. The great thirst for liberty, the need to take over responsibility, which invaded all men who loved justice resounded in the Cameroons and found there a tremendous echo. Each one of us knows that this profound wish following its course freely would one day find its recompense and its fulfillment.

We were not mistaken. We owe much to the United Nations and to the Trustee Power, France, for having helped us construct our nation outside hate and force. Let them be thanked for this. We do not believe, in effect like some people, belated in an obsolete romantism, that mortal fights are necessary for historical movements, and that nations must be created in blood.

A state that is just born has nothing to waste, neither its human nor its material resources. Wailings that the Cameroons may be founded on peace, with the accord and the support of all, can be seen on the visage of the world that is looking into the past full with nefarious instances, our on-lookers are, however, already distinguishing the outline of a community universally peaceful, and united and open to all.

Those who have separated themselves from us, and who have tried to conquer alone the objectives which come to an entire people have done nothing but impede the march of their brothers. Let them recognize their error and rejoin us. We shall forget their defections and history shall retain only the common action of a people in love with dignity, justice, and liberty. We wish that tomorrow our ranks be closer than yesterday, for the work that is remaining to accomplish shall necessitate the mobilization of all our energies. No child of this country would be able to disentangle himself from the task that is reserved for him without betraying the fatherland which we are celebrating today.

Independence, as liberty, is something which may defeat its own ends and which may do so each day, and nobody is too much to defend it, fortify it, preserve it with all its force and with all its spirit. We all know that there is no dignity for those who wait for all the others, we know that this independence which we have just obtained would be nothing but a snare if we do not ensure it in the realities of daily life. We are determined to give it an existence which shall not be a mere façade. We shall be judged by our acts. The world is waiting on us that we furnish her with proof of our seriousness, of our capacity to direct our own affairs ourselves. We shall give it to her, for we wish it to everybody.

The United Nations, in the midst of which we shall soon take our place, as well as France whose friendship comforts us each day, shall be for us the natural guides in our first steps. We know that we shall have need for their aid, we are sure that she shall not ask the price of us, and that she shall genuinely seek to consolidate our independence and our liberty. We wish on this solemn day, to bear to them the testimony of our gratitude and to render to them friendly homage of a people that is conscious of what it owes towards them.

Yesterday we were their pupil, today we are their partners. The ties of friendship which unite us now shall be even more solid in the future as in the past. The great family of independent nations welcomes us on this solemn day. Our place awaits us, it remains for us to take it in order to prove to all who have shown us friendship, that our acts shall conform with the measure of confidence they place on us.

Cameroonians of the towns, of the villages and of the countryside, our hearts beat today in one same rhythm, our national flag flies everywhere in the winds before your joy. We have risen through the exalting breath of a grand beginning. We shall know in enthusiasm to build a Nation of which our children shall be proud and which shall hold its place in the world under the triple symbol of our national motto: Peace –Labour-Fatherland