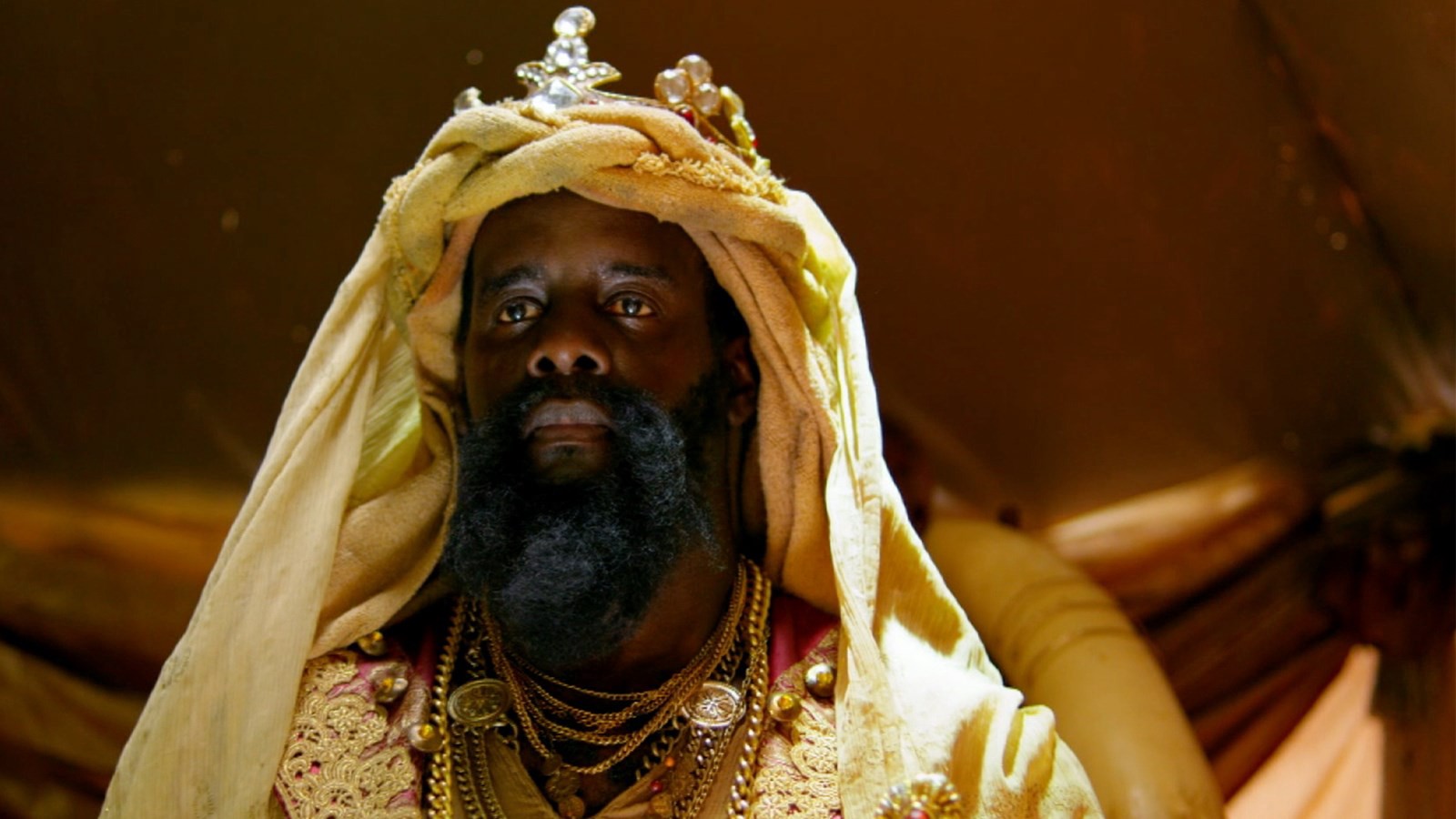 Let me share our experience during our visit to Mansa Musa.

Our ship berthed at the Port of Bamako after a long journey that had taken us from the River Nile in Egypt to the sands of Sudan down to Dar es Salaam and passing through Mauritania. I can still recall with the scare we had five nights ago when the river tide rose against us and we had to disembark into small rafts. We feared for our lives as we knew that the hostile tribe of the Matigas lived close to the edge of the river. We saw a couple of their soldiers in warrior gear, armed with long spears and arrows. The night was illuminated with fires from burning wood held by the warriors. We were terrified that we could be captured and held as slaves and our property looted.

I despaired for Gemina whose fair countenance and beautiful body would earn her a place as a sex slave or one of the innumerable wives of the head of the violent tribe. When we rowed past them without any incidence, my captain Hameed and his men bowed on their faces and prayed to Allah, thanking him for keeping us safe and guiding us through the treacherous waters.

I sat in my enclosure, drinking rum and studying the maps on my laps. I was certain that I had come to the part of West Africa where the richest man in the world resides. I was finally going to meet Mansa Musa, the emperor of the Malian empire.

I, Don Smith, the consummate explorer and historian had wanted to meet this great man. His pilgrimage to Mecca had caused a stir in the world. The 4,000-mile journey was remarkable. His procession had included 60,000 men, 12,000 slaves who carried bags of gold bars, aides dressed in expensive silk robes holding golden staffs in their hands and 80 camels carrying heavy bags of gold dust. Mansa Musa gave gold to everyone he met along the way and built a new mosque every Friday. So great was his generosity that the price of gold fell and gold lost its value in Cairo, Medina and Mecca.

I was in awe of this man who re-staffed the university of Timbuktu with jurists, astronomers and mathematics, making the institution the centre of learning and culture, drawing Muslim scholars from around Africa and the Middle east to Timbuktu. I couldn’t wait to meet this man who ruled over Mauritania, Senegal, Gambia, Guinea, Burkina Faso, Mali, Niger, Nigeria, and Chad.

It was the eve of my meeting with the emperor. I had been able to send emissaries to intimate him of the desire of a white man who wants to pay homage to the king. The gifts I had bought at Cairo’s central market were intact. I had been perplexed on what to give to the man. What can you offer to the richest man in the world? My humble collection of vintage French wine, gunpowder, tobacco, picture books of London, coffee bags and antique coins seemed to be undeserving, but I just had to offer something.

I wasn’t going alone to see him alone. I was going with fifteen of my men, including Oumar our translator. Oumar speaks Arabic, a spattering of English and the local Mandinka language fluently. I choose him as my translator because he is a very confident man who knows how to wiggle out of any situation. Aside from the little incidence we had in Namibia, Oumar is very loyal and efficient. Gemina was also going with me. Gemina is my wife. I met her during my exploration in Tanzania and fell in love with her. We got married and she has proven to be a very dutiful and respectful wife. Gemina speaks English and Mandinka too but is not as fluent as Oumar.

On the D-day, as early as 7 am, several men on horseback stormed our small camp. They had come to take me to meet with the emperor whom they said was curious to know what the white man was looking for in his kingdom.

We hastily loaded our packages on the horses and followed the soldiers who flanked us on all sides.

As the horses raced through the streets of the city, I saw the beautiful houses, I saw the people going about their duties, I saw the commercial activities and shook my head in awe. Here was a kingdom in Africa that could rival the British kingdom in all aspects of culture, law and order. But over there, all they could think of Africa was a dark continent populated by lawless savages!

The palace of Mansa Musa is phenomenal. Words fail me to describe the sheer magnificence, brilliance and the lustre of everything we saw. The palace walls are made up of gold. The sand on the ground is gold dust. The different categories of people in the palace were dressed in colourful robes and sandals. We were led to a hall and told to wait for the king to send for us. He was praying in the mosque at the time of our arrival.

We were entertained with food and wine, while some performers sang and danced for us. I couldn’t eat much as I was anxious to see the king.

“His Royal majesty directs you all to come in now!” The summon was interpreted to me by Oumar.

We were ushered into the royal court of Mansa Musa.

This was the biggest court I had seen all through my years of sojourn in Africa. We stood before him and prostrated.

He sat on his throne decked in a long flowing traditional dress with a turban on his head and a golden crown on top. He was surrounded by his courtiers and palace guards.  His dressing was simple as I had expected to see him decked in a robe of gold. His facial features gave him a much younger look than I expected. A dark-complexioned handsome man with a round-shaped face, a broad nose, a long moustache, stiff lips and sharp chin. From his sitting posture, I could see that he was a tall man.

He beckoned to us with his sceptre and we stood up.

I began addressing him while Umar translated.

“You are welcome to my palace and my kingdom. What do you want from us, o ye white man?”

“Thank you, your majesty. I am Don Smith, an explorer. I bring you greetings from his royal majesty, Edward II the king who sits on the throne of England. I have heard of your fame and your exploits and I decided to visit you and see things for myself. Please, your Majesty, accept this small token of goodwill from me”

Gemina handed the gift package to me and I bowed and laid it before the king. He smiled, revealing a set of white teeth.

“Thank you, white man. May Allah reward your generosity”

He asked us to sit down on the colourful mats placed before us and started discussing with me. Mansa Musa is a very knowledgeable man. We spoke on various topics. I was thrilled by his understanding of mathematics, literature, biology and other issues.

“Your majesty, how do you feel being the richest man in the world?”

“I am not a rich man. I am just a servant of Allah and I have been blessed by him. All the riches in this kingdom belong to my people, and as long as we keep doing the will of Allah, he will continue rewarding our efforts. You need to visit Timbuktu. We have the largest library in the world there. A scholar like you would be interested in the thousands of manuscripts”

I was intrigued. This was a very powerful yet humble man who believed in his religion and loved his people.

The king promised to show me around the university the next day. He asked me to write about it in my journal.

He shook my hands at the end of our discussion. It was time for us to go. Our horses were laden with bags filled with gold bars! We prostrated and thanked his royal majesty for his benevolence.

We slowly made our way out of the enormous palace. I was thrilled and fulfilled that I had finally met and spoken with the legendary Mansa Musa.