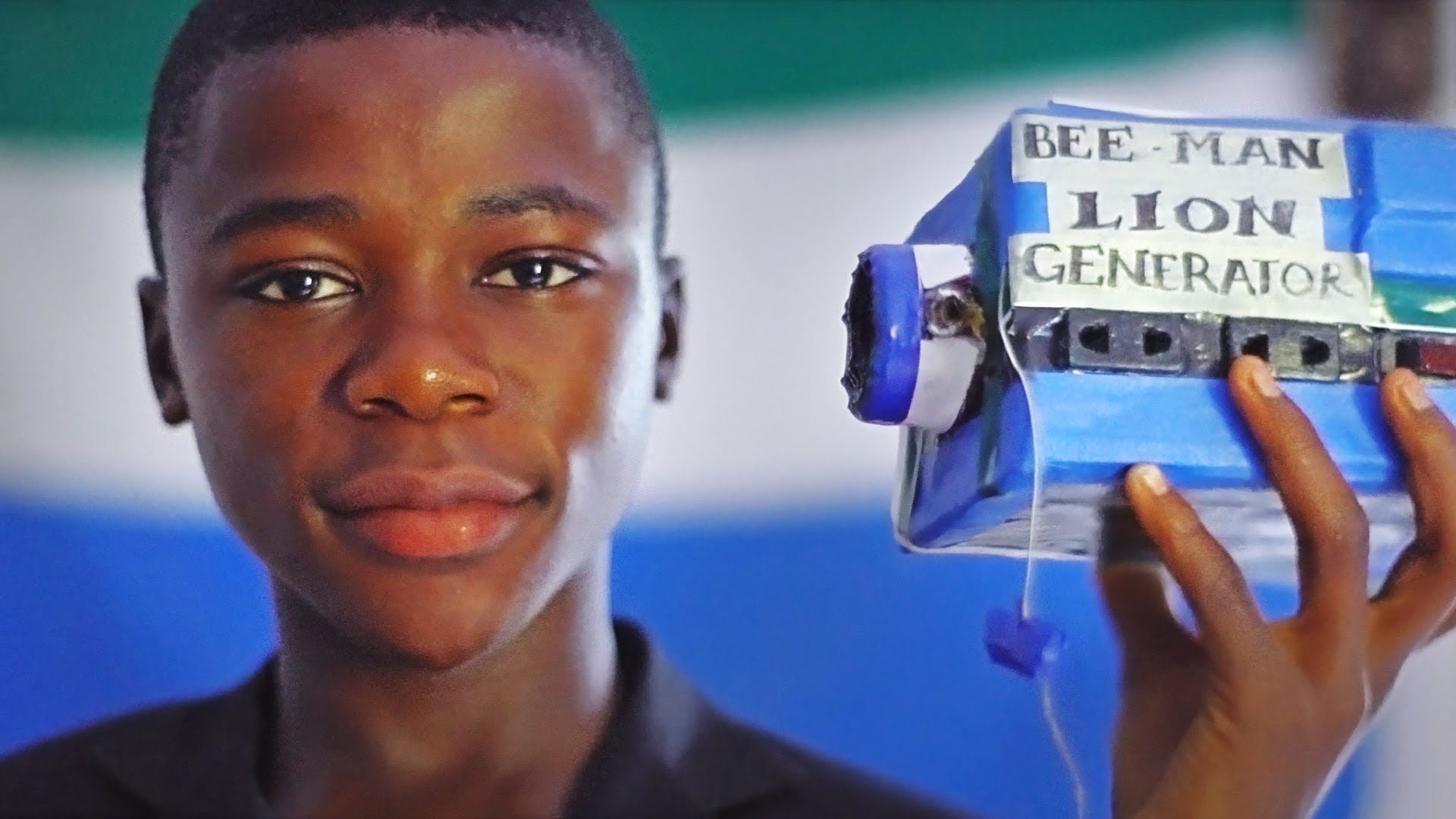 Its about time many of us have a shift in mindset from a consumer continent, third world and underdeveloped to who we really are.

Africans are inventors too and interestingly, there a bunch of young, energetic African inventors that make up a high percentage of this group. Here is a run down of a few:

Do we have Africans from Morocco reading this? I hope so. Abdellah Chakroun is the youngest and most symbolic inventor in Moroco, aged 29, his first innovation began at age 18, and by age 25 he made about 35 different inventions and has obtained patent for at  least two of his inventions.

Chakroun’s inventions varies from private mechanics of vehicles, military inventions and medical inventions. His highest credence is in the military field, where he has successfully invented some sophisticated technological weapons such as Square Rotor Rotary Engine which can increase power and speed, (compared to the engines available in the market) and also reduces fuel consumption.

As a very resourceful, young and most sought after African inventor, Chakroun has received offers worth millions of Euros but turned them down, remaining true to using his inventions to develop his country. Talk about patriotism, Moroccans are sure proud of him.

All the way from Malawi is another young African inventor doing Malawi proud, William Kamkwamba. Presently 31 years old, Willia began his innovative inventions at the early age of 14, where he built an electricity producing windmill from spare parts and scrap parts after he dropped out of school due to poverty. His windmill not only provides electricity but also provides water for his rural home in Malawi. Since then, he has built a solar-powered water pump that supplies the first drinking water in his village and two other windmills.

His invention has since gained international attention and applause, His story was chronicled in a 2013 award winning  documentary, “William and the windmill”. William has also released his autobiography- ” The boy who harassed the wind”, which is selected as a required book for incoming students at Auburn University.

The beautiful black nation of Cameroon are not left out in the list of young African inventors, Arthur Zang has carefully carved a niche for himself there.

Imagine having a computer tablet and being able to use it to conduct a test for heart disease. That is the phenomenal invention of Arthur. He invented the Cardiopad at age 24. His invention is the first handheld medical computer tablet developed in Africa.

The Cardiopad is a 25cm touch screen medical tablet that enables health workers perform cardiac test such as electrocardiogram (ECG), to help diagnose people with heart disease especially at far away remote rural areas and beyond, the report are then sent to doctors through the internet for interpretation.

The Cardiopad has been validated by the Cameroonian scientific community as being effective and has undergone trials in a number of medical hospitals in Cameroon. No doubt, Zang’s Cardiopad is one invention that will help improve the health sector of his country, Africa and beyond. We are proud of you Arthur Zang.

In a continent, where we are faced with several challenges, it is always impressive when we use those problems as a means of seeking innovative solutions in order to make our community better. Evan Wandogo, a young African inventor born in the western part of Kenya, grew up in a village without electricity and grew up walking long distance to buy kerosene for “Koroboi” a common kerosene lamp in Kenya, which was bad for the eyes due to the smoke from the lamp.

Unhappy the situation, Wandogo tried his hands on a dorm experiment involving timing of LED (Light emitting diode) Christmas lights, to create an environmentally friendly source of light for his community, MwangaBora (meaning Good light), the light is made from 50% recycled materials, and is now widely distributed in Kenya and Malawi. Evans is sure helping to light up his country and Africa.

The Democratic Republic of Congo has a stake as well the African inventors hall of fame. 32 years old Verone Mantou who is the founder of VMK invented Way-C tablets, Africa’s answer to IPad. He is also the creator of the first African made mobile phone, Elikia (Hope). This invention has provided affordable smart devices to his country and African, more still, also increased internet access in the country.

Verone hopes to compete with multinational American and Asian tech companies like Samsung and Apple. He also hopes to train young African entrepreneurs and make his product affordable to Africans. So please dear Africans, let’s support our own, we too can boast of our own version of Elikia’s IPhone 10 or even better. Elikia means Hope -remember.

Young  Thato Kgalhanye  from South Africa also created an invention that could do Africa and the globe so much good. The 25 years old beautiful young lady, created the Re-purpose Schoolbags. Wait, not your regular school bag. Its an innovation made from recycled plastic bags. A means of harnessing waste and making something substantial and valuable from it, thus preserving the environment.

Thato’s school bags also integrate solar technology so that children may study for up to 12 hours. The retro-reflective material of the school bag also makes the children more visible and safe on their walk to school after dark. Africa’s young women are sure not left out in the list of innovative African inventors.

In a world where self-development and education is taking the lead, Our own Ghanian inventor  Asidu Abudu makes us proud. A self-taught engineer and inventor, he has made at leasat 26 different inventions since he discovered his passion for invention in sixth grade (primary six).

His device are designed to help ease people’s lives. He invented a fufu pounding machine, which could ease the lives of African women. Another invention is an automatic eating machine that will help the disabled; A surveillance camera that can track vehicles via a mobile phone and a device that enables users to lock one’s car engine using one’s mobile phone or somebody’s phone, to mention but a few. Abudu is one-person Africa can be sure has the concern of his people at heart and seeks ways to make his world better.

Do you know your urine can light your bulb? A group of young inventors from Nigeria in 2012 proved this. Duro Aina Adebola (16) Akindele Abiola (16), Faleke Oluwatoyin (16) and Bello Eniola (17)  are the four high school teenage students, that showcased a thoughtful and practical innovation that warmed the hearts of Africa and the International Community.

They invented a urine power generator which could provide safer, affordable and more access to electricity. The invention which was first showcased at the Maker Faire Africa annual Pan-African conference was born out of the girl’s school chemistry lab and could create six hours of electricity with one litre of Urine.

I’m simply imagining all the Urine that goes to waste in Africa daily, that could help advance this technology. These young minds will explode the world with this and more inventions no doubt.
So here you have it, ground breaking inventions that have, and are being made by young African Inventors, its just in the African blood to be creative, innovative and solution driven to our communal problems. If you are just like this ones, or feel you could be one or better, let this inspire you. The world is waiting for your invention that will make it a better place for you and I. Africa is waiting for you. Don’t keep her waiting too long please.

1 thought on “A letter to young African Inventors”