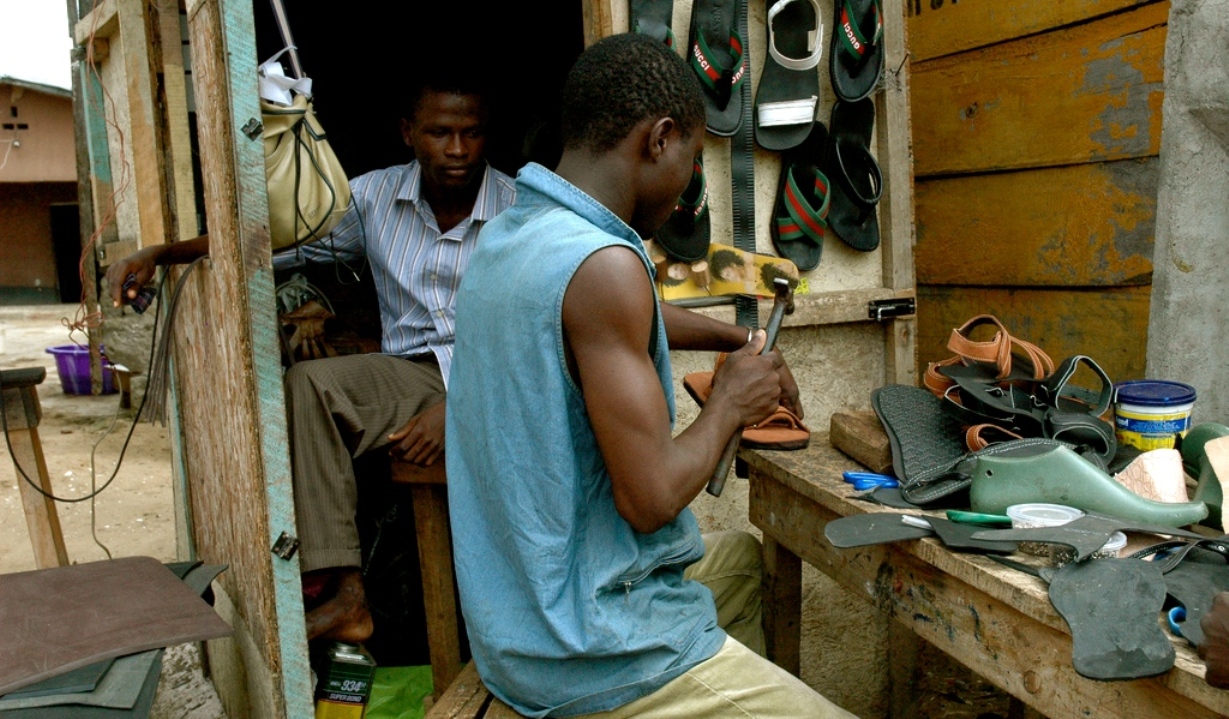 When it comes to business, the Igbo people of South Eastern, Nigeria seem to have hacked the perfect model years even before colonial rule. A business model that is unique only to the Igbo people, one that the world is struggling to depict in the form of “Stakeholder Capitalism”.

Do you want to invest in stock? download a free ebook now

The Igbo apprenticeship system also known as Igba-Boi, Imu-Ahia, or Igba-Odibo, is an informal scale of business mentorship within the Igbo people.
In the Nwa-Boy Igbo Apprenticeship system, a child usually a boy of around 10-18 years is sent off to live in the city with a successful businessman who is a relative or sometimes, a total stranger.
It is a system of wealth distribution amongst the Igbos that became a way of life in Igbo land even before the era of colonialization. During the time of slave trade at the shores of the Niger, Igbo merchants who owned slaves exposed them to ways of trading, business negotiations in commodities that they dealt in like spices, sugar, tobacco, cotton for export to the Americas, Europe, and Asia.

As such, the colonial era had Igbos as leading merchants in exportation and local trading.
Yet, the Igbo apprenticeship system was not fully recognized or put in place by the people till the Nigerian Civil War happened. You see the Biafran War, had so many impacts on the present-day culture and system of the Igbos down to their language but that’s a story for another day. After the war, the federal government of Nigeria confiscated every property and dime owned by the Igbo people, leaving them with only ruined cities and shattered dreams.

This was the beginning of the Nwa-Boy Igbo Apprenticeship system that we know today. In a bid to survive and build back their destroyed cities, Igbos had to leave the ruins of the East to other parts of Nigeria that were not affected by the war, states like Lagos, Kano, etc. whilst leaving for the bigger cities, the motto ‘Onye aghala nwanne ya’ was their mantra. It did not take long for those settled in the city to come back for others especially younger boys from less privileged families.

The process of sending the boy away does not just happen in a day, it happens in stages.
First is what we can call the scouting stage, here businessmen who are stable and averagely successful in their line of business will decide if they needs or can shoulder the responsibility that having a Nwa-Boy entails. Then they sends out words to their family or friends in the village to get a nice young boy for them to train and eventually settle. This stage can also be the other way around, a parent that is often not capable of training their child can decide to scout for a rich business person within their locality to hand over their child, trusting him to train him well. Of course, this requires a lot of trust from both parties as things can go very sour.

After the first stage where both parties have agreed to the informal or sometimes formal relationship, the next step is the negotiation stage. There must be an agreement between two parties, the ‘Oga’ (the businessman) and the ‘Nwa Boy’s family i.e the boy’s family. The agreement is usually word of mouth with several witnesses in the form of kinsmen and friends but in recent days, some of the agreements are written. Both parties will negotiate how many years the boy will serve his master and what kind of settlement reward he will be getting. It is important to note that the boy has no say in the matter.
After the scouting and negotiation stage, the boy officially becomes the responsibility of the ‘Oga’. some families host a little get-together to celebrate it. Then the Nwa-Boy stage starts.

The Igba boy stage covers the length of the ‘Nwa Boy’s stewardship. There is no fixed model from this stage, it differs from one businessman to another.
During this period, the boy is put through the ropes of the business. But it does not all start in a day, at first he might be subjected to running petty errands for his ‘Oga’. With time, he moves up the ladder.
When he’s able to prove himself and earn the trust of ‘Oga’, he is put in charge of managing the business while his boss is away.

After the agreed time, usually between 5-10 years, the boy gets to graduate.
It is not as simple as that though, the boy must have served his ‘Oga’ diligently and with no gross misconduct. Yes, a little truancy here and there, but nothing major, then he will be deemed worthy of settlement.
A lavish party is thrown in his honor, his ‘Oga’ will give him his blessings and a key to his own shop, fully stocked. This is done in the presence of other ‘Nwa Boys’ to show them an example.

Today, the Igbo Apprenticeship System has involved to what they call ‘Imu Ahia’. In the ‘Imu Ahia’ system, the boy is not required to serve the “Oga’ completely but just in the areas of the business and it is paid for.

That the Igbo people, today, are considered one of the top business-minded communities in the world steams from the Nwa-Boy Apprenticeship system.
Yes, the system has its flaws and failings but it cannot be denied that some of the finest business tycoons in Nigeria passed through this system.

Today, the Igbo Apprenticeship system is studied across the world for example in the Harvard Business School.