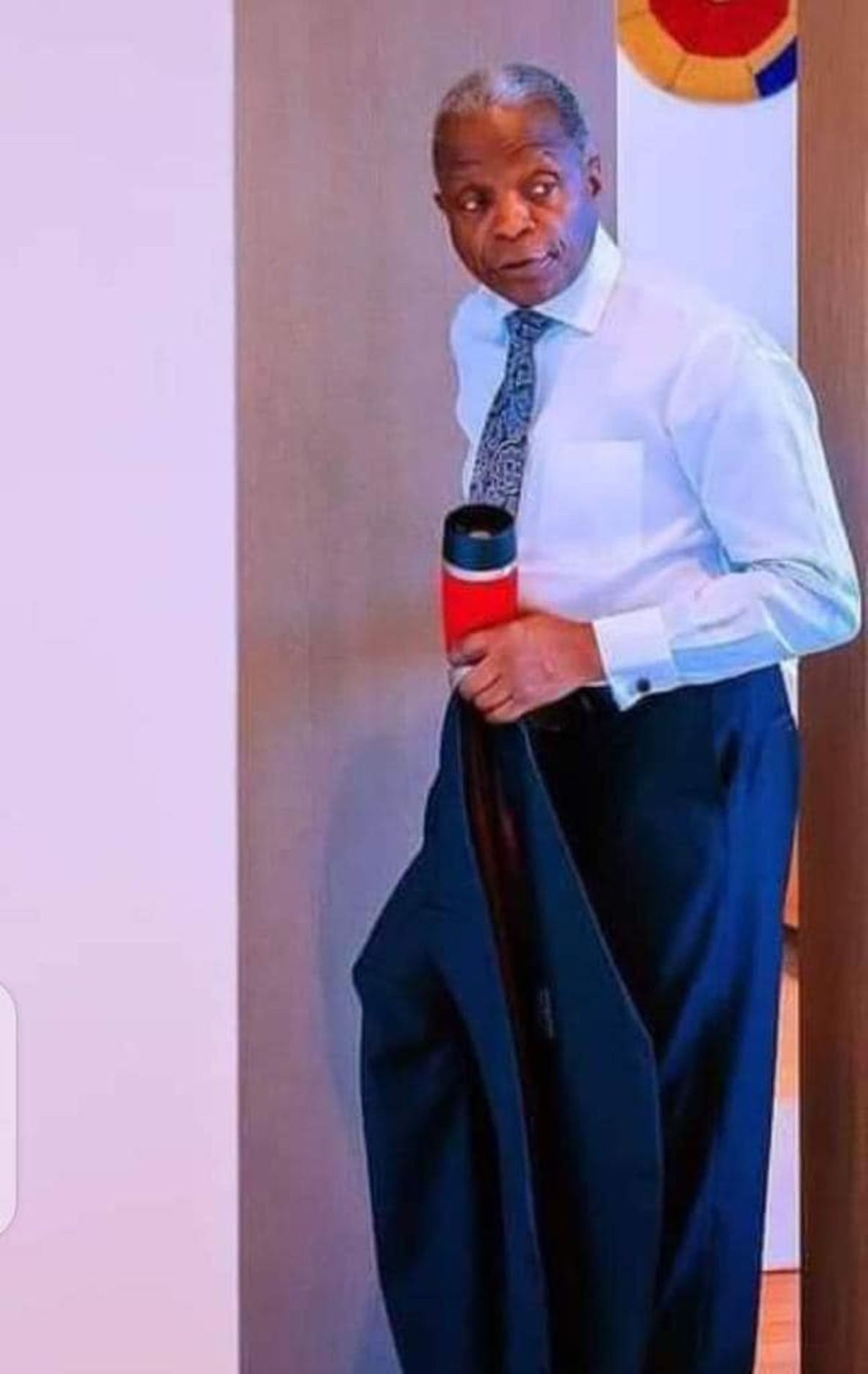 Prof Yemi Osinbajo is the the current Vice President of Nigeria, a Professor of Law and a Senior Advocate of Nigeria who started as a legal officer with Bendel Development and Planning Authority (BDPA) from 1979 to 1989 during the compulsory one year National youth service.

Prof Yemi Osinbajo was as a Lecturer of Law at University of Lagos; he worked as an adviser on legal advice and litigation to the Attorney-General of the Federation and Minister of Justice, Prince Bola Ajibola and was a senior partner at Simmons Cooper partners before becoming Nigeria’s Vice President.

1. I understand the law of sowing and reaping. It is a spiritual law that has tremendous physical implications. Every time that we delay or frustrate what we can do today, leaving it till tomorrow, we hold back the future. We, too, must reap what we have sown by experiencing delays.

2. Great economies and great nations, prosperity and abundance of nations and communities are created by men and not spirits

3. Our country has the potential not just to be the giant of Africa but a major economic giant in the world

4. Our diversity as a people united is also our potential to transform our large deposits of mineral resources and use same for national development.

5. Africa Rising is as much about improving standards of governance as it is about an increasingly confident youths and civil society. It is also about businessmen and women who are stepping beyond national borders and going global.

6. We in Nigeria have seen just how difficult it is to get back stolen assets from the international financial system, such as banks that ought not have received those funds in the first place if even the most routine questions were asked.

7. There is no wisdom of man that can change men or change nations; it is the power and wisdom of God that can

8. Nigeria’s unity is one for which enough blood has been spilled and many hundreds of thousands of lives have been lost. Many have paid for the unity of this country with their lives, and it will be wrong of us, as men and women of goodwill in this generation, to toy with those sacrifices that have been made.

9. We are committed to a continuous engagement with our people to explain government policies, receive advice and criticism

10. There is need for regulation and not prohibition of cryptocurrency

11. Our children are showing us that it is possible to forge friendships and bonds across ethic and religious lines that are even stronger than family ties and this in itself evokes the possibilities of unity in diversity

12. Many of the ethnic and other parochial tensions that have tended to create insecurity and outright conflict, time and time again are largely as a result of failure to deliberately undertake nation-building efforts.

13. The classification of Nigerians as indigenes and non indigenes is a form of apartheid and contradicts our declared aspirations toward equity and unity.

14. The value of integrity and hard-work are necessary for the development of our nation

15. The most successful of the nations of the World are those who do not fail into the lure of secession but who, through thick and thin, forge unity in diversity

16. Our efforts in embracing community policing as a national security strategy is also informed by the need to close the trust gap between the police and the citizens and to build partnerships and strengthen collaboration with communities toward addressing prevalent security issues

17. Any Nation that does not emphasize Integrity will always fail

18. We are fully aware that Nigeria’s aspirations for a highly competitive economy will remain unfulfilled if we do not create a business environment that is conducive for your businesses to thrive. Among other factors, a friendly business environment engenders productivity while ensuring that products and services meet the highest standards.

19. There are still close to 600 million Africans without access to electricity. For the few with access to electricity, it is either unreliable due to lack of generating capacity and infrastructure, or unaffordable due to high prices. But a more important aspect of that problem is the 2.6billion people globally without access to clean cooking solutions, including over 900 million in Africa.

20. The question of global dimensions to local security challenges speaks to the complexity that every local challenge invariably has a global or trans-border link. Meaning that you cannot solve the local problem without understanding the international dimension.

22. There is no reason why the current encouraging share of manufacturing in the Intra-African trade cannot be further increased by improving transport links in particular. The single African Air Transport market offers us a fantastic opportunity to build a continental aviation sector that will help to move people and goods around the continent more quickly and efficiently.

23. For Africa, two existential crises confront us; climate change and extreme poverty, heightened by poor access to electricity. We must, for instance, push back vigorously against the efforts in multilateral financial institutions to defund gas projects and argue instead that gas is needed as a transition fuel not only for electric power generation and baseload for solar mini-grids but also for transportation

26. We owe our people a duty to lift their minds to the level where they can benefit maximally from their environment and give benefit to others.

27. Parliaments are the locus of democracy. The price of liberty, someone once said, is vigilance; but I must say it is not just visions, but action. We must, for example, condemn adventurers who truncate democratic institutions by coup d’états like we have seen in parts of the continent in recent times.

28. Africa’s economic future might really be at risk if we do not find our voices and in unison insist that the necessary speed to zero emissions must not mean disaster for our African economies.

29. We are at a point in the odyssey of technology and innovation in which the big challenge is that of how to create the institutional architecture to safeguard and consolidate the progress already made.

30. Everything is possible if the mind of a human being is educated. Every child who is born is born with talent, born with some ability, but nothing will happen if they are not educated to express those abilities