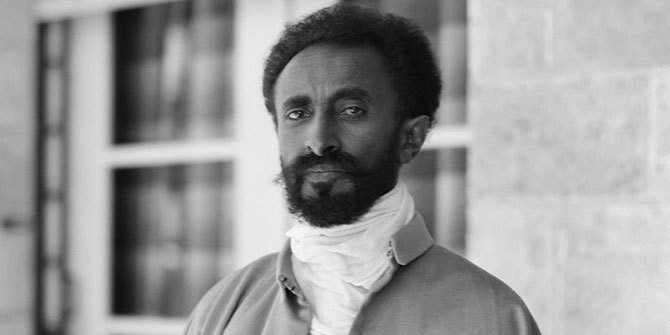 Widely known as a man who worked to modernized Ethiopia, Haile Selassie was an Ethiopian regent from 1916 to 1930 and emperor from 1930 to 1974.

Born on July 23, 1892, Haile Selassie was originally called Tafari Makonnen and he played a key role in the establishment of the Organization of African Unity (OAU).

He was Ethiopia’s 225th and last emperor and was often associated with being the child of King Solomon and the Queen of Sheba.

Here’s our selection of 15 Powerful quotes of Haile Selassie

1. An awareness of our past is essential to the establishment of our personality and our identity as Africans

2. We must become bigger than we have been: more courageous, greater in spirit, larger in outlook. We must become members of a new race, overcoming petty prejudice, owing to our ultimate allegiance not to nations but to our fellow men within the human community

3. If a strong government finds that it can, with impunity, destroy a weak people, then the hour has struck for that weak people to appeal to the League of Nations to give its judgment in all freedom. God and history will remember your judgment.

4. Peace is a day-to-day problem, the product of a multitude of events and judgments. Peace is not an ‘is,’ it is a ‘becoming.’
5. Throughout history, it has been the inaction of those who could have acted, the indifference of those who should have known better, the silence of the voice of justice when it mattered most, that has made it possible for evil to triumph

6. Do not worship me, I am not God. I’m only a man. I worship Jesus Christ

7. Education is a means of sharpening the mind of man both spiritually and intellectually. It is a two-edged sword that can be used either for the progress of mankind or for its destruction. That is why it has been Our constant desire and endeavor to develop our education for the benefit of mankind

8. Above all, we must avoid the pitfalls of tribalism. If we are divided among ourselves on tribal lines, we open our doors to foreign intervention and its potentially harmful consequences

9. No one should question the faith of others, for no human being can judge the ways of God.

10. It is much easier to show compassion to animals. They are never wicked.

11. If you are open-minded and ready to learn, there are many things which you can learn not only from books and instructors but form the very life experience itself

12. A man who says “I have learned enough and will learn no further” should be considered as knowing nothing at all.

13. Education develops the intellect, and the intellect distinguishes man from other creatures. It is education that enables man to harness nature and utilize her resources for the well-being and improvement of his life

14. The true leader is a different sort; he seeks effective activity which has a truly beneficent purpose. He inspires others to follow in his wake, and holding aloft the torch of wisdom, leads the way for society to realize its genuinely great aspirations.

15. History teaches us that unity is strength, and cautions us to submerge and overcome our differences in the quest for common goals, to strive, with all our combined strength, for the path to true African brotherhood and unity