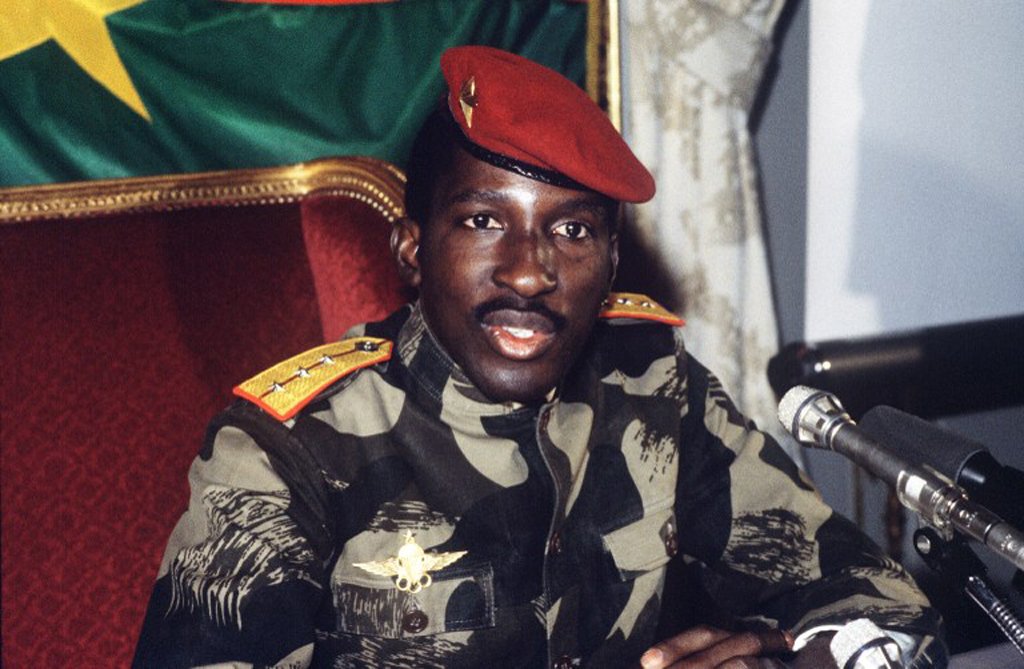 Thomas Sankara was an anti-imperialist stalwart, a humanist and a revolutionary.

Born on 21 December 1949, his parents wanted him to be a priest, but he opted for a military career.

When Burkina Faso was rocked by a series of labor union strikes in early 1980, Thomas Sankara military achievements made him a clear choice for a political appointment but his political integrity landed him in jail on Several Occasions.

He later became the prime minister of the newly formed Council for the Salvation of the People in 1983 and became Burkina Faso president from 1983 -1987.

Thomas Sankara who was assassinated in 1987, lead the transformation of Burkina Faso during his Presidency from a poor country who was mainly dependent on foreign aid, to an economically viable country.

1. I think the most important thing is to bring the people to a point where they have self-confidence, and understand that they can, at last, be the authors of their own well being.

2. You cannot carry out fundamental change without a certain amount of madness. In this case, it comes from nonconformity, the courage to turn your back on the old formulas, the courage to invent the future

3. I want people to remember me as someone whose life has been helpful to humanity

4. Our country produces enough to feed us all. Alas, for lack of organization, we are forced to beg for food aid. It’s this aid that instills in our spirits the attitude of beggars

5. We must learn to live the African way. It’s the only way to live in freedom and with dignity

6. Imperialism is a system of exploitation that occurs not only in the brutal form of those who come with guns to conquer territory. Imperialism often occurs in more subtle forms, a loan, food aid, blackmail . We are fighting this system that allows a handful of men on earth to rule all of humanity

7. We are not against progress, but we do not want progress that is anarchic and criminally neglects the rights of others.

9. Inequality can be done away with only by establishing a new society, where men and women will enjoy equal rights, resulting from an upheaval in the means of production and in all social relations. Thus, the status of women will improve only with the elimination of the system that exploits them.

10. The revolution and women’s liberation go together. We do not talk of women’s emancipation as an act of charity or because of a surge of human compassion. It is a basic necessity for the triumph of the revolution. Women hold up the other half of the sky

11. While revolutionaries as individuals can be murdered, you cannot kill ideas

12. We must dare to invent the future.