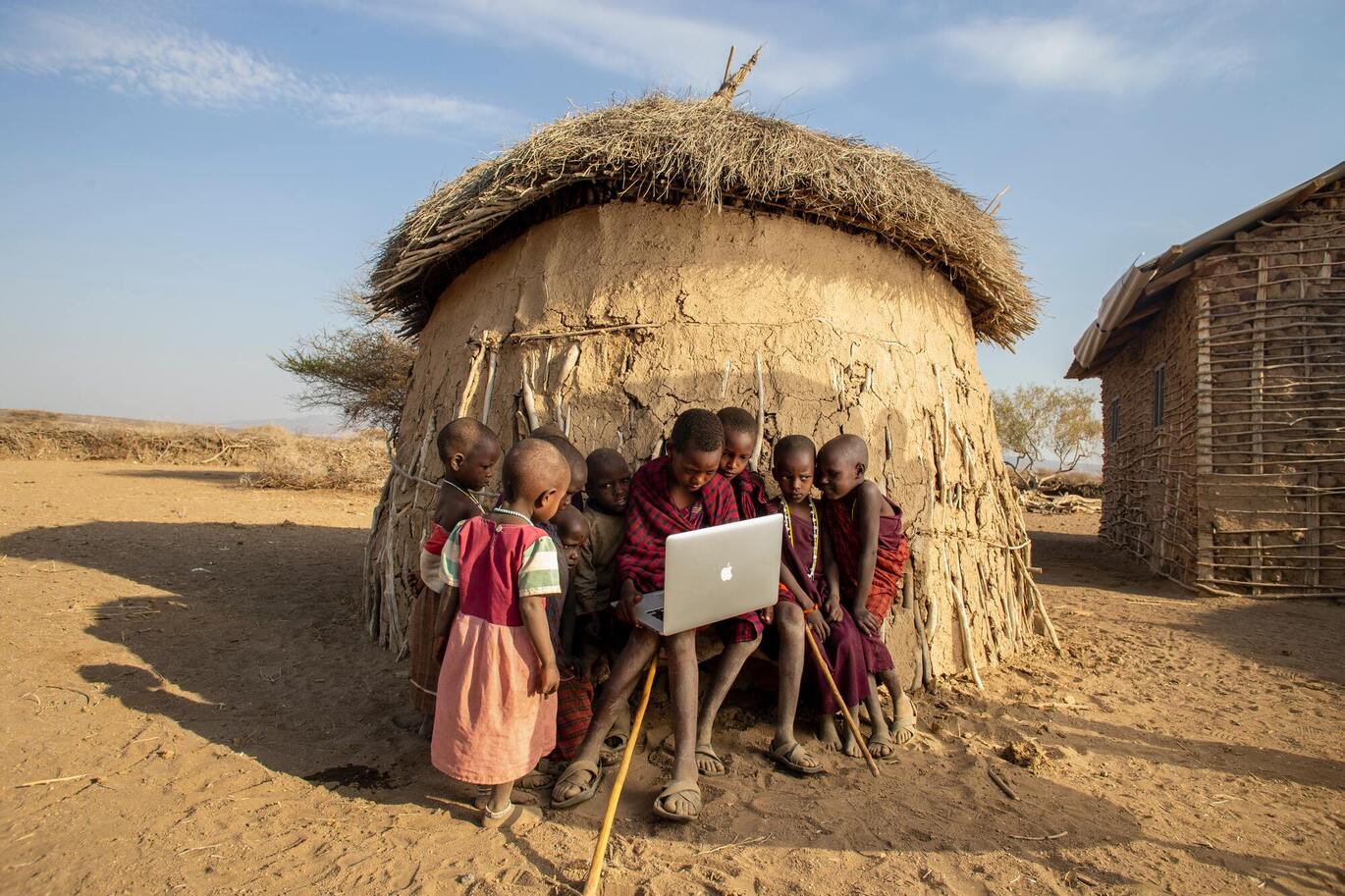 Young Africans looking into creating a sustainable and innovative product in the world cannot do it without involvement in tech. Technology is one aspect of everyday life individuals cannot do without; Bill Gates once said, “the advance of technology is based on making it fit in so that you do not even notice it, so it is part of everyday life.” This statement confirms that tech has become a globally accepted phenomenon.

In this article, we will be looking at 10 young Africans entrepreneurs transforming the tech industry.

Yonas Beshawred is a 33-year-old Ethiopian entrepreneur, who is one of the few Black founders in the Silicon Valley. Beshawred made his breakthrough in the tech industry after working at Accenture, a Fortune Global 500 company. The exposure Beshawred got at Accenture helped him understand how top companies are using tech to make business management effective. He, therefore, was able to strategize on creating a professional directory for startup software development.  Beshawred, through, networking was able to raise funding to kickstart StackShare.

StackShare was Beshawred’s solution to the software development problems commonly encountered by developers when making tech decisions in product development. It can be pictured as LinkedIn for software developers. Beshawred was able to bring together information on SaaS solutions of different companies and allow developers to get access to them using StackShare.

As of 2022, over one million global developers, architects, and CTOs use StackShare to manage products. StackShare has become a necessary tool for startups to use for product development. When asked about why StackShare was a professional tool for startups during an interview with Forbes, Beshawred replied; ‘the right software can have a huge impact on your work and make your job ten times easier.’

Imagine having a tool that can write your meeting notes by recording the voices and turning them into highlighted notes. That would be amazing right! This is what Sam Udotong did with Fireflies.

Sam Udotong is one of the young tech entrepreneurs promoting sustainability in the tech industry. The Nigerian entrepreneur founded Fireflies, a transcription company, in 2016. Fireflies is a solution designed to help create meeting notes through the instruction of Artificial Intelligence. Udotong founded the company alongside Krish Ramineni after graduation from college. The plan for Fireflies began at the Massachusetts Institute of Technology, where Sam was studying Aerospace and Computer Science.

The idea for Fireflies was first tested as an on-campus food delivery app that receives payment in bitcoin. Eventually, Udotong, after several product tests, decided to turn Fireflies into what it is today. Fireflies is the largest transcription company in the world.

Udotong got the first seed funding for Fireflies in 2019, which he invested into creating more innovative ideas for the company. In 2021, the company raised $14 million in funding, creating an avenue for Udotong and his team to launch Fireflies. Udotong as a young entrepreneur has been able to create a user base of over 35,000 organizations and a global team of over 10,000 people dedicated to improving Fireflies daily.

The young Ivorian techie discovered his passion for entrepreneurship at 18. The Agricultural Economics graduate from the University of Laval, Canada, launched Investiv, a company that focused on implementing technological innovations in agriculture in his home country in 2018. Investiv was recognized as one of the promising African startups by the Ivorian Business Confederation in 2018. In 2020 Africa Business Heroes, Abobacar Karim was among the top ten finalists.

What made Karim’s Investiv stand out was the idea of improving crops by using drones and AI-powered systems. Investiv used drones to supply farmers with equipment needed to protect the soil quality and plant health. Investiv offers farmers services such as; management of crop development, provision of pesticides, access to fertilizers, conducting soil quality tests, and agricultural automation.

Merging technology with agriculture made Karim ensure that the African startup, Investiv makes the fresh and nutritious plant produce accessible to people in Cote d’Ivoire.

Chebet is a 32-year old female entrepreneur from Kenyan. She came into the limelight when she introduced a solution that is helping to solve the lack of affordable fuel in Kenya. Chebet, through her company BrightGreen Renewable Energy, introduced an alternative fuel from wastes material known as biomass. The biomass was converted into charcoal briquettes which can be used in households across Kenya. BrightGreen gave Kenyans access to affordable fuel and also save the environment from the deforestation of trees. Cooking with the innovative charcoal was less harmful to the household and environment because it does not release toxic smoke like the traditional charcoal.

Chebat’s charcoal briquettes were estimated to have saved 800 tons of trees in 2017. To get the product across consumers in Kenya, Chebet had to distribute using her network of women entrepreneurs. This was an impressive sales channel strategy for her and her team.

This young entrepreneur’s contribution to sustainable living in Kenya and Africa at large earned her multiple awards and recognition. Some of the awards include; 2017 Scale-Up Fellow at MIT, Queen’s Young Leader Award 2017, Cartier Women’s Initiative, and Mandela’s Washington Fellowship for Young African Leaders.

It is no longer news that electronic wastes are harmful to society. The best way to protect the environment from e-waste is to ensure that electronics are recycled appropriately after use. The problem commonly associated with recycling electronics is that it can be tedious as it always involves physical contact with the buyers. However, a young Ghanaian tech entrepreneur, DK Osseo-Asare has made this easier by creating the world’s largest e-commerce waste site known as the Agbogbloshie Makerspace Platform (AMP).

Unlike other e-commerce platforms, AMP only offers the buying and selling of e-wastes. Through AMP, e-waste disposal becomes easy as sellers and buyers meet on the website. Companies looking into recycling e-wastes can source for them on AMP.

Prisca Magori is another female African entrepreneur breaking barriers in the tech industry. Prisca is a co-founder and CEO of TenTen Explore, Africa’s first digital tourism marketplace. The young entrepreneur who graduated from the Department of Petroleum Engineering at the China University of Petroleum, made a remarkable appearance in the tech industry in 2021 when she launched the TenTen Explore platform. TenTen was created to help Africans and foreigners travel around Africa by providing information and help on roadmaps, tourist sites, hotels, weather, people, culture, etc. to travelers.

Prisca’s innovative idea to revolutionize the way people think about travel and tourism in Africa was well accepted by many, and in no time, TenTen got a lot of users. Less than a year after its launch, TenTen mobile app has over 2,000 downloads. Getting a lot of downloads is quite remarkable for a product that is just penetrating the market.

Speaking at an interview about her journey so far in TenTen, Prisca stated that technology is the future for all; “the future is female? Well, guess what the future is now. Just get on it, technology has no gender, it does not require you to be a professional tech person get to learn the basic skills and get on.”

Formerly the personal assistant to the Nigerian Minister of Power, Works, and Housing before moving to start a career in the tech industry. Omorogbe is the co-founder and Chief Operating Officer of Bamboo, the Nigerian digital investment platform launched in 2020. Omorogbe studied Chemical Engineering at the Imperial College London, after which she returned to Nigeria to start her entrepreneurship journey.

Omorogbe and Richmond Bassey, the other co-founder of Bamboo, were able to create a solution to the problem of Nigerians getting local and foreign stock using their mobile phones or computers. Through Bamboo, Nigerians can get shares in global companies like Meta, Google, Microsoft, Twitter, etc. Two years down the line, the African startup has over $15 million in financing rounds.

Access to medical services is one problem the low-income earners face in Africa. 28-year-old Lilian provides a solution to this problem by launching Jamii, a low-cost health insurer platform to help Tanzanians earning below $70 access medical services. Lilian started the project with her husband, who helped fund the Jamii. Eventually, she got funds from the Bill Gates Foundation in 2015 to improve Jamii.

The entrepreneur stated that she launched the platform to encourage majorly poor Africans to get medical insurance and learn about other financial services. Since its establishment, Jamii has generated over 8,000 active users and a 40% steady monthly growth rate. The female entrepreneur among the top young entrepreneurs in Africa.

Well, if you did not know that you could breed your fish without being an experienced farmer, now you do. With the agricultural Innovation introduced by Flavien Kouatcha, it is now possible for anyone to farm, sell or eat their fish. Klavien came about this self-farming skill after developing a kit for breeding tilapia and carp fish. The kit can be used by anyone; experienced farmers and newbies. Flavien through his fish breeding kit has been able to promote sustainability and waste management in farming; fish water from the kit can be collected and used for farming, while the waste can serve as farm fertilizers.

The young African startup owner has sold over 200 units of the kit since the product was launched. Flavien also created a YouTube channel to help young Africans learn how to develop their self-farming skill.

Guy does not believe that there is no value in waste. The young entrepreneur has convinced Africans that a lot of money can be generated through the proper management and recycling of the waste in the environment. The entrepreneur launched Soleen, a waste management company based in Abidjan.

Soleen partners with recycling companies to gather wastes and turn them into products sold to consumers. One of such partners is Carrefour, a food recycling and processing company. Guy does not stop at that alone; he is fervently working on ensuring proper awareness about the importance of waste recycling in Africa. The young entrepreneur is planning to introduce intelligent bins to Africa through a partnership with European brands.

The young entrepreneurs listed in this article have all used different innovative strategies to develop and promote sustainability in Africa under the tech industry. They have built startups that compete with the world’s standards.