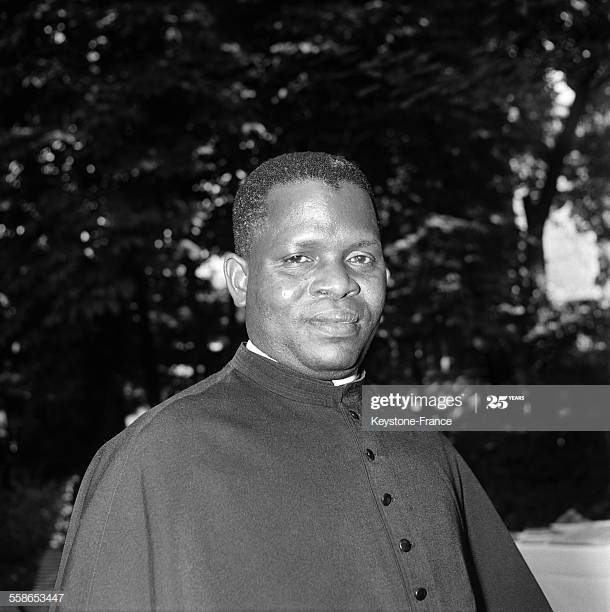 Fulbert Youlou was a Roman Catholic Priest who was the first President of Congo (Brazzaville), when the Country gained its independence in 1960.

Born in 1917, Fulbert Youlou was a strong critics of communism and a great promoter of economic liberalism.
He was trained and ordained as a Catholic Priest before venturing into politics. However, some decision during his presidency inspired a revolution in Congo which forced him to resigned from office.

1. African development depends on industrialization. Only by producing itself the essential manufactured goods it needs, can Africa ensure its development and reach a higher standard of living.

2. One of the essential rules for any constructive human endeavour is to lay sound foundations before building up to the summit. This imperative need obliges the African peoples to fashion first of all their national unity, then to associate these acquired national unities into a whole, which brings them together while allowing them to retain their individuality, and finally to concentrate at the summit what ever is of universal application for Africa.

3. The principle of African unity must be the foundation stone of the foreign policy of African States

4. What does the African conscience dictate? Above all, that we must be free men and that in Africa there should be only free men, which implies the complete liberation of the continent from all colonialism and its vestiges, as we affirm the complete equality of Africans and their rights, in relation to the other peoples of the world

5. The idea of a Common Market is compelling, and must be reckoned with, even if it is difficult to achieve in the present state of inter-African trade. It adds a further element to the
African consciousness; namely, the idea of mutual economic assistance to attain together
and sooner an improvement in the living standards of the people

6. Africa cannot remain indifferent to the progressive and continuous deterioration in the price of its agricultural products. It must have international machinery capable of maintaining prices and avoiding over-production.

7. The unity of Africa reflects the most noble of aims. It ‘must be pursued by all who are convinced of its necessity

8. Working separately each state is unable to take action, except competitively, with other African States. Their grouping, however, as a sort of Inter-State Co-operative, would lend great weight to their negotiating power with the international purchasers of African products.

9. The African States conduct very little mutual trade. Most of their trade is between Europe and Africa. Exports consist mainly of raw materials, and agricultural, forestry and mining products. Imports consist mainly of manufactured goods. Economically speaking, the African States are competitive rather than complementary. Often they supply the same products. On the whole, their purchasing power is fairly low.

10. Africa must, however, have the right to seek the outside help it needs wherever it pleases. That is the primary concept of independence.