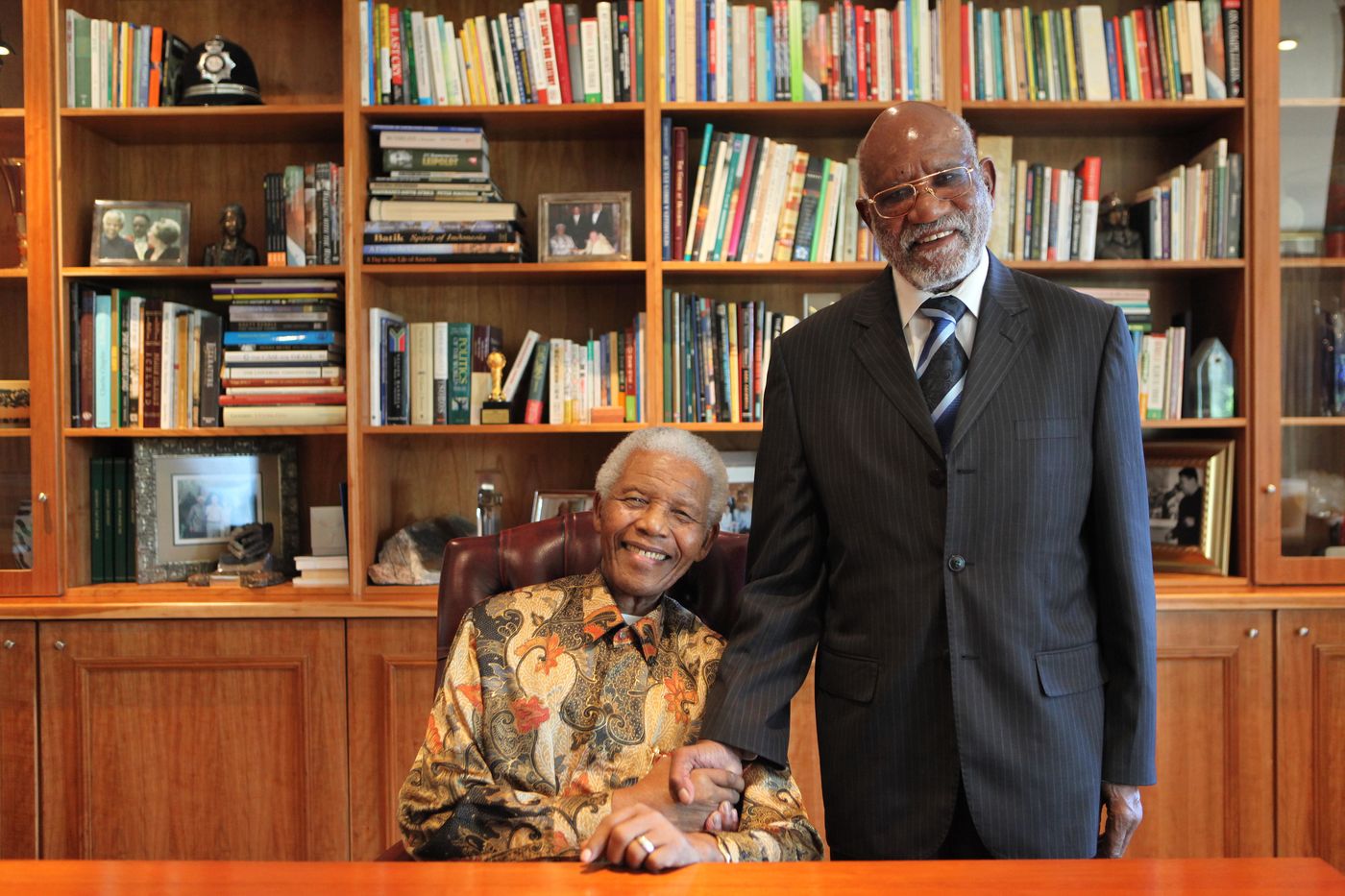 Andimba Herman Toivo Ya Toivo was a Namibian politician, Anti-apartheid activist and one of the founders of South West African People’s Organisation (SWAPO).

Born on August 22, 1924, Andimba Herman Toivo Ya Toivo was a member of the Native Military Corps for the South African defence force in the second world war(1942- 1943). He was a close friend of Nelson Mandela and he served 16 years jail term alongside Mandela at Robben Island.

1.  I have come to know that our people cannot expect progress as a gift from anyone, be it the United Nations or South Africa. Progress is something we shall have to struggle and work for. And I believe that the only way in which we shall be able and fit to secure that progress is to learn from our own experience and mistakes.

2. A Court can only do justice in political cases if it understands the position of those that it has in front of it. The State has not only wanted to convict us, but also to justify the policy of the South African government. We will not even try to present the other side of the picture, because we know that a Court that has not suffered in the same way as we have, cannot understand us.

3. I speak of “we” because I am trying to speak not only for myself, but for others as well, and especially for those of my fellow accused who have not had the benefit of any education. I think also that when I say “we,” the over whelming majority of non-white people in South West Africa would like to be included.

4. We are Namibians and not South Africans. We do not now, and will not in the future recognize your right to govern us; to make laws for us in which we had no say; to treat our country as if it were your property and us as if you were our masters. We have always regarded South Africa as an intruder in our country. This is how we have always felt and this is how we feel now, and it is on this basis that we have faced this trial.

We believe that human suffering has its effect even on those who impose it.

5. Many of our people, through no fault of their own, have had no education at all. This does not mean that they do not know what they want. A man does not have to be formally educated to know that he wants to live with his family where he wants to live, and not where an official chooses to tell him to live; to move about freely and not require a pass; to earn a decent wage; to be free to work for the person of his choice for as long as he wants; and finally, to be ruled by the people that he wants to be ruled by, and not those who rule him because they have more guns than he has.

6. We know that whites do not think of blacks as politicians—only as agitators.

7. Your government, my Lord, undertook a very special responsibility when it was awarded the mandate over us after the First World War. It assumed a sacred trust to guide us toward independence and to prepare us to take our place among the nations of the world. South Africa has abused that trust because of its belief in racial supremacy (that white people have been chosen by God to rule the world) and apartheid.

8. We believe that by living together, people will learn to lose their fear of each other. We also believe that this fear which some of the whites have of Africans is based on their desire to be superior and privileged, and that when whites see themselves as part of South West Africa, sharing with us all its hopes and troubles, then that fear will disappear. Separation is said to be a natural process. But why, then, is it imposed by force and why then is it that whites have the superiority?

9.We believe that South Africa has a choice—either to live at peace with us or to subdue us by force. If you choose to crush us and impose your will on us then you not only betray your trust, but you will live in security for only so long as your power is greater than ours.

10. We do not expect that independence will end our troubles, but we do believe that our people are entitled— as are all peoples—to rule themselves. It is not really a question of whether South Africa treats us well or badly, but that South West Africa is our country and we wish to be our own masters.