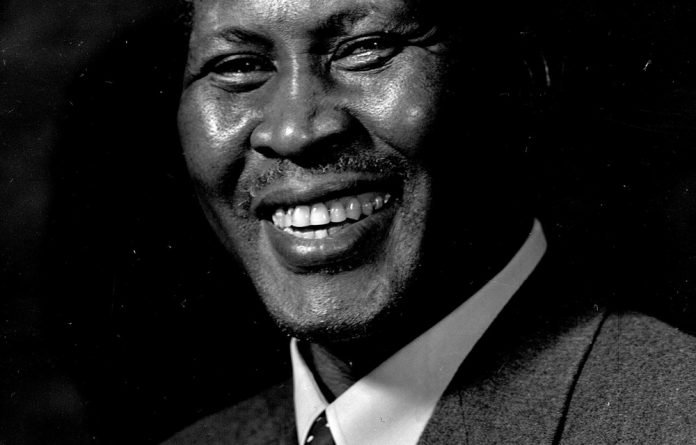 Albert Luthuli was the first African to be honored with the prestigious Nobel Peace prize. Born on November 30, 1897, Albert Luthuli was a teacher, a trade unionist, and the president of African National Congress (ANC) in 1952.

His leadership role in the non-violent struggle against the apartheid in South Africa earned him the Nobel Peace Prize Award in 1960.

He was arrested, tortured and persecuted for leading the campaign of civil disobedient against racial segregation in South Africa.

1. It is so easy to admire a person, to admire what he or she stood for or stands for, and yet shrink from cutting off the mission of the present.

2. Learn from yesterday, live for today, hope for tomorrow. The important thing is not to stop questioning.

3. In our contribution to peace we are resolved to end such evils as oppression, white supremacy and race discrimination, all of which are incompatible with world peace and security.

4. You have to learn the rules of the game. And then you have to play better than anyone else.

5. May the day come soon, when the people of the world will rouse themselves, and together effectively stamp out any threat to peace in whatever quarter of the world it may be found. When that day comes, there shall be “peace on earth and goodwill amongst men”, as was announced by the Angels when that great messenger of peace, Our Lord came to earth.

6. The fate of Africans in the cities of the nation rests on the stand we take against this tyrannical action of the government. As leaders we shall do all in our power to consolidate the country to oppose the carrying out of this outrageous tyrannical scheme.

7. Laws and conditions that tend to debase human personality – a God-given force – be they brought by the State or individuals, must be relentlessly opposed in the spirit of defiance shown by St. Peter when he said to the rulers of his day: ‘Shall we obey God or man

8. I do not hate the white man; you see, his position of domination has placed him in a position of moral weakness

9. I believe that here in South Africa, with all our diversities of colour and race; we will show the world a new pattern for democracy. There is a challenge for us to set a new example for all. Let us not side step this task

10. To remain neutral, in a situation where the laws of the land virtually criticized God for having created men of color, was the sort of thing I could not, as a Christian, tolerate