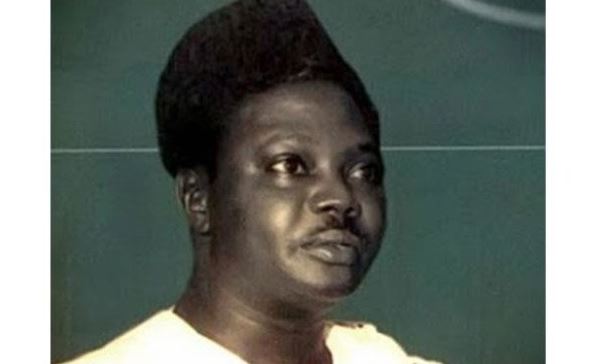 Murtala joined the Nigerian Army in 1958 and was a student of Odumegwu Ojukwu at the Regular Officers Special Training School , ROSTS (Teshie, Ghana) in 1959 who was an instructor  in military tactics and military law.

This 10 powerful quotes are cuttings from one of his greatest speech, ‘Africa has come of age’

1. Africa has Come of age. It is no longer under the orbit of any extra continental power. It should no longer take orders from any country, however powerful.

2. We cannot pretend that we are unaware of the machinations and conspiracies against our Continent by not just the racists of South Africa but even with those who pretend to be the friends of this Continent but whose sole interest is in what they can get out of us.

3. When I contemplate the evils of apartheid, my heart bleeds and I am sure the heart of every true blooded African bleeds.

4. The new weapon is no longer the Bible and the flag, but destabilization and armaments. Africa should show its awareness of this new danger and see the Angolan situation not as an isolated affair but as part of the greater danger

5. Angola is merely the excuse being used by those who cannot reconcile themselves to the momentous victories of the forces of African nationalism, to assert their neo-colonialist ambitions on the Continent. Angola merely provides the occasion to recreate the nineteenth century partition of Africa into spheres of influence where the predominant consideration will be the interests of the big powers without any consideration for the inalienable rights of the African.

We spend our meagre resources in maintaining peace and order, often to the advantage of the military industrial complexes in the so-called developed world. The gap between them and us then grows even wider, we become even weaker and create greater conditions for the interference of the developed countries in our domestic affairs.

7. If Africa does in fact rank so low in United States concern, it becomes even more irritating that an American Administration should suddenly take upon itself to dictate to this august assembly how to settle an African problem.

8. The monetary crisis has highlighted the vulnerability of the economies of the developed countries and the extent to which their prosperity has been built on our poverty.

9. As long as the neo-colonialists who pretend to be our friends succeed to set one section against another, they will ensure our continued dependence on them.

10. There is hardly any of our countries which, having emerged from colonialism to independence has not been subjected to subversion and other covert activities to promote instability. Such a situation of political chaos helps to keep our countries weak and underdeveloped to the delight of the neo-colonialist who can always point to the inability of the Africans to rule themselves much less rule the white minorities in Southern Africa.