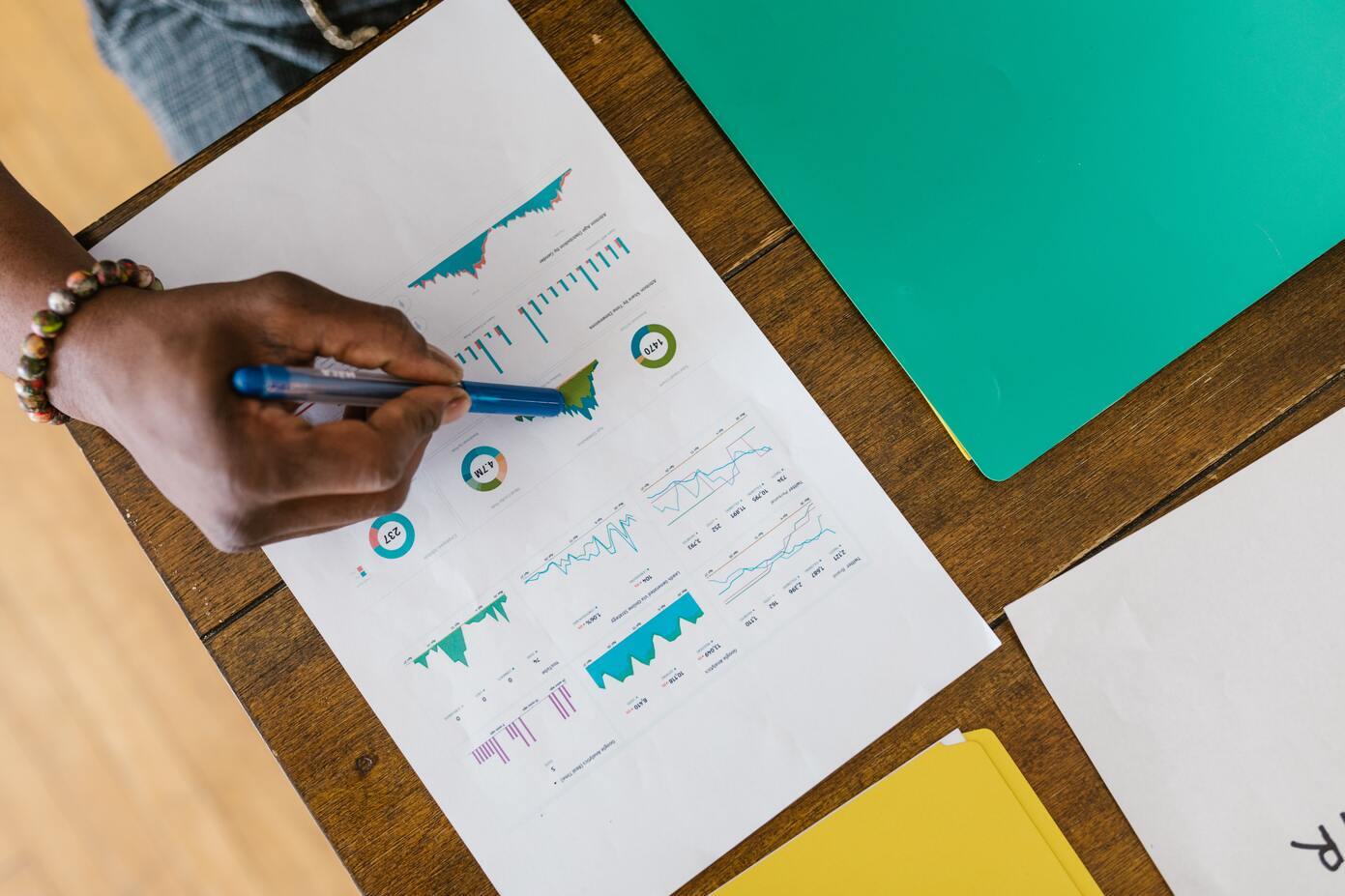 All the investors featured in this list of 10 legendary African  investors either started from the bottom with nothing or were born into money. Whichever the case, these African investors are very business-minded, all having investments in different sectors. Without saying much, meet African legendary investors.

This list of 10 Legendary African investors consists of the richest African billionaires according to Forbes list 2022. The investors mentioned have their primary business in Africa; therefore, we have excluded African-born investors who own businesses abroad, such as Mo Ibrahim. Net worth have been defined by stock prices and currency exchange rates as of January 2022. Note that the net worth may change within weeks or even days.

Born in 1957, Aliko Dangote is Africa’s richest man. He owned one of the most valuable conglomerate in West Africa, known as the Dangote Group. Dangote is involved in various industries such as consumer goods, oil and gas, and manufacturing. Dangote cement contributes up to 85% of the conglomerate’s income and operational in 10 African countries and produces 45.6 million tons of cement annually. The Dangote Group also owns  sugar refinery.

Dangote’s story is inspirational, and his entrepreneurial spirit is unfamiliar in Africa. Dangote began working on his dream when he was 21. After graduating from college, he borrowed $3000 from his uncle to invest in a company dealing with agricultural commodities locally in Nigeria. The business was a success, and he has since built an empire in three decades.

Dangote has been involved in humanitarian efforts in Africa. For instance, in 2013, the Dangote group partnered with Bill and Melinda foundation to fully eradicate wild polio from Africa. A decade later, the continent is free from wild polio attacks.

Johann Rupert is a South African Billionaire, he has investment in luxury goods, including Azzedine Alaia, Chloe, and Dunhill. Johann Rupert is also in charge of the world’s largest luxury watchmaker, Cie Financiere Richemont. He also owns luxury jewelry and watches brands such as van cleef arpels, Vacheron Constantin, Net-a-Porter, and Cartier. Rupert was born in 1950 and is the eldest son of tycoon Anton Rupert.

Interestingly, Rupert started off his career in banking in New York. In 1979, he went back home and founded the Rand Merchant Bank, which he later left in 1984.

Rupert stands out as an investor because of the numerous awards and accolades. In 1992, he was appointed at the world economic forum as one of its global leaders of tomorrow. In addition, he has been named the most influential leader in South Africa and a business leader of the year severally.

Besides excelling in the business world, Rupert has also made an effort to promote a healthy society and uplift Africa.

Nicky Oppenheimer is a South African investor who was born in 1945 in South Africa. Oppenheimer was in charge of Debeers, the biggest diamond producer globally, which he sold to Anglo American for $5.2 billion in 2012. The sale contributed largely to Oppenheimer’s current position as one of the wealthiest investors in Africa. Oppenheimer has many private equity investments in Asia, the US, Europe, and Africa.

Oppenheimer’s wealth is family money, having inherited the company in the third generation. The company was started by Cecil Rhodes, who left the company to Robert Oppenheimer, who later left it to his son. Cecil Rhodes made a fortune due to the 1917 formation of Anglo American in South Africa, which later took over the company in 2012.

Nassef Sawiris is the richest person in Egypt. He hails from a noble family and is a renowned investor in construction and engineering. His most notable investment is a 6% stake in well-known sportswear giant Adidas. He controls one of the largest nitrogen fertilizer producers, Orascom construction, globally, with large plants in Texas and Iowa. He also has significant stakes in giant Lafarge Holcim, the world’s largest cement producer.

Sawiris was born in 1961, is married, and has four children. He inherited the construction company from his dad, who had built it to become one of Egypt’s largest contractors. His company, Orascom, become the largest in Egypt in the 1990s.

Rabiu is a renowned Nigerian investor and the founder of BUA Group, a conglomerate that deals with cement, sugar, and real estate. In 2020, Rabiu merged his privately owned company Obu cement with another major cement firm in northern Nigeria known as Cement Co. The merger was called BUA Cement Plc and one of the biggest companies in Nigeria. Rabiu owns a 98.5% stake in BUA.

Rabiu is the son of a businessman and was born in 1961. He began his journey with a startup that imported iron, steel, and chemicals.

Mike Adenuga made his wealth from telecom and oil production. He owns the third-largest mobile phone network in Nigeria, Globacom. Globacom has over 55 million subscribers in Nigeria and operates in Ghana and Benin. Globacom offers both GSM and internet services.   He has also investment in oil.  He is the chairman of Conoil. Adenuga’s success story is inspiring, having earned his first million at 26, selling lace and distributing soft drinks.

Issad Rebrab shows his investment prowess through his company, Cevital, Algeria’s largest privately-held company. Cevital is one of the worlds biggest sugar refineries, producing up to two tons annually. Cevital is the parent company to European companies such as Groupe Brandt, an Italian steel mill, and a water production company. Cevital started as a food production company and later diversified into transport, automotive, float glass production, agribusiness, large-scale retail, and household appliances.

Naguib Sawiris is an Egyptian investor and the former chairman and CEO of Orascom Telecom Holding. Naguib’s fortunes come from selling Orascom Telecom to a Russian telecom firm in a multibillion deal. He joined Orascom in 1979, where he contributed to its diversification to become one of Egypt’s largest conglomerates. Currently, he chairs Orascom TMT investment and has stakes in an Italian internet company known as Italia-Online. His media globe holdings makes him 88% owner of pan-European pay-TV and video news network called Euronews.

Patrice Motsepe stands out because he was the first black African to make it into the Forbes list in 2008. Patrice’s investment span from mining, advocacy, sport, and finance. He amassed his wealth from founding the African Rainbow Minerals in South Africa. He also owns a private equity firm, African Rainbow Capital. In addition, he owns the Mamelodi Sundowns Football Club and has significant stakes in Sanlam, a financial services company.

Koos Bekker is the Chairman  of  media group Naspers. Bekker is also a co-founder of M-Net/ Multi-choice pay-television. Currently, M-Net operates in 48 countries and has over seven million subscribers. He is also a founding director of the telecommunication company, MTN, established in 1994. MTN is the most prominent phone operator in Africa and eighth in the world. Bekker became popular due to turning Naspers from a newspaper publisher to an e-commerce investor and cable TV giant. In 2001, he led Naspers to acquire $34 million holdings in a Chinese internet company, perhaps the most significant move made by the company. During his period as CEO, Bekker made an agreement with Nasper to not get a salary but instead get paid through option grants which grew over time.